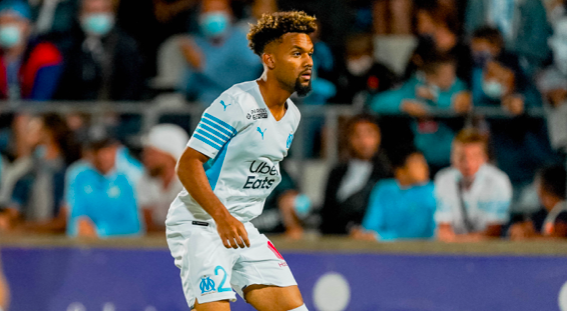 Konrad De La Fuente hasn’t been at Ligue 1 club Marseille long, but the young American winger is already making an impact during the preseason schedule.

De La Fuente came off the bench in Thursday’s friendly against Swiss Pro League side Servette, registering two assists in a 3-1 victory. It was De La Fuente’s first assists for his new club after making a permanent switch from Barcelona earlier this summer.

The 20-year-old came off the bench in the second half and wasted little time making an impact in the final third. De La Fuente’s danced his way into the box before setting up Dario Benedetto for the go-ahead goal in the match.

De La Fuente added a second assist in the 90th minute of the match, once again breaking free on the left wing and this time, unleashing a low cross towards the back post. Benedetto was able to pounce for his second goal of the victory.

Marseille’s preseason schedule continues on July 21st against Portuguese side Braga before concluding against Benfica on July 25th. De La Fuente could make his competitive debut for the club as early as August 8th when Marseille visits Montpellier in its Ligue 1 opener for the 2021-22 season.