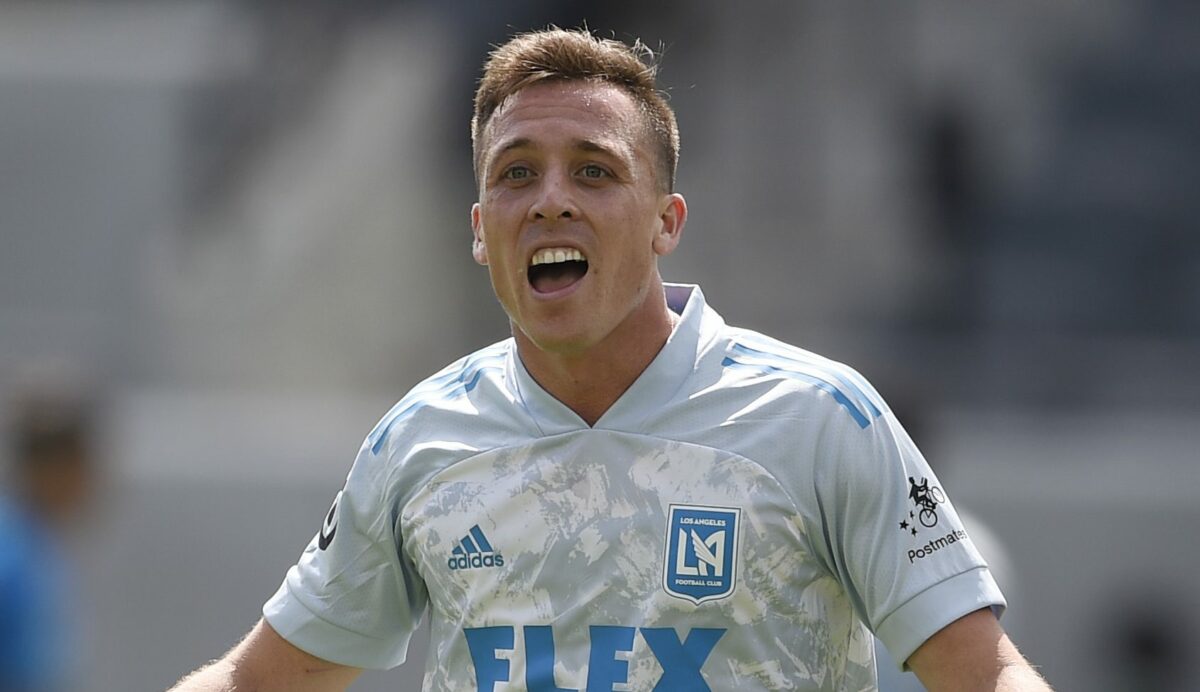 Corey Baird started the 2021 MLS season strong for LAFC, but now finds himself on the move for the second time in quick succession in the Western Conference.

Baird, 25, made 14 appearances, during his first season with LAFC after a trade with Real Salt Lake in January. He registered three goals and two assists for the black and gold, but started just once in the club’s last eight games.

Baird spent three seasons with RSL after signing a homegrown contract ahead of the 2018 season. He was named Rookie of the Year after a stellar inaugural campaign and overall contributed 15 goals and 13 assists in 81 appearances for the Utah-based club.

Internationally, Baird has made four appearances with the U.S. men’s national team, tallying an assist on his debut in an international friendly against Panama in January 2019.

McKinze Gaines is making the move to MLS official after signing with expansion side Austin FC on Friday.

The Austin-born Gaines signed a contract through the 2022 season which also includes two additional option years for 23′ and 24′. Gaines was on trial with the Texas-based club and now will look to spark his club career after a standstill in Germany.

Gaines  spent the 2020-2021 season with German 2. Bundesliga side Hannover, totaling 10 appearances and scoring one goal between the club’s first and second teams. Prior to joining the 2. Bundesliga, Gaines spent the prior two seasons with 3. Liga side SG Sonnenhof Großaspach and FSV Zwickau.

Josh Wolff will hope Gaines can give Austin FC a spark, with the club currently sitting last in the Western Conference.

Kei Kamara is on the move to Finland to continue his professional career.

Finnish side HFIK announced the signing of Kamara on Friday, bringing the fifth all-time leading scorer in MLS history to the top flight. The Sierra Leone international had been a free agent since the 2020 MLS season concluded.

Kamara has enjoyed a legendary MLS career with 130 goals and 47 assists in 359 appearances after making his debut in 2006. He’s featured for a number of MLS clubs, including Sporting Kansas City, Columbus Crew, Vancouver Whitecaps and the New England Revolution.

The 36-year-old had contributed four goals and two assists across 16 combined appearances in 2020 with the Colorado Rapids and Minnesota United.

Giancarlo Gonzalez has been loaned to Costa Rican side Ajajuelense for the remainder of the 2021 MLS season.

The LA Galaxy announced the roster move on Friday, which will see the 33-year-old return to his native country. Gonzalez signed for the Galaxy in 2019 from Serie A side Bologna, but has never cracked Greg Vanney’s depth chart following the head coach’s hiring.

Overall he’s made 30 appearances for the Western Conference club since joining.

Prior to joining the Galaxy, Gonzalez originally signed in MLS with the Columbus Crew and made 17 appearances in 2014. He featured for Costa Rica at that summer’s World Cup and earned a reported $5 million move to Serie A side Palermo, where he became a mainstay for three seasons.

He made 85 appearances for the club in Serie A before being transferred to Bologna ahead of the 2017-18 campaign, where he made 35 appearances.

Without Gonzalez, the Galaxy will continue relying on Derrick Williams, Sega Coulibaly, Daniel Steres and Nick DePuy as their center back options. Dejan Joveljic from Bundesliga side Eintracht Frankfurt has also been linked with a possible move to the club.