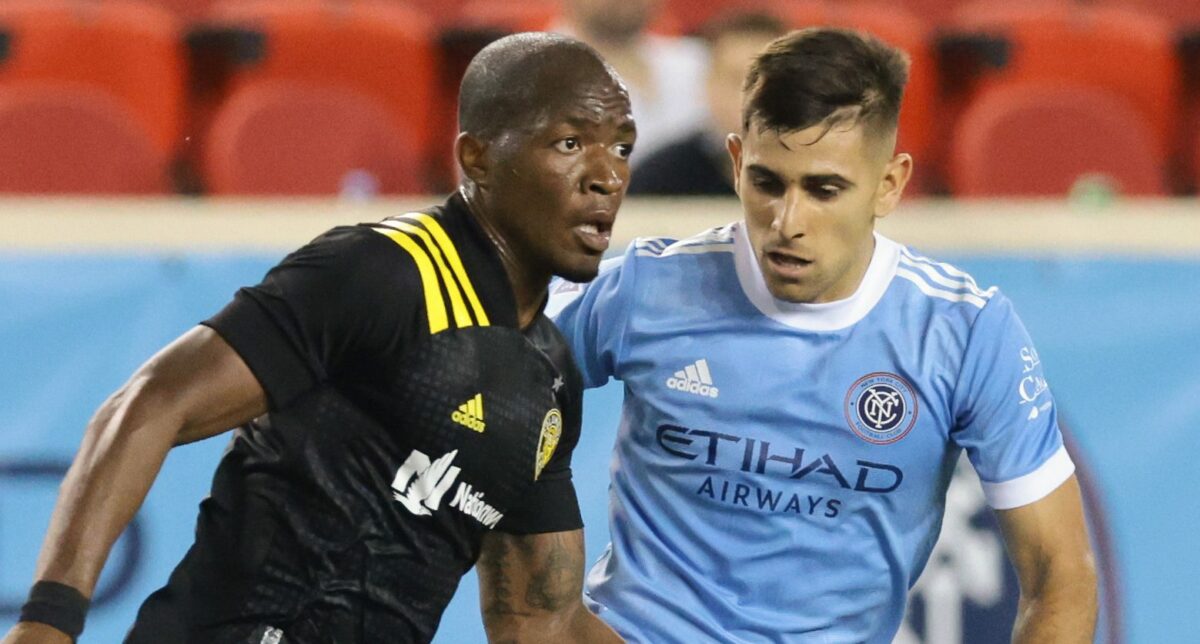 Caleb Porter’s Columbus Crew look to snap a four-game winless run in league play, welcoming NYCFC to Lower.com Field on Saturday night. The Crew have drawn their last three matches, and will be eager to start a push up the Eastern Conference standings. NYCFC has won three of its last five games overall.

Here is a quick rundown of all 12 MLS matches this weekend:

The Columbus Crew finds themselves in an unfamiliar situation this summer, looking to play catch-up in the Eastern Conference. Without Gyasi Zardes, Porter will need star playmaker Lucas Zelarayan to lead the way against an NYCFC squad without James Sands.

Keaton Parks has scored in two of his last three appearances for NYCFC while playmakers Maxi Moralez and Ismael Tajouri-Shradi are top options to start. NYCFC will look to avenge a 2-1 defeat to the Crew back in mid-May.

Minnesota United is slowly hitting its stride after starting the season in horrid fashion. The Loons have only lost once in their last five matches, currently sitting in seventh place ahead of Sunday’s date with Seattle. Adrien Hunou and Franco Fragapane have continued a strong partnership in attack, and will likely be the go-to guys for Adrian Heath’s side.

The Sounders have yet to lose in league play this season and already has a 4-0 victory over Minnesota under their belt that came back in April. Brian Schmetzer will be without the Roldan brothers for this weekend’s showdown, but has Raul Ruidiaz in good form (three goals in last five game) to lead the attack.

Toronto FC picked up its best result of the season, defeating the New England Revolution last week, and now returns to BMO Field for the first time in over a year. With several players currently on international duty at the Concacaf Gold Cup, TFC is sure to rely on the cleverness and creativity of Alejandro Pozuelo and Yeferson Soteldo at home against Orlando City.

The Lions are also hit with absences due to the regional tournament, but has several different attacking players to call on. Nani has been the Lions’ best overall player this season, while Chris Mueller and Benji Michel have also delivered impressive moments. After losing back-to-back matches, Oscar Pareja’s side will be seeking a better showing on the road.

Only two points separate LAFC and Real Salt Lake in the Western Conference standings, but the pressure will be on the hosts to get the job done at Banc of California Stadium. Bob Bradley’s side has won back-to-back matches for the first time this season while RSL has lost its last two meetings with LAFC.

Carlos Vela and Damir Kreilach headline the in-form attackers in this matchup.

Jim Curtin’s Union have only won once in their past five tilts while D.C. United will be well rested after not playing since the 7-1 beatdown of Toronto FC on July 3. Young talent will likely be on display, as Leon Flach and Kevin Paredes have impressed for the Union and D.C. United, respectively, so far in 2021.

Here’s a list of the rest of the weekend’s action: