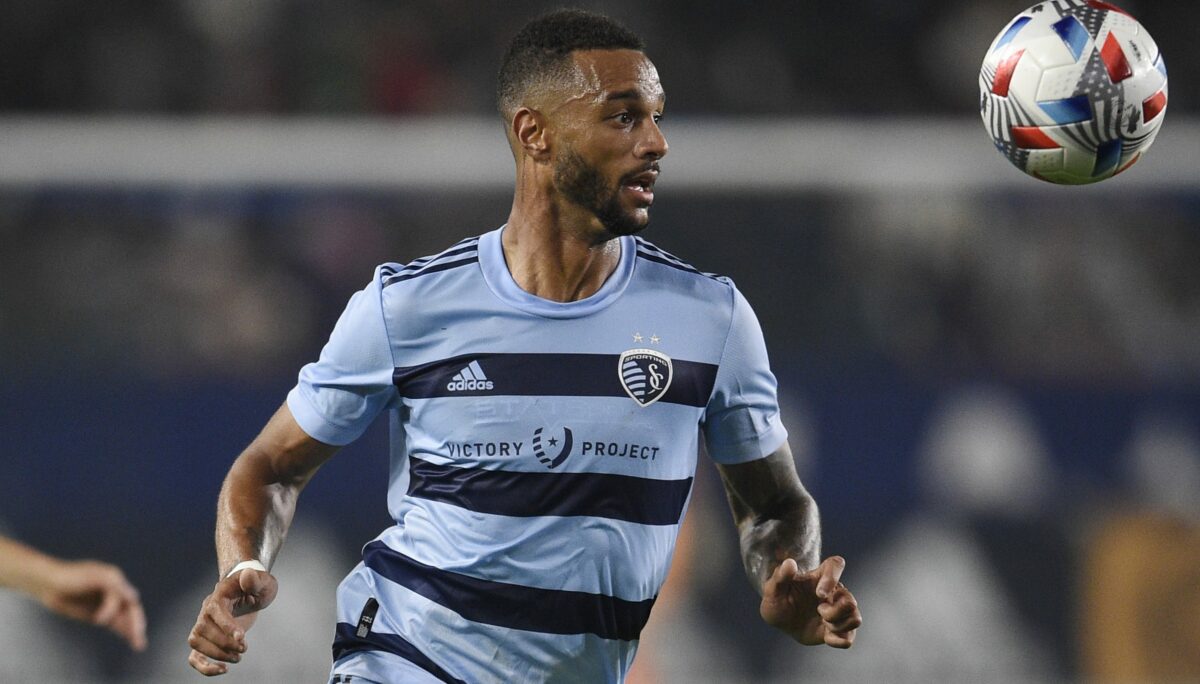 While the Concacaf Gold Cup quarterfinals will take centerstage this weekend in the United States, 26 of the 27 MLS clubs are also in action looking to continue their busy summer schedule.

Two of the Western Conference’s premier sides will square off on Sunday night to close the weekend’s action, as the Seattle Sounders host Sporting KC at Lumen Field. Brian Schmetzer’s side picked up a 1-0 road win over Austin FC on Thursday which saw Raul Ruidiaz score a wonder strike and the Sounders also start the second-youngest lineup ever in an MLS match.

Saturday will also feature the first Rocky Mountain Derby of the 2021 season as Real Salt Lake welcomes rivals Colorado Rapids to town. Colorado is unbeaten in four straight in league play while RSL has only won once in its past five matches.

The top two teams in the Western Conference will square off on Sunday as Seattle welcomes Sporting KC to town.

Brian Schmetzer watched in amazement as his youthful Sounders side defeated Austin FC 1-0 away from home on Thursday night. Raul Ruidiaz played tIt he hero with a magnificent long-range finish, but the spotlight also shined on several young players including Danny Levya and Obed Vargas. Schmetzer will likely rotate his squad this weekend with second place SKC visiting Lumen Field.

Daniel Salloi helped SKC tie the San Jose Earthquakes 1-1 on Wednesday night, scoring a 94th minute equalizer at Children’s Mercy Park. SKC sits second in the West, five points back of the conference-leading Sounders, and overall are unbeaten in four straight. It will be the first of three regular-season meetings between the two rivals, with Seattle having homefield advantage in two of them.

Seven points separate Real Salt Lake and the Colorado Rapids in the Western Conference table, with both teams coming in on opposite form for Saturday’s showdown.

Real Salt Lake sits eighth in the table, failing to win four of its last five matches. A 4-0 victory over Vancouver back on July 7 has been followed up by a 2-1 loss to LAFC and a 2-2 draw with the LA Galaxy. Damir Kreilach and Albert Rusnak have four goals between them in the past three matches and will be the go-to guys offensively for Freddy Juarez’s side.

Robin Fraser has the Rapids playing some entertaining soccer over the past few weeks and odds will be on Colorado to get a result at Rio Tinto Stadium. The Rapids are riding a four-match unbeaten run, conceding only two goals in that span. Five different players have scored goals for Colorado in its unbeaten run, showing the rest of the league that its been a total team effort so far.

Two of the Eastern Conference’s biggest surprises so far are set to meet at Gillette Stadium on Sunday.

Bruce Arena’s Revolution are coming off a 5-0 beatdown of Inter Miami midweek and sit five points clear of second place Orlando City for top spot in the East. Even without Tajon Buchanan, Matt Turner, and Henry Kessler due to Gold Cup duty, the Revs are continuing to roll with Carles Gil and Adam Buksa leading the way. The Revolution can extend its head-to-head winning run over Montreal to five games with a victory at home this weekend.

CF Montreal has also impressed in 2021, currently sitting in fifth place under first year head coach Wilfried Nancy. A six-match unbeaten run was snapped by a 1-0 loss to NYCFC in midweek play, but overall CF Montreal has been well balanced over recent weeks. Victor Wanyama headlines the Montreal squad and will be keen to follow the in-form Gil all around the field in Foxborough.

Two of the league’s top playmakers will meet at Yankee Stadium on Sunday looking to propel their team to three points.

Maxi Moralez and NYCFC snapped a two-match losing run with a 1-0 win over CF Montreal midweek, which saw Jesus Medina score the lone goal of the match. Moralez will see a lot of the ball against Orlando City, looking to keep NYCFC moving up the Eastern Conference standings. With Valentin Castellanos still ice cold in front of goal, Medina’s recent good form (two goals in two matches) will likely be on display.

Orlando City held on for a 2-1 win over the Philadelphia Union on Thursday, using goals in each half to move to second place. Benji Michel and Andres Perea both found the back of the net, while Nani created several chances in his performance. Starting centerback Robin Jansson might miss the match after suffering a facial injury against the Union, meaning Antonio Carlos could partner Rodrigo Schlegel.

Atlanta United returns to Mercedes-Benz Stadium for the first time without Gabriel Heinze behind the bench, looking to pick up a statement victory at home. The Five Stripes tied FC Cincinnati 1-1 midweek, which saw Josef Martinez return to action in attack. The Venezuelan international will be key on whether or not the Five Stripes can gain some momentum and move up the table over the next few matches.

Caleb Porter’s Columbus Crew are riding a five-match unbeaten run, and remain without Gyasi Zardes in attack. Lucas Zelarayan and Pedro Santos are the lead playmakers for the Crew, who failed to find the back of the net against Nashville SC on Wednesday. Jonathan Mensah will have a tough task on Saturday, trying to keep the dangerous Martinez at bay.