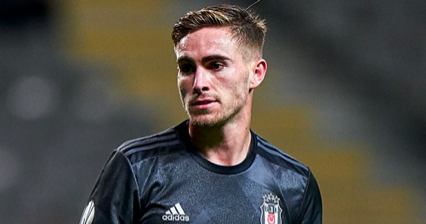 Tyler Boyd made the move to Turkey from Portugal in 2019, but now looks reportedly set to embark back to the Primeira Liga this summer.

Vitoria Guimaraes is in talks with Besiktas to re-acquire the U.S. Men’s National Team winger on loan, Takvim reported Saturday. Boyd would rejoin Guimaraes on a one-year loan spell which would include an option to buy permanently from the Super Lig club.

Guimaraes would pay half of Boyd’s salary for the season, according to the report.

The 26-year-old has been linked as one of many players set to move away from Besiktas this summer. Fellow Turkish club Sivasspor also remains in the mix to re-acquire Boyd permanently, but now faces competition from Guimaraes. Boyd joined Besiktas in July 2019 and has since totaled 34 appearances with four goals scored and one assist registered.

Boyd scored five goals in 15 appearances with Sivasspor during the second half of the Super Lig season in 2020-21, helping them finish in the top five.

Boyd has earned 10 caps for the USMNT to date, scoring two goals and appearing in the Concacaf Gold Cup and Nations League. He last appeared for the USMNT in November 2019, assisting once in a 4-0 victory over Cuba.