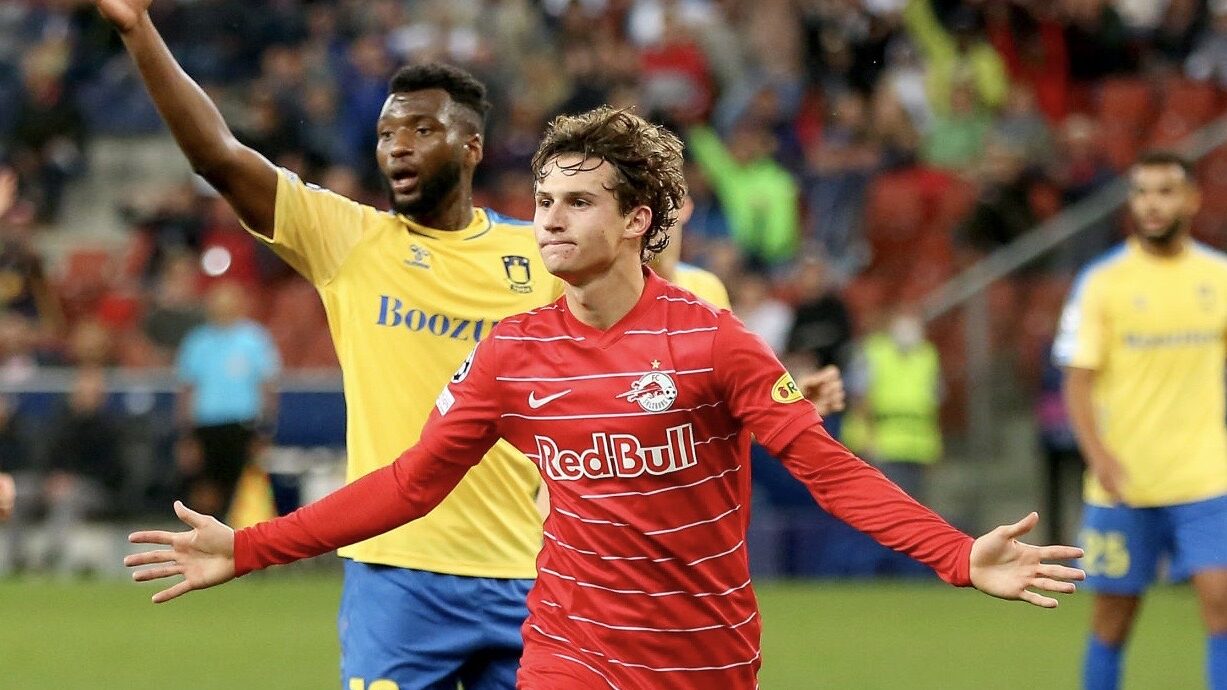 If Brenden Aaronson winds up being one of the Americans to take part in the UEFA Champions League group stage, it will be in part because of the young midfielder’s own heroics.

The U.S. men’s national team midfielder scored in the 90th minute to help give Red Bull Salzburg a 2-1 win against Danish side Brondby in the first leg of their UEFA Champions League playoff.

Brenden Aaronson scores a late winner for @FCRBS_en in the first leg of the #ucl play-offs🔥🇺🇸 pic.twitter.com/UKvTcgyHKE

The goal was a vital one for the Austrian champions, who were in danger of having to go to Denmark without an advantage.

Aaronson is enjoying a good start to his first full season with Salzburg, having joined from MLS side Philadelphia Union in January. Any concerns about whether he would be negatively affected by Jesse Marsch’s departure from Salzburg to take over German Bundesliga side RB Leipzig have faded away as Aaronson has established himself as a regular starter under new Salzburg manager Matthias Jaissle.

Aaronson entered Tuesday’s match as a halftime sub, but he has started all five of Salzburg’s league matches to date. His steady playing time and good run of form, which included scoring the game-winner against FC Barcelona in a friendly on August 4, should keep him on the list of players expected to take part in World Cup qualifying in September with the U.S. men’s national team.

Aaronson and Red Bull Salzburg will travel to Brondby for the second leg, which will be played on August 25.

Red Bull Salzburg returns to action on Saturday at home against Austria Klagenfurt.