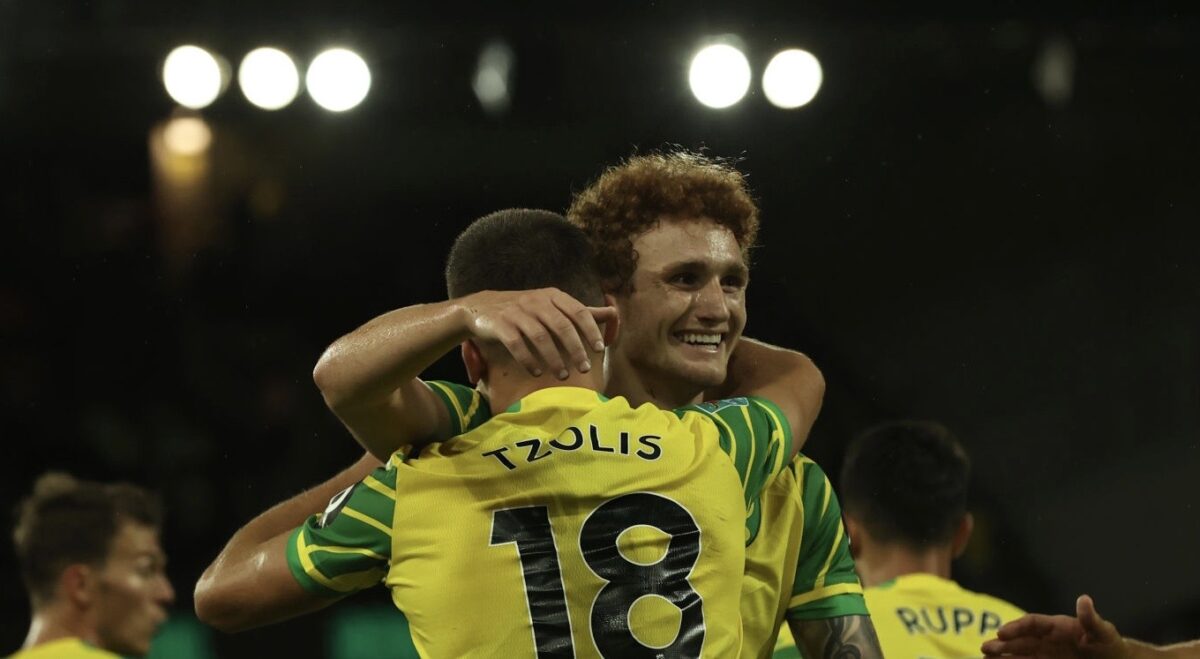 If Norwich City fans were curious about what Josh Sargent could bring to the striker position, they were treated to an impressive showcase on Tuesday in the kind of confidence-building performance that comes at the perfect time for the U.S. men’s national team striker.

Making his first start for the Canaries since completing his transfer from Werder Bremen, Sargent needed a while to get going but turned it up in the second half as he had a hand in all three Norwich City goals after the halftime break.

The performance comes at a good time for Sargent, who will be preparing to join the USMNT next week for World Cup qualifiers in September. The 21-year-old is expected to be Gregg Berhalter’s first-choice striker for qualifiers, though he is facing good competition from Jordan Siebatcheu.

Sargent had been limited to a pair of substitute appearances totaling 28 minutes since completing his transfer, but he went the full 90 minutes on Tuesday, which will be welcome news to Berhalter ahead of qualifiers against El Salvador, Canada and Honduras.

Sargent remains the back-up striker for the Canaries, behind veteran Teemu Pukki. It has been a rough start to the season for Norwich City after a pair of lopsided losses to English Premier League giants Liverpool and Manchester City.

Sargent and the Canaries will return to action on Saturday at home against Leicester City and while Sargent isn’t likely to overtake Pukki for the starting striker role, his performance on Tuesday should improve his chances of more playing time in the future, while also giving him some confidence heading into the international break and the all-important Concacaf World Cup qualifiers in September.

What did you think of Sargent’s performance? See him being the starting USMNT striker for September’s qualifiers?