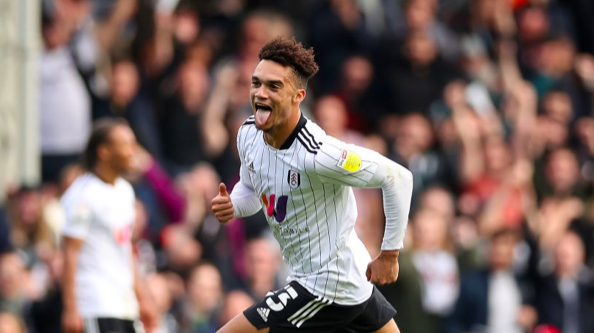 Antonee Robinson had an outstanding few weeks for the U.S. men’s national team this month and the left back carried that over to Saturday’s lopsided London Derby win over QPR.

Robinson came off the bench and scored his second goal of the season as Fulham rolled past its London rivals 4-1 at Craven Cottage. It was Robinson’s first appearance back for Marco Silva’s side following a pair of starts for the USMNT during this month’s international window.

The 24-year-old replaced Joe Bryan in the 58th minute with the teams deadlocked at 1-1 and helped as Fulham swung momentum in its favor in the second-half. Aleksandar Mitrovic scored his second goal of the math in the 67th minute giving Fulham a 2-1 lead before Jamaican international Bobby Reid extended the hosts lead just four minutes later.

With Fulham running down the final minutes, Robinson decided to call his own number, unleashing a shot from just outside of the box in stoppage time. His shot took a deflection off a QPR player and nestled into the bottom-left corner for his second goal of the season.

Robinson also successfully won all three of his individual duels in the match and delivered one key pass in the victory. The left back helped the USMNT to a pair of World Cup Qualifying wins this month over Jamaica and Costa Rica and also recently announced he would become a father for the first time.

Fulham moved to third place in the Championship table with the victory, sitting five points behind first place Bournemouth. It’s a quick turnaround for the club, who next hosts Cardiff City in London on October 20.