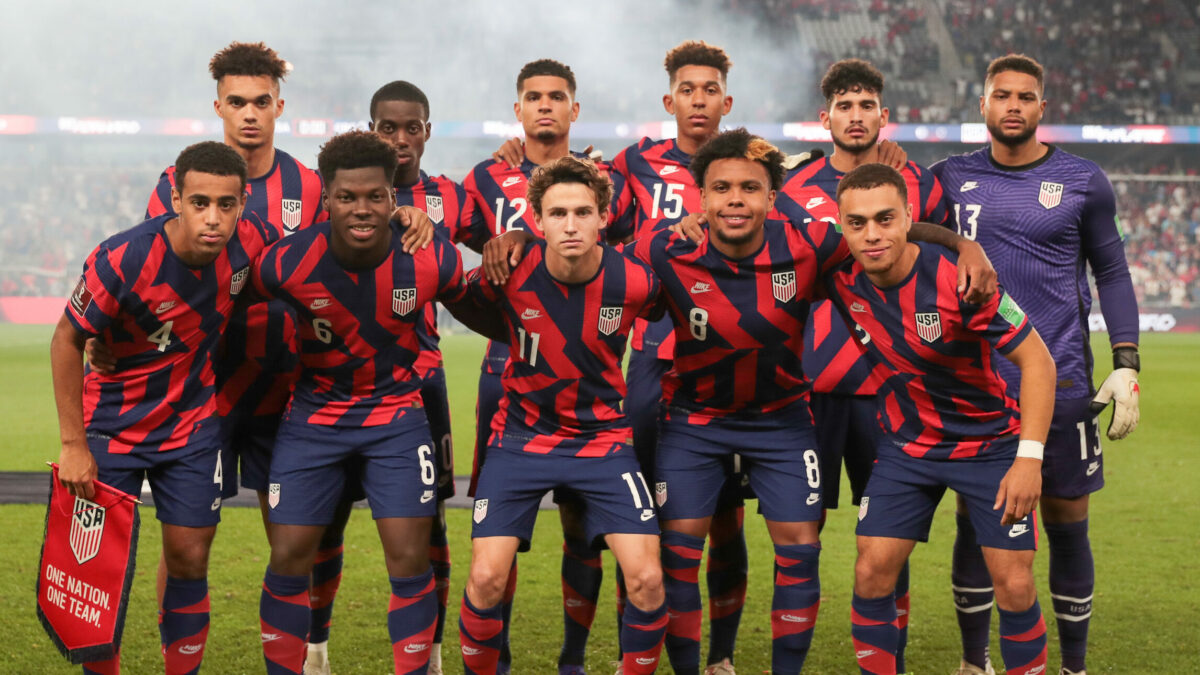 As we draw closer to the midway point of the Octagonal round of Concacaf World Cup qualifying, the U.S. men’s national team finds itself in solid position to qualify for the 2022 World Cup, though November’s qualifiers present a challenging task.

Facing Mexico at home in Cincinnati, then traveling to Jamaica to play the Reggae Boyz, the Americans are looking at the real possibility of once again being without two of its best attacking players in Christian Pulisic and Gio Reyna.

Neither standout has seen the field for club or country since suffering injuries during September’s qualifiers, and the delays in the recoveries for Pulisic’s ankle injury and Reyna’s hamstring injury have gone well past the normal time frame, leaving the USMNT to have to start considering other options for the November 12 showdown with Mexico.

The good news is Brenden Aaronson has continued to impress, developing into a reliable starter for Gregg Berhalter as a productive wing threat. Veteran Paul Arriola made two starts in the October qualifiers, with mixed results, while Tim Weah showed some very good signs when he was called upon.

How many new faces, if any, should we expect to see come November? It is tough to see very many, but Joe Scally stands front and center as the leading candidate to earn his first World Cup qualifying call-up. The Borussia Moenchengladbach fullback has continued to start and show well in Bundesliga play, and his versatility would make him a valuable asset, even if he lacks the international experience of some other fullback options.

We could also see the return of John Brooks, who missed October’s qualifiers with an injury. The Wolfsburg defender endured some disappointing qualifying performances in September, but should still be considered a favorite to start when Berhalter constructs the defense to try and stop Mexico’s high-powered attack.

With all that in mind, here are the players we could see being called in for the World Cup qualifying training camp ahead of November’s qualifiers:

Gregg Berhalter’s decision to start Zack Steffen against Costa Rica will have some wondering whether the competition for the number one spot has reopened, but Matt Turner should remain the top option heading into November’s qualifiers.

Turner is continuing to play regularly, whereas Steffen is not, and while you could imagine a scenario where Berhalter splits the November matches, you have to think Turner will get another chance against Mexico after he shut out El Tri in the Gold Cup final.

Ethan Horvath’s lack of playing time with Nottingham Forest has dropped him out of the top three for the time being.

It will be interesting to see how many defenders Berhalter brings to camp. Will he go with a standard eight, or bring one or two more for cover? Sam Vines is back in action after having been sidelined by injury and should slide into the backup left back spot behind Antonee Robinson.

At centerback, Mark McKenzie could be the odd man out given his lack of consistent playing time for Genk and the fact Chris Richards has finally broken through and made his first World Cup qualifying start. Tim Ream has been in excellent form for Fulham and should also make the cut as a Berhalter favorite.

Will Scally finally get the call? He absolutely should, though right back currently has Dest and DeAndre Yedlin both playing well for their clubs. Scally’s ability to play either fullback spot should earn him a look, but again, it will depend on how many defenders Berhalter decides to call for a pair of qualifiers.

There isn’t likely to be much change in this group, even though the team’s terrible showing against Panama raised some real questions about Lletget and Acosta. It is difficult to see Berhalter suddenly dropping either of them given how important they have been to Berhalter’s plans this year.

Gianluca Busio shook off the knock that forced him out of Venezia’s weekend match, so he should be good to go for November’s qualifiers.

Luca De La Torre narrowly misses out as Berhalter is likely to call in a smaller squad.

The continued injury issues faced by Pulisic and Reyna have created opportunities for others to shine, and Aaronson has made the most of it, and should be seen as a safe bet to start against Mexico.

Arriola showed well against Jamaica, but struggled against Panama, leaving Berhalter with a decision to make between Arriola and Weah. Arriola has faced Mexico in big matches on multiple occasions, so he likely has the edge for now.

Both Matthew Hoppe and Konrad De La Fuente have struggled for consistent minutes with their clubs, which could lead Berhalter to look elsewhere for some wing depth in November. Tyler Boyd is a name to consider. He has been earning regular time in Turkey. In this roster projection, Sargent operates as a striker/winger option, having seen

As far as striker goes, the Gyasi Zardes injury will open the door for either Josh Sargent or Jordan Pefok to make their return. Sargent has become a regular starter for Norwich City, but hasn’t been able to find the net. He should have the edge over Pefok now that the Young Boys striker has gone cold himself, failing to score a goal in the past month.

The striker to watch for is Daryl Dike, who has been playing well for Orlando City, scoring four goals in the past month. Sargent’s ability to play in a wide role could allow Berhalter to call in Dike as a striker option.