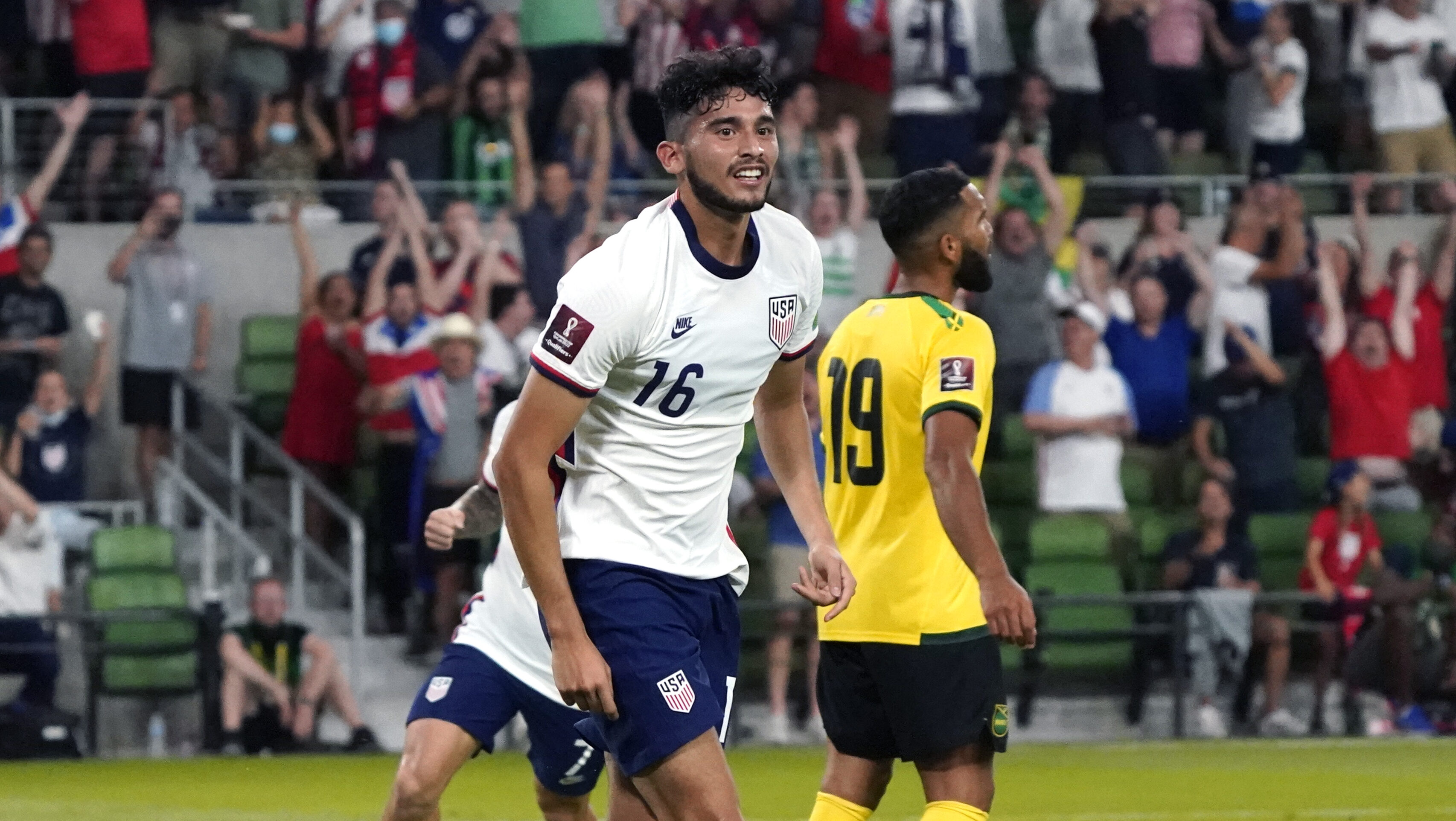 Ricardo Pepi set a high bar after his outstanding U.S. men’s national team debut in September, but he managed to surpass it on Thursday night.

The FC Dallas striker followed up his goal-scoring debut against Honduras with a two-goal showing in Thursday’s 2-0 win vs. Jamaica, earning Pepi SBI Man of the Match honors for the second straight match.

Pepi is the youngest player to score in consecutive World Cup Qualifying matches in the modern era. His two goals brings the USMNT to the top of the table in Concacaf with eight points.

Sergino Dest found plenty of space on the right flank in the 49th minute and sent the ball across the face of goal, where Pepi headed it in to open scoring.

Pepi added his second goal in the 62nd minute, drifting wide open in front of goal and tapping home a cross from Brenden Aaronson.

Pepi was the easy pick for Man of the Match honors, with Yunus Musah, Sergiño Dest, Paul Arriola and Tyler Adams also delivering solid showings for the USMNT.

Pepi, was replaced in the 68th minute, in a move that could save him enough to have him start for Sunday’s qualifier against Panama in Panama City.

What did you think of Pepi’s performance? Who else impressed you on Thursday night?