A closer look at the top USMNT roster omissions 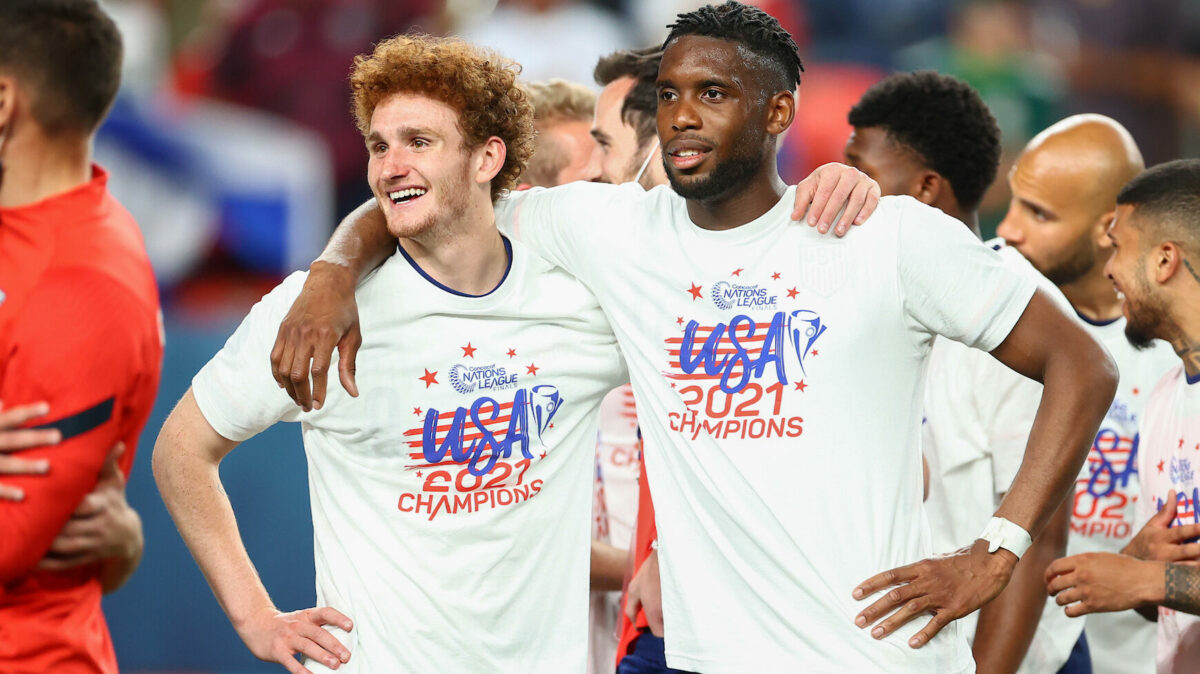 The U.S. men’s national team returns to World Cup Qualifying this week and while most of the top players in Gregg Berhalter’s pool are in the squad, there are several worthy candidates who will not be involved for a variety of different reasons.

Injuries are keeping Gio Reyna and Sergiño Dest out, but it is the healthy omissions that leave us wondering what led to them missing out, and what will it take for them to work their way back into Berhalter’s plans.

Here is a look at the 10 players who missed out on the November qualifiers, what led to them missing out, and what it will take for them to work their way back onto the team:

John Brooks might have been the biggest omission from the roster, leaving the USMNT very young at the centerback position.

Brooks has helped Wolfsburg earn three consecutive victories in all competitions, playing a key role in two clean sheets in Bundesliga play. The veteran centerback endured a poor showing in the September qualifiers, and missed out on October’s trio of matches due to a back injury.

Brooks is rounding into form under new Wolfsburg manager Florian Kohfeldt, and if he can regain the impressive consistency he enjoyed last season in the Bundesliga, then Berhalter won’t have much choice but to bring him back.

Dike concluded the MLS regular season with Orlando City, scoring for the fourth consecutive match and helping the Lions earn the No. 6 seed in the Eastern Conference. The 21-year-old has contributed 10 goals in 18 league matches for Oscar Pareja’s side this season and has been in better form that Sargent or Pefok in the past month.

A winter transfer to Europe could be on the cards for the young striker, and if he continues to produce goals consistently, he could definitely earn a call-up for qualifiers in 2022.

The Norwich City striker remains goal-less in Premier League play, making his omission pretty easy to understand. The 21-year-old only has two goals and one assist for the Canaries this season and was reduced to a substitute role in Saturday’s 2-1 win over Brentford.

The good news for Sargent was that he was earning regular playing time, but a coaching change at Norwich City leaves his immediate future a bit uncertain, and a national team return in January far from a sure thing.

De La Fuente impressed in his early time with Marseille this season, but has dropped to the bench in recent weeks for the Ligue 1 club. He has only started one of his last four matches for the club in all competitions and remains searching for his first goal for Marseille in competitive play.

Consistent playing time and some goals and assists in Ligue 1 could push him into the conversation among the USMNT wingers, especially with some MLS-based options out of season when the first qualifiers of 2022 come in January and February.

A surprise omission in October, Pefok’s exclusion in November was much easier to understand. He has lost his grip on an automatic starting role with Young Boys, and he was in the midst of an eight-match goal-less drought before scoring the equalizer in Saturday’s 1-1 draw with Grasshopper.

Berhalter has been leaning more towards quicker and more dynamic striker options, and ones capable of contributing defensively to the pressing game. Pefok is a more traditional target striker, and could find a return difficult unless he goes on a goal-scoring run while some other USMNT strikers struggle in the winter months.

The Heracles midfielder continues to rack up minutes in the Dutch League, but the American midfielder’s chances to join up with the USMNT have worsened as Berhalter has settled on his preferred options.

De La Torre has continued to be a consistent starter in the Netherlands this season, starting in all 10 league matches he has played in. The 23-year-old has shown some good moments in brief USMNT appearances, but it appears he hasn’t shown enough in training to bypass MLS-based options such as Sebastian Lletget and Kellyn Acosta.

One of the more underrated players in MLS this season, the CF Montreal playmaker led Wilfried Nancy’s side with 16 assists and also chipped in four goals to help the club fight to the final day for the playoff spot.

The USMNT December camp should provide Mihailovic with a chance to feature for his country, and should he impress, might garner an opportunity as a squad player in January.

Carter-Vickers has jumped right into a starting role for Celtic squad following his most recent loan from Tottenham, and the young American has flourished. The 23-year-old has started in all 13 appearances for the Scottish Premiership club, scoring two goals and keeping Celtic in the early-season race for the league title.

If Berhalter is committed to featuring quicker central defenders, such as Chris Richards and Mark McKenzie, then Carter-Vickers could have a difficult time breaking back in, but if he continues to play well for Celtic he should remain on the radar.

Greuther Furth has struggled for much consistency in its return to the German Bundesliga, but Julian Green remains a key figure in Stefan Leitl’s squad. Green has started in eight of his nine appearances for Furth this season, continuing to develop into an all-around midfielder and play a leading role for the club once again.

The 26-year-old has the two-way ability that could fit in well to Berhalter’s system, but Berhalter hasn’t shown a ton of interest, and the number of younger options in the pool could make it very tough for Green to earn a look unless he really started to step up his game in the Bundesliga.

Hoppe parlayed an impressive showing at the Concacaf Gold Cup into a move to La Liga side Mallorca, but a lack of playing time with the Spanish club has put a major dent into his chance of earning a USMNT recall.

Hoppe has only appeared in two matches for Mallorca following his permanent transfer from Schalke this summer, contributing one assist. Unless he breaks into the starting lineup, Hoppe is facing a long road back to the USMNT.

Which USMNT pool player left out of the November qualifiers are you most eager to see earn a call-up? Who on this list do you feel is probably not going to make it back? Who didn’t make this list that you feel deserves mention?