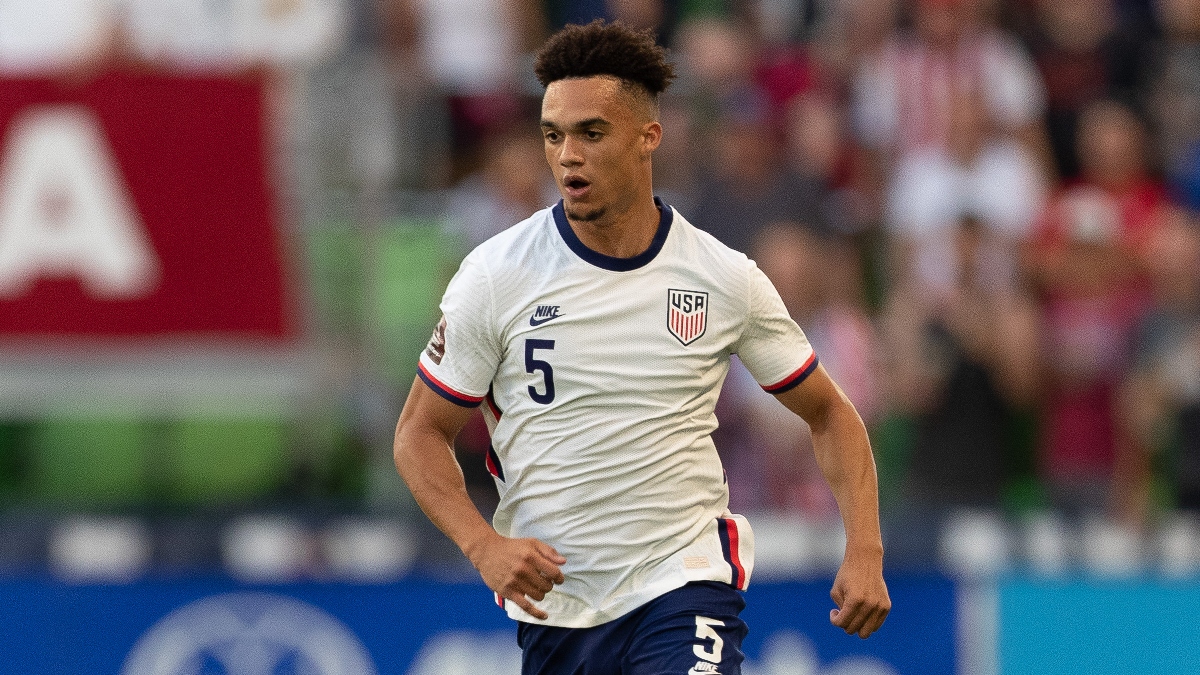 Having emerged this fall as Gregg Berhalter’s first-choice left back, Antonee Robinson hasn’t slowed down since taking that major step, and is now riding an outstanding run of form as he heads into November’s World Cup qualifiers.

Robinson has helped Fulham to six consecutive victories in the English Football League Championship, moving the Cottagers to second place in the standings. During that span, the left back has scored one goal, registered one assist, and helped Fulham to five consecutive shutouts, totaling 482 minutes of game time.

The 24-year-old has been a consistent performer for the London-based club this season in England and will now look to deliver similar performances in the USMNT’s final pair of qualifiers in 2021.

“At the minute Fulham is doing very well, we’ve been playing very well and now I’m looking to take that confidence into this camp and try to help the club win as many matches as possible,” Robinson said in a conference call on Monday. “When you start winning several matches in a row, you don’t want that feeling to stop so it’s all about taking it into the next game which is Mexico.”

Robinson finished the September camp as one of the major winners in the USMNT squad, scoring in a 4-1 win over Honduras and assisting in a 1-1 draw with Canada. He started in two of the USMNT’s trio of qualifiers in October, helping the Americans claim victories over both Jamaica and Costa Rica before returning to Fulham, where he’s continued to blossom as a rising talent at Craven Cottage.

Should Robinson get the starting nod from Gregg Berhalter against El Tri on Friday in Cincinnati, it would be the first competitive appearance against Mexico of his budding international career. A victory for the Americans would move them into a tie with El Tri at 14 points atop the octagonal round table, which would give them major confidence heading into a road trip to Jamaica four days later.

“First and foremost, it’s another World Cup Qualifier and we know what’s on the line, it’s a dream of mine and for a lot of the guys in this squad to take this country to a World Cup ,” Robinson said about the importance of every qualifying match. “That brings its own importance anyway, but when you add in the fact it’s against Mexico too, that adds some more motivation to it.

“It’s a massive game and to play a part in a competitive match against them is something I am looking forward to,” Robinson said. “It will push me on a little bit more knowing it’s a rivalry match and it adds a little more personal feelings to it.”

Robinson’s role in the squad has grown over the past few months and with added confidence under his belt from club level, the speedy left back will have a key part to play against El Tri. The Mexicans are known for their dynamic attacking players, including Raul Jimenez, Hirving Lozano, Jesus Corona and Hector Herrera, and Tata Martino’s attack will pose the most difficult challenge the Americans have faced in qualifying to date.

The USMNT holds the edge in recent head-to-head meetings after downing Mexico in both the Concacaf Nations League and Gold Cup Finals this summer, but the Americans know World Cup Qualifying is what they will be judged on the most. Mexico has answered the early challenges in its qualifying schedule and Robinson knows the USMNT will need to be up for the fight to avoid a home defeat.

“It’s a game that means a lot to me personally,” Robinson said. “It’s one that we want to win, it’s one that we know is going to be a tough battle. We want to perform and give everything for the fans every time we get to play against them. It’s a big rivalry and it’s continued to be that way from when I was younger until now.”