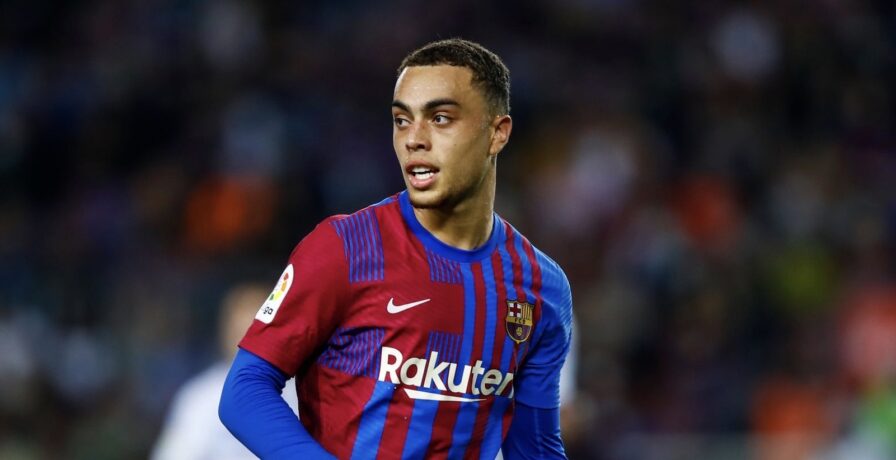 Dani Alves will not only play a vital part on the field for Barcelona in his return to the club, but will look to play a mentoring role for rising talent Sergino Dest.

Alves returned to the La Liga club this week, rejoining former teammate Xavi Hernandez, who takes over as manager of the club. The 38-year-old Alves lifted 23 trophies during his first spell with the club before eventually moving on to Juventus, Paris Saint-Germain, and Sao Paulo.

A three-time UEFA Champions League winner, Alves will now pair up with U.S. men’s national team defender Dest, looking to help the Catalan club push its way up the La Liga table. Dest has continued to earn consistent minutes with Barcelona this season and has the backing of his new teammate going forward.

“I’m going to try and help him as much as I can,” Alves said in his introductory press conference Wednesday. “I think he is a great player, he’s got everything to be one of the greats in football. We’re going to try and make him understand how things are done here and to help him adapt to the team and the style of play.”

Dest’s versatility has been on display at Barcelona, with the 21-year-old featuring as a right back, right winger, and a right wing back. Despite a short injury spell recently, Dest has contributed three assists in league play, while also featuring twice for Barcelona in this season’s Champions League.

Dest’s growing role within the club has helped him on the international level, seeing the Dutch-born defender score one goal and register one assist in four World Cup Qualifiers with the USMNT. Now with the November international window in the rearview mirror, Dest will be pushing to jump back into the squad this weekend as ninth-place Barcelona hosts rivals Espanyol at the Camp Nou.

Dest last appeared for the club on October 30 in a 1-1 draw with Deportivo Alaves before a back injury forced him to miss international duty. Alves and Dest will look to partner up on the right side of Xavi’s formation, with the experienced returnee hoping to help play a role in the American’s development at the club.