Fast & Furious: Why the USMNT has a team capable of pressing Mexico into submission 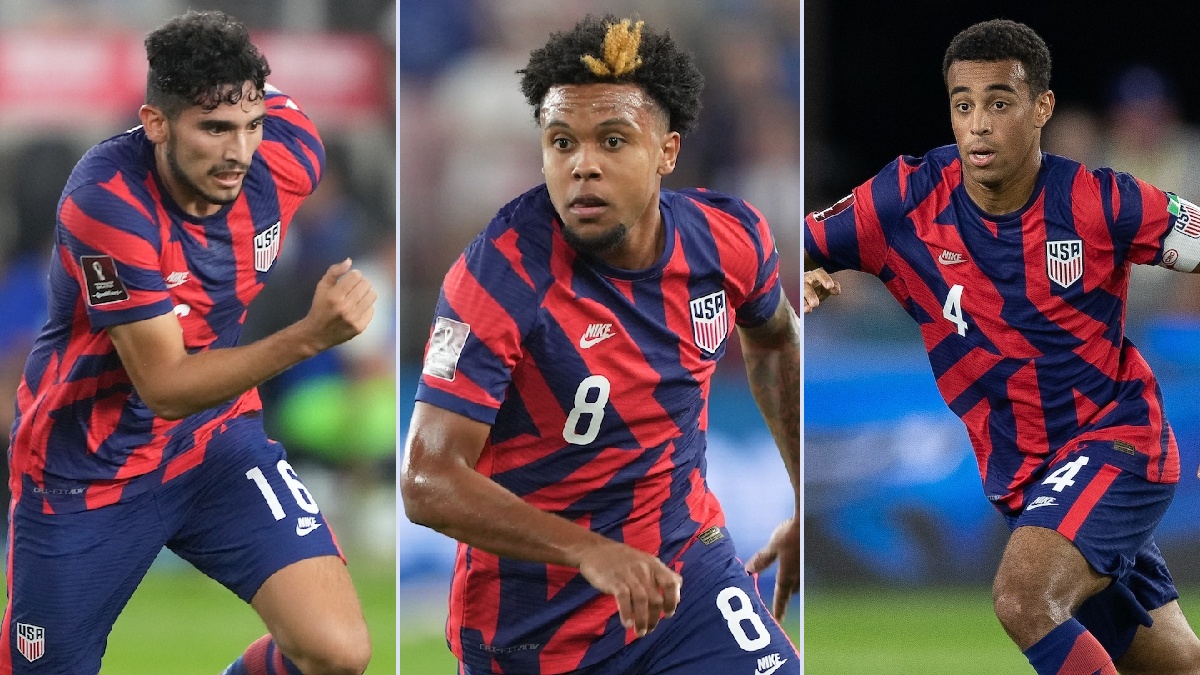 At some point after the Concacaf Nations League final, after the last of the confetti had been cleaned up, the last of the champagne hangovers had subsided, and the last of the celebrating U.S. men’s national team players left Las Vegas with their shiny winner’s medals and fond memories of beating Mexico, Gregg Berhalter had to stop and assess the victory and think about what it really meant.

Sure, the USMNT beat a more experienced, and favored Mexico team, but it was a super-tight contest that could have easily turned on any number of moments, from a VAR review going against them, to the American goalkeepers not making every one of the outstanding saves they made.

The victory was sweet, and well-earned, but it also sent a bit of a misleading message about a team still very much in a state of transition, and a player pool that was still evolving and maturing.

Fast forward three months, and the USMNT squad set to take the field against Mexico in Friday’s World Cup qualifying showdown will be much different than the one that lifted the Nations League trophy in Denver. It will be a much younger team, and much less experienced, but it will also be a much more dynamic team, a significantly faster team, and a team that could go after Mexico in a way the Nations League squad simply couldn’t.

The USMNT’s pressing game has evolved and improved slowly but steadily since Berhalter took charge three years ago, to the point that in the early days of his tenure it felt like the pressing game was the furthest thing from Berhalter’s mind. In fact, there were plenty of matches where the team’s lack of defensive pressure exposed it to bad results.

So what has changed?

The main catalyst has been the natural transition from an older generation of players to the arrival of a new group of young talent well-equipped to play at a faster pace, and well-suited to thrive in a more press-heavy system.

“When you talk about a guy like Yunus Musah and and Tyler Adams and Weston McKennie, Miles Robinson, these are guys that fully have the capability to play at a high tempo and also thrive in duels, thrive in covering ground and pressing,” Berhalter said. “For us, it’s something that we had in mind, but it took time to fully bring out, but it is important to what we do, for sure.”

According to Berhalter, the team’s shift to a greater emphasis on collective pressing isn’t so much a change in his coaching philosophy as the natural evolution of a young team that has developed to a point where clear strengths have emerged.

“If you look at even the (2019) Gold Cup final, the roster (on Friday) looks a lot different than the Gold Cup Final in 2019,” Berhalter said. “Or you look at some of these other games that we’ve played early on it’s it’s a different roster now. Part of that was giving the player pool time to develop, having the profiles in mind, and then when you have everyone together in camp, to execute on that.”

Tyler Adams is one of the most prominent figures in the USMNT’s increased emphasis on pressing. Having developed through the New York Red Bulls system, and then at RB Leipzig, two teams that make pressing a major part of their tactical philosophy, Adams knows more than most what goes into being a successful pressing team, and where early on in Berhalter’s tenure Adams was more the exception to the rule, he is now one in a growing list of USMNT players well-equipped to execute an effective pressing game.

“When Greg came into the cycle two years ago, one of our main talking points was going to be our transitional game and there’s no better way to create transitional moments and good pressure situations,” Adams said. “So we have a lot of guys now that, respectively at their clubs, they play in teams that are playing high pressure, and I just think, in general, now more and more teams around the world are are planning that fast-paced type of soccer.

“I think that when we come into the team, we all feel very comfortable taking the risk to sometimes step out of position sometimes to make pressure when needed,” Adams said. “And we all have big engines so we want to run, we want to pressure because we know that’s going to give us advantages on the other side of the ball. We feel well-connected, we practice it a lot, so we’re very comfortable doing it.”

As the senior member of the current USMNT squad, DeAndre Yedlin has seen the team go through a variety of tactical iterations, and what he sees now is a team starting to really grasp a more press-heavy style Berhalter has steered the team toward.

“Defensive pressure is not an easy thing to teach, especially when you don’t have a group for a whole year,” Yedlin said. “It’s not a club team, it’s a national team, so we’re together for 10 days at a time really, or two weeks at a time. But you can see it getting better and better, and I think the huge emphasis with our team is we want to be on the ball, and obviously to be on the ball, you have to keep it, but when you do lose it, you want to win it back as quick as possible.

“So that’s kind of the emphasis that we put on defensive pressure there,” Yedlin said. “I think it’s easy to argue that most people would probably play worse when there’s pressure on them than when there’s not pressure on them, so we try to make it hard for teams to play. That’s that’s the main focus.”

The player pool has done its part to provide Berhalter with a large number of players with good qualities to thrive in the pressing game, but this month he took things a step further by approaching his roster construction with more of an emphasis on players with the quickness, tactical acumen and willingness to do the defensive work. Slower players like John Brooks and Tim Ream were left out, as were strikers not known for their defensive work rate, like Jordan Pefok and Daryl Dike (Josh Sargent does press well, but his struggle to score goals ultimately cost him).

It has also helped Berhalter that a striker has emerged who is not only in form as a goal-scorer, but also a player with a real passion for doing the dirty work of pressing from the front. Ricardo Pepi has amassed three goals and two assists in his four USMNT matches, all in World Cup qualifying, but it has been his defensive work rate that has really impressed and helped make the U.S. team pressing game more effective.

“When it comes to pressing on the field, I’m a player who likes to work hard. I like to work for my team,” Pepi said. “I like to run for my teammates, so when it comes to just a press, I feel like it’s a very important moment for us to win the ball up high, in the opponent’s half. So I think that’s very important for the team. And also, I like to just work hard and recover the ball close to the goal, so I think that’s a little more motivating for me as a striker.”

With Pepi setting the tone from the top, wingers like Brenden Aaronson, Paul Arriola and Tim Weah, a central midfield stocked with players with big engines in McKennie, Musah and Adams, and now a faster collection of central defenders capable of playing a higher line because they have the speed to recover, the USMNT we will see in November’s qualifiers has all the tools to swarm opponents, and on Friday make things difficult for Mexico’s talented attack.

“Going to this Mexico game, I think we want to make them uncomfortable as possible,” Aaronson said. “Come in here and just do what we’ve been doing in all the qualifying games, just keep pressing, keep making it uncomfortable for them playing out of the back, because we know they’re going to want to play out of the back.”

Friday will serve as the first big test for this revamped USMNT, facing a Mexico team with the attacking quality to play through pressure. If Berhalter’s group can come together and play the fast and fearless style they believe they are capable of playing, then the Americans could find themselves the big winners on Friday, stifling El Tri in a way that could wind up being even more impressive than the trophy-winning performances the team delivered over the summer.