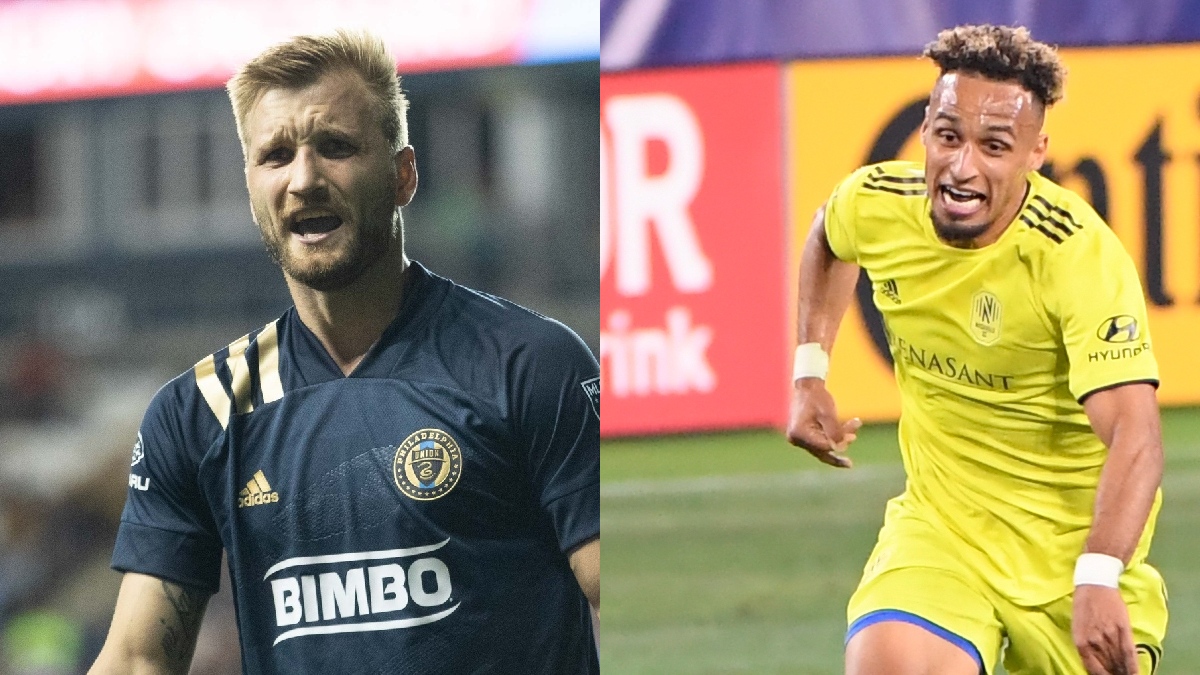 The Philadelphia Union and Nashville SC have arrived to the Eastern Conference semifinal thanks to heroic performances from the Union’s Jakob Glesnes and Nashville’s Hany Mukhtar.

Now, two of the Eastern Conference’s hottest teams face off for a chance to progress to the Western Conference final. The two-seeded Union will host three-seed Nashville (5:30 p.m. ESPN, ESPN Deportes) at Subaru Park in Chester, Pennsylvania, in the teams’ third meeting this year.

Mukhtar punched Nashville’s ticket to the Conference Semifinals with two goals in a 3-1 win over Orlando City. Nashville’s goal difference in the regular season was second-best only to the New England Revolution. With a defense led by U.S. men’s national team centerback Walker Zimmerman, Nashville has only allowed 33 goals this season.

Another wonderstrike from Glesnes, perhaps the best goal in the league all season, saw the Union finally overtake the Red Bulls in the final minute of extra time. The Union have not lost a match since Oct. 20, and the emotion of the late win secured by Glesnes’ goal against a rival sends them feeling some inspiration heading into the

Przybylko powers the Union’s offense, with 12 goals and four assists this season. He’s been on the end of some excellent service and speed from the Union’s midfield with teammates Sergio Santos, Paxten Aaronson and Daniel Gazdag. Przyblko failed to put away a few chances over 120 minutes in the Red Bulls matchup, so he will look for improvement this time out.

Mukhtar’s presence this season made a huge difference for Nashville SC. The 26-year-oold German has 16 goals and 12 assists this year, good for tied for third in MLS scoring and fourth in the league in assists. He has an excellent rapport with fellow striker CJ Sapong, who has scored 12 goals in 2021.

Martinez, as the Union’s presence in defensive midfield, will have an important task in stopping Hany Mukhtar. As seen in Mukhtar’s excellent 2-v-5 goal to make it 2-1 against Orlando City, Mukhtar is dangerous moving into the attacking third. Martinez and central midfield partner Leon Flach will be key in stopping Mukhtar’s runs in central parts of the field.

The Norwegian center back saved the Union’s hide at the very end of extra time last round against the Red Bulls. Nashville SC will give Glesnes a handful in central defense, with Sapong and Mukhtar spearheading the attack. Glesnes has not only scored a few incredible goals this year, he’s also logged more than 3,000 minutes and started every single game at centerback.

The Panamanian central midfielder is a linchpin of Nashville SC’s setup in the middle of the park. He’s turned in an excellent season, achieving a 91.8% passing mark. The Union have a number of dangerous attack-minded players in midfield and Godoy’s destroyer presence could seize the initiative for Nashville.

The big question heading into this match for the Union is whether the team can score with Mukhtar and Nashville SC’s fast attack. The Union struggled mightily in the final third in the previous win over the New York Red Bulls, missing a number of clear-cut chances at scoring in regulation and extra time.

The Union have stood strong at home this season, with a 11-3-3 record at Subaru Park. Nashville has a stout record in away matches at 4-4-9.

Another key Union player to look out for could be Daniel Gazdag. The Hungarian who joined in the middle of the season has three goals and two assists in his last six appearances. As for Nashville, Designated Player Jhonder Cadiz has not played to his billing this season, but he scored in second-half stoppage time to seal last round’s win over Orlando City. Cadiz’s presence as a substitute could make the difference.

Nashville SC has come a long way in only two years as an expansion club. The club is looking to follow up its one playoff win in 2020, which was followed by a 2-0 defeat to the Columbus Crew in extra time.

If the Union can finish their chances against a potent Nashville SC squad, it should be able to progress to the Eastern Conference final, where the winner between the New England Revolution and New York City FC will await.