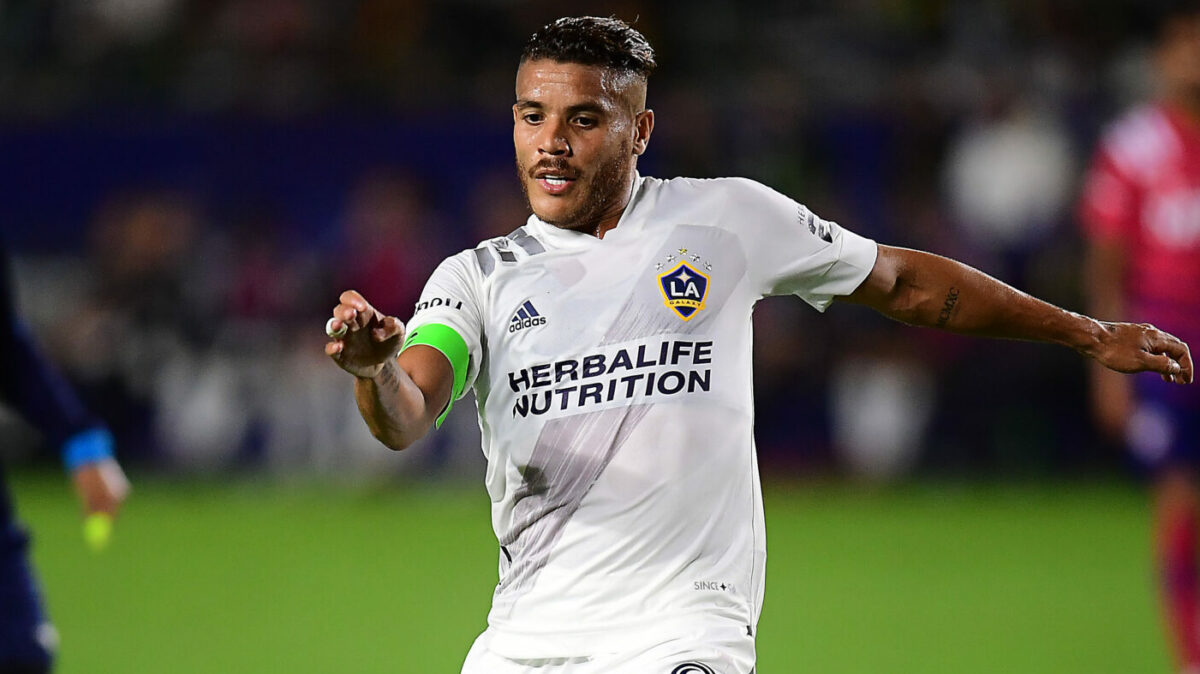 The L.A. Galaxy missed the postseason in 2021 and will now look to replace a key part of their midfield going forward.

Jonathan Dos Santos will not return to the club in 2022, the Western Conference club announced Monday. Dos Santos’ contract is set to expire at the end of the year and the Galaxy are expected to move forward without his services.

Dos Santos joined the Galaxy in 2017 and since then has become the 30th player in club history to appear in 100 regular season matches. He tallied six goals and 12 assists for the club during his time in Carson, California.

The Galaxy missed out on a playoff spot after suffering a 3-3 draw with Minnesota United at Dignity Health Sports Park on Decision Day.

Dos Santos isn’t the only key figure at the Galaxy who won’t be back for the 2022 season. Dennis Te Kloese has stepped down as general manager to join Eredivisie side Feyenoord as CEO. Te Kloese served as GM of the club since December 2018 and went on to sign midfielder Efrain Alvarez and defender Julian Araujo to MLS 22 Initiative contracts, along with Javier ‘Chicharito’ Hernandez to a Designated Player contract.

The Galaxy made the 2019 MLS Cup Playoffs, but failed to repeat that achievement in 2020 or 2021, missing out this season on the final day of the regular season.

Prior to his move to the Galaxy, Te Kloese served as the director of national teams for the Mexican Football Federation, where he oversaw men’s and women’s youth and senior-level programs.

The MLS Disciplinary Committee denied the Timbers appeal for Asprilla’s red card to be overturned following the midfielder’s ejection in a 1-0 playoff win over the Colorado Rapids. Asprilla will not be allowed to play in Portland’s West Final vs. Real Salt Lake on December 4th at Providence Park.

Asprilla has also been fined an undisclosed amount for his actions and failure to leave the field following the red card decision at Dick’s Sporting Goods Park.

The 29-year-old has contributed 10 goals and three assists during the 2021 season and has started both of Portland’s playoff matches, victories over Minnesota United and the Rapids.

The New England Revolution rolled to the Supporters’ Shield in 2021 and head coach Bruce Arena was rewarded for his leadership at the helm.

Arena was named MLS Coach of the Year on Monday, which is the fourth time that the veteran head coach has won the award. He helped lead the Revs to a first-ever Supporters’ Shield in club history an MLS-record 73 points in the regular season.

The former U.S. men’s national team head coach earned 57.97% of the total votes for the award, beating out Colorado’s Robin Fraser and Seattle’s Brian Schmetzer to the top spot. Arena became the third member of the Revolution franchise to earn a year-end honor, joining Matt Turner (Goalkeeper) and Carles Gil (Comeback Player) on that list.

Arena will now look to lead the Revolution to an MLS Cup title this fall with the No. 1 seed opening play on Tuesday against New York City FC at Gillette Stadium.

Nani has been an influential piece of Orlando City’s roster for the past three seasons, but will be saying goodbye to the MLS club.

Orlando City announced Saturday that Nani will not return to the club in 2022 after his option was declined. The 35-year-old oined the Lions on a free transfer from Portuguese club Sporting Lisbon in February 2019, and since has scored 28 goals and provided 23 assists in 84 MLS appearances.

“I want to personally thank Nani for believing in this project we’ve started and built together here, and I think it’s been the best decision of my three years here so far,” said EVP of Soccer Operations Luiz Muzzi. “He brought everything that we needed from him, and he is a huge part of where we are today.”

A former European winner with Portugal and a four-time Premier League champion with Manchester United, Nani’s impact on the field will surely be missed by the Lions heading into 2022. The Lions are also set to lose winger Chris Mueller to Scottish club Hibernian in December and has seen striker Daryl Dike linked with several English-based clubs for a possible transfer.

Yamil Asad and Felipe Martins were among the players who saw options declined for next season, while Yordy Reyna and Joseph Mora were not re-signed after the expiration of their contracts.

Six players saw their options exercised for 2022 including centerback Donovan Pines, defender Andy Najar, and forward Kimarni Smith. A bona-fide offer has been made to midfielder Junior Moreno following the expiration of his contract while D.C. United is also in negotiations with Belgian side Kortrijk over defender Brendan Hines-Ike, who spent the 2021 season on loan at Audi Field.

“Dave Kasper and I have worked closely with Hernán [Losada] to analyze our roster from 2021 to determine the initial changes needed to improve from last season with our eyes set on qualifying for playoffs in 2022,” Lucy Rushton, D.C. United General Manager, said. “We are continuing to scout and identify players that fit Hernán’s philosophy and style of play so we can reinforce and bolster our roster to compete in 2022. We would like to thank the players who have departed the club for their efforts, and we wish them the best in the next chapters of their careers.”

D.C. United failed to make the playoffs in Losada’s first season in charge, finishing in eighth place by one point.

Victor Vazquez and Oniel Fisher saw their options declined by the LA Galaxy for the 2022 season, headlining the list of moves made by the club on Monday.

Vazquez and forward Ethan Zubak remain in discussions with the club over a possible return next season, as does midfielder Sacha Kljestan, whose contract is set to expire.

Goalkeeper Jonathan Klinsmann, defenders Nick DePuy and Daniel Steres, and midfielders Daniel Aguirre and Adam Saldaña all had their contract options exercised for 2022. Kai Koreniuk, Augustine Williams, and Daniel Acosta also joined Fisher on the list of declined options for next season.

Mexican international Jonathan dos Santos is also set to leave the Galaxy as a free agent after totaling over 100 appearances for the club. Defender Niko Hamalainen’s loan from English club QPR will also end and there is no plans to keep him in Carson, California going forward into the new year.

Matias Vera has been a consistent performer for the Houston Dynamo and the midfielder was rewarded Monday with a new contract.

The Dynamo announced Monday that Vera has been re-signed through the 2023 MLS season, with a club option for 2024. Vera moved to Houston permanently from Argentinian side San Lorenzo in 2018 and has went on to appear in 80 league games for the Dynamo.

Vera was voted as the Dynamo’s MVP and Newcomer of the Year in 2019, featuring mainly in a defensive midfielder role. He played in a more advanced role in 2021, totaling three goals and one assist for the club.

The Dynamo failed to make the postseason for the fourth-consecutive season, which led to the firing of head coach Tab Ramos.