On USMNT: Three options to complete the midfield vs. Mexico 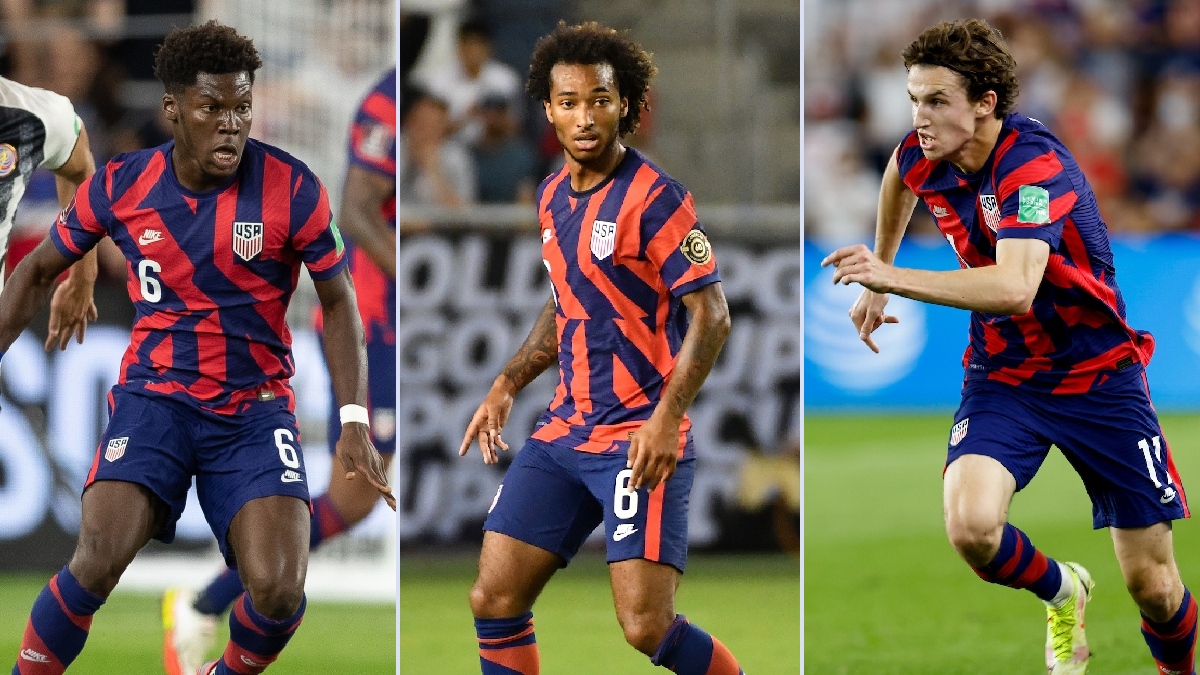 When Gregg Berhalter pieces together his U.S. men’s national team starting lineup he will have some tough decisions to make, and one of the toughest just might be in the middle of the field.

Weston McKennie and Tyler Adams head into November’s World Cup qualifiers in top form, and are two of the first names to be included on the lineup sheet, but choosing who will join them in the USMNT’s three-man midfield is a bit tougher to settle on.

That would have sounded like crazy talk a month ago, after Yunus Musah delivered an outstanding starting performance in the win against Costa Rica, but things haven’t gone according to plan for the young midfielder, who has been struggling for minutes with Valencia over the past month.

That could open the door for some other options to step into the midfield spot alongside McKennie and Adams. Sebastian Lletget and Kellyn Acosta feel like longshots to fill the role, particularly given their lackluster performances in the October loss to Panama, while Cristian Roldan is more likely to offer wing depth in the November window.

Here is a closer look at Berhalter’s leading options for the central midfield role next to McKennie and Adams:

The 18-year-old Musah was incredible in the win against Costa Rica, and memories of that performance just might help Berhalte overlook the fact he has seen little playing time with Valencia over the past month. His strength on the ball, ability to drive the attack and his passing eye make him a very appealing option despite his potential lack of match fitness.

Mexico’s midfield is stacked though, and will give the USMNT a much tougher challenge than Costa Rica did. Berhalter could decide to bring Musah off the bench to help see out a win or potentially spark a comeback. Also note that just because Musah doesn’t start against Mexico doesn’t mean he couldn’t be used instead to start against Jamaica four days later.

Busio also impressed against Costa Rica, albeit in a cameo appearance, but in the month since then Busio has racked up the starts and strong outings for Venezia, making him a good candidate to start against Mexico.

Busio has faced El Tri before, coming off the bench to deliver a good shift to close out the USMNT’s Gold Cup final win last summer. In the three months since then, Busio has only sharpened his game more becoming a regular starter in Serie A.

The popular consensus heading into the November qualifiers is that Aaronson would be deployed on the wing, where he has enjoyed considerable success for the USMNT, but with Christian Pulisic back, Berhalter could consider playing Aaronson in a central role, where he could help pressure Mexico’s playmakers.

All signs point to Berhalter emphasizing his team’s pressing game, and if he wants to put out a lineup with speed all over the field, then Aaronson in a central role and someone like Tim Weah out wide could give the Americans a very dynamic lineup to try and press El Tri effectively, much the way Canada did in its October draw against El Tri at Estadio Azteca.

Who do you think should start in central midfield next to McKennie and Aaronson?