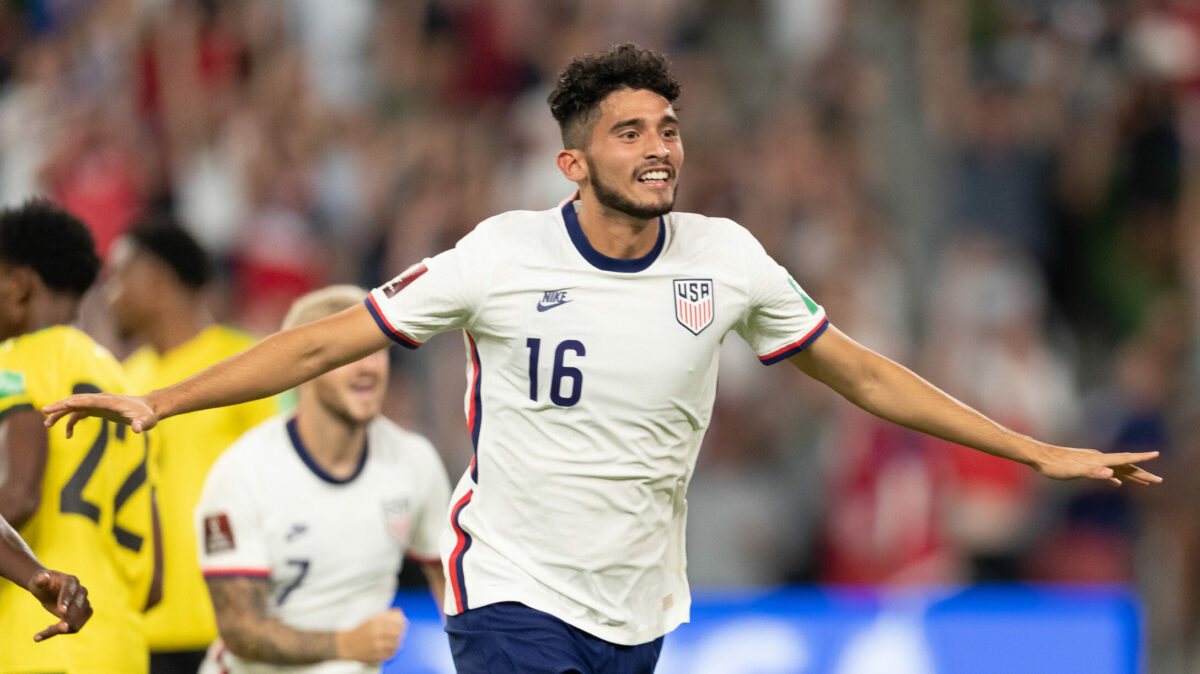 World Cup qualifiers between the U.S. men’s national team and Mexico carry plenty of significance for every player on both sides of the Concacaf rivalry, but few players have taken the field carrying as much emotion into the contest as Ricardo Pepi is set to face when the neighboring countries meet on Friday in Cincinnati.

Born in El Paso, Texas, on the USA-Mexico border, Pepi has stood on both sides of the Rio Grande River, cheered on both teams, and even worn both jerseys at different times in his life. It was that duality that made choosing a national team far from an easy choice for the 18-year-old, and it is that background that will fill Pepi with a unique mix of emotions when he takes the field as the USMNT starting striker in Friday’s World Cup qualifier against El Tri.

Pepi heads into Friday’s qualifier as the USMNT’s unquestioned starter at striker, having taken full advantage when he made his first start back in September against El Salvador.

Pepi has been a revelation for the USMNT, not only as the type of striker ideally suited to lead Gregg Berhalter’s attack, but also as an inspiration to the many Mexican-Americans who have strong ties to both Mexico and the USA.

It was those ties that made Pepi struggle with his decision to choose a national team, but the dream of being able to play in a USA-Mexico match helped motivate him, and helped him know which country he would want to represent.

“There was a talk that I had with my dad, my family in general, and I was just bringing everything to the table to them,” Pepi said. “I was talking about what it would be like walking out playing in the game versus Mexico. We’ve talked about how special it would be, and how motivating that would be for me just to be able to be called up to the national team, be able to play in that game. That made me work harder as a player just, you know, staying humble and always working hard.”

Pepi’s decision has paid off for the USMNT in qualifying, with the FC Dallas striker playing key roles in the victories against Honduras and Jamaica. As for Pepi himself, it’s safe to say he has been happy with his choice.

U.S. Soccer has watched some other Mexican-Americans choose to play for El Tri in recent months in Real Salt Lake goalkeeper David Ochoa and LA Galaxy fullback Julian Araujo, though neither has yet to receive a call-up to Mexico’s senior national team. Pepi knows full well how personal the decision is, and while he won’t be out hitting the recruiting trail to convince Mexican-American players to follow his lead, he does have some simple advice for those who might find themselves facing the same decision.

“My advice to any player who’s in the Mexican American theme, I feel like I would say, just follow your own path, and also just make your decision with your heart,” Pepi said. “I feel like it’s very important to just be able to have a feeling a connection between you and the national team that you’re playing for, so just follow your heart.”

Pepi’s hand will be on his heart when the American national anthem is played on Friday, as he realizes a moment he has envisioned for years. There will be plenty of sentiment, and emotion, but Pepi also knows what is at stake, and how important it is for the USMNT to secure a win over its arch-rival, and doing so at home.

“It’s not just three points we’re playing for. It’s a World Cup qualifier,” Pepi said. “Obviously, we’re at home and we have to win all the games we can win at home, I think that’s very important. I also think it’s important that the majority of the fans will be Americans. In every other game, I think it’s been a majority of Mexican fans. I think that’s going to be important for us to have the fan support so we can go out and play the best game possible.