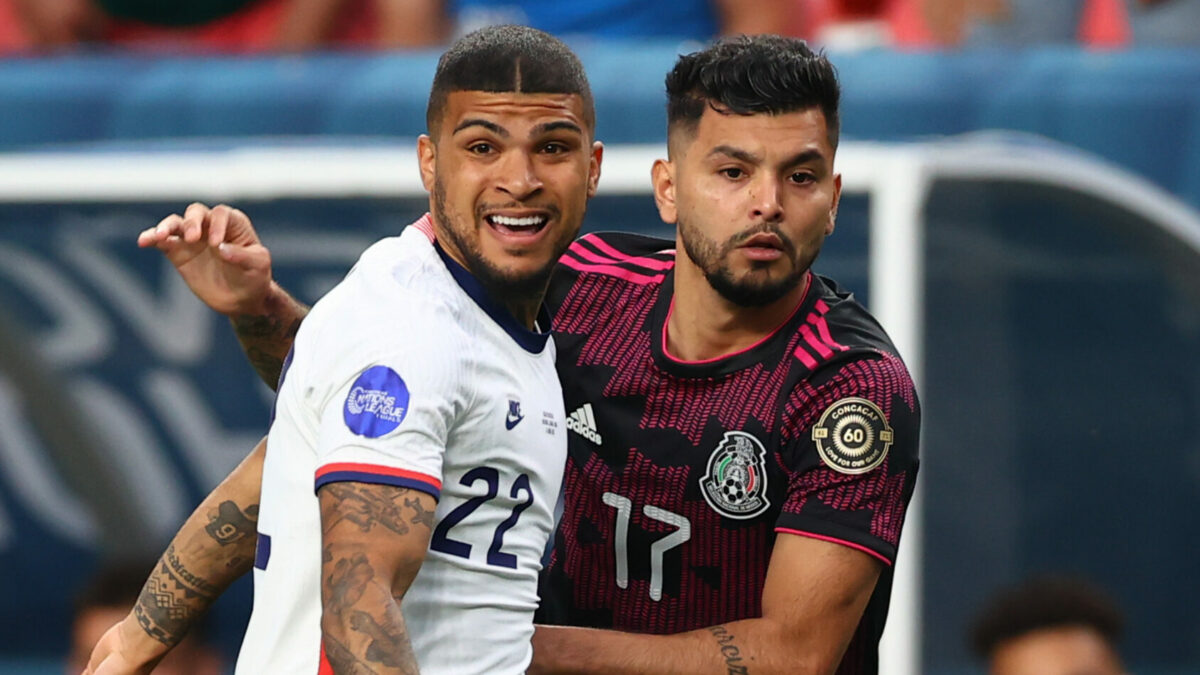 As young as the U.S. men’s national team might be compared to its opponent on Friday, the Americans will be bringing plenty of fresh experiences, and successful ones into their World Cup qualifying showdown with Mexico (9 p.m. ET, ESPN).

Gregg Berhalter’s side lifted both the Concacaf Gold Cup and Nations League trophies this summer after back-to-back finals wins over Mexico, and while neither Berhalter or his players would go as far as saying those results give the Americans an advantage on their arch-rival, the experience gained from those finals should serve them well on Friday night in Cincinnati.

“We’ve played Mexico four times in the past two years and we’ve learned from that game,” Berhalter said Thursday in a conference call with reporters. “It’s important to take those lessons into every meeting, especially for tomorrow night’s. If we want respect as a team, and we do, we’re going to have to earn it, it’s not going to be given to us.”

“I think the experience we gained in our matches against Mexico this summer gave a lot of players the opportunity to witness these big-time games,” USMNT midfielder Tyler Adams said. “The big takeaways were that we lifted two trophies over that time, but now those trophies don’t mean anything now. We have a World Cup on our mind and we’ve been able to progress over the past few matches. A lot of guys are going to be ready to go for it.”

Berhalter will have plenty of lineup decisions to make, especially with players like John Brooks, Gio Reyna, and Sergino Dest all out of the squad for separate reasons. Zack Steffen will start in goal over Matt Turner, while star playmaker Christian Pulisic could play a part off of the bench after recovering from a lengthy ankle injury suffered in September.

Brenden Aaronson, Timothy Weah, and Ricardo Pepi will all be pushing to start in attack for the Americans, who have scored two goals or more in three of their last four qualifying matches. While Mexico will pose the toughest test so far in the qualifying schedule, the USMNT is confident in itself to get the job done on home soil with only one qualifier left this calendar year.

“It’s a different beast,” Aaronson said about Friday’s match. “Every game through qualifying is different and brings a different test. They’re going to want and play their game and beat us in our home stadium. We’re really excited for this match and confident in ourselves to win in front of the home fans and move one step closer to the goal we set out for ourselves.”

“They are number one in the table, so it’s another opportunity for us to go out and prove ourselves,” midfielder Kellyn Acosta said. “We got some momentum from the victories this summer and now it’s about using that in Friday’s match against a top team. It’s a tough matchup no matter how you look at it.”

Even with some of their first-team players not called in, the USMNT still has several threats for Mexico to deal with on both sides of the field. Adams and Weston McKennie are in strong form coming into Friday’s match, as is left back Antonee Robinson, who has continued to come into his own this fall in Europe.

Veteran fullbacks DeAndre Yedlin and Reggie Cannon also have experience against El Tri in their international careers, as do centerbacks Miles Robinson, Mark McKenzie, and Walker Zimmerman, who will all be pushing to start in central defense. Berhalter’s squad might not compare to Tata Martino’s in terms of overall average age and experience, but they do confidence, athleticism and fearlessness to the table.

“We’re not going to be able to make up for Mexico’s experience, they’ll have an average age of 29-years-old while ours is likely between 20-23,” Berhalter said. “What we’ve tried to do over the last few years is get guys ready for this type of atmosphere and magnitude of match. We’ve learned a lot from the showdowns with Mexico and overall it should be a great match.”

“Three points will be huge for us and that is what we as a team are hoping to accomplish,” Acosta said. “We beat them twice over the summer, but we know they are going to come back guns blazing to try and get some revenge on us and move even further in the race for the top spot. I think if we go out and do what we hope to do, it will show more than we are a top team.”

Mexico comes into Friday’s match unbeaten with a 4–0-2 record through six qualifiers, leading the standings in both points (14) and goal differential (+7). Boasting a full-strength attack led by Hirving Lozano, Raul Jimenez and Jesus Corona, and featuring a dynamic midfield led by Hector Herrera and Edson Alvarez, the Mexicans have flexed their muscles already through six matches, setting the tone for what should be a thrilling race for a top-three finish over the next five months.

Despite losing to the Americans twice over the summer, Mexico has owned the head-to-head series in World Cup Qualifying, posting an 16-7-7 record overall.

“It’s going to be a good opportunity for our defense, especially against some top offensive players that Mexico possesses,” Berhalter said. “I think about [Raul] Jimenez who is a talented goalscorer in the Premier League, [Hirving] Lozano who is doing really well in Italy, Tecacito [Jesus Corona] who is playing at a high level with Porto. We’re going to have our hands full tomorrow because we know they have a lot of talent on their roster.”