USMNT set for fourth and most challenging match vs. Jamaica in 2021 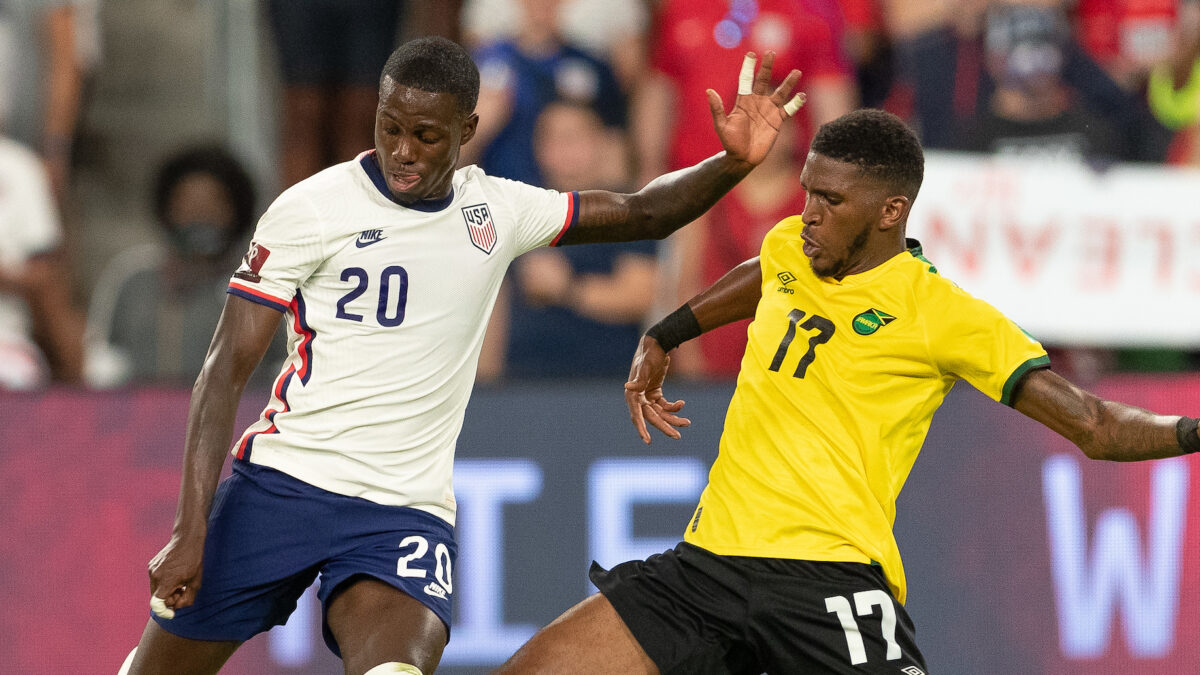 The U.S. men’s national team will face Jamaica on Tuesday evening for the fourth time in 2021, but this contest will come against a new-look attack, with both teams aiming to end November’s World Cup Qualifying schedule on a high note.

Gregg Berhalter’s side visits Kingston, looking to claim a third-straight qualifying victory in the octagonal round after Friday’s 2-0 win over Mexico. Standing in the way will be a Reggae Boyz squad, headlined by English Premier League talents Michail Antonio and Leon Bailey, neither of which has played against the Americans in the previous meetings in 2021.

After a slow start to its qualifying campaign, Jamaica has started to turn things around, and is unbeaten in three matches heading into Tuesday’s clash.

“Something I said to the team before the Mexico game was, ‘yeah, we want to beat Mexico, it’s important, but we have bigger things to focus on,’'” Berhalter said Monday in a conference call. “That’s a game that’s going to get us to our destination, just like Jamaica is a game that’s going to get us to the destination. And you have to put just as much energy into both of these games. And for us, our big picture is qualifying for this World Cup, and all Mexico does is put us closer. But the Jamaica game can put us even closer to qualifying. So for us, it’s a massive game.

“We expect Antonio to be in, and Leon Bailey, and they didn’t play against us last time, they didn’t play against us in the Gold Cup either. And it’s just preparing for them,” said Berhalter. “Mexico had really high-level attacking quality, so does Jamaica, and we have to be prepared for that. The rest of the team we’re projecting to be pretty similar to what we’ve been facing. And then it’s also a matter of what we can do and how we can pull them apart, how we can get behind them.”

The USMNT has faced off with Jamaica three times in 2021, winning all three, including a 2-0 qualifying victory in October led by FC Dallas forward Ricardo Pepi’s two-goal effort.

Weston McKennie and Miles Robinson are suspended for the match, forcing others to step up at the centerback and central midfield positions. Zack Steffen will retain his spot in goal for the USMNT after a four-save shutout against Mexico, while Christian Pulisic, Tyler Adams, and Timothy Weah are all options to start after strong outings against El Tri.

Jamaica might not bring the same intensity as Mexico did, but the hosts will be pushing for a second victory of qualifying, this time in front of 5,000 home supporters.

“There’s a positive feeling, but it’s not like we’re looking backwards,” Berhalter said. “Everyone’s getting focused now on the Jamaica game. And we know it’s different circumstances, but our job is to bring a similar type of intensity into this game.”