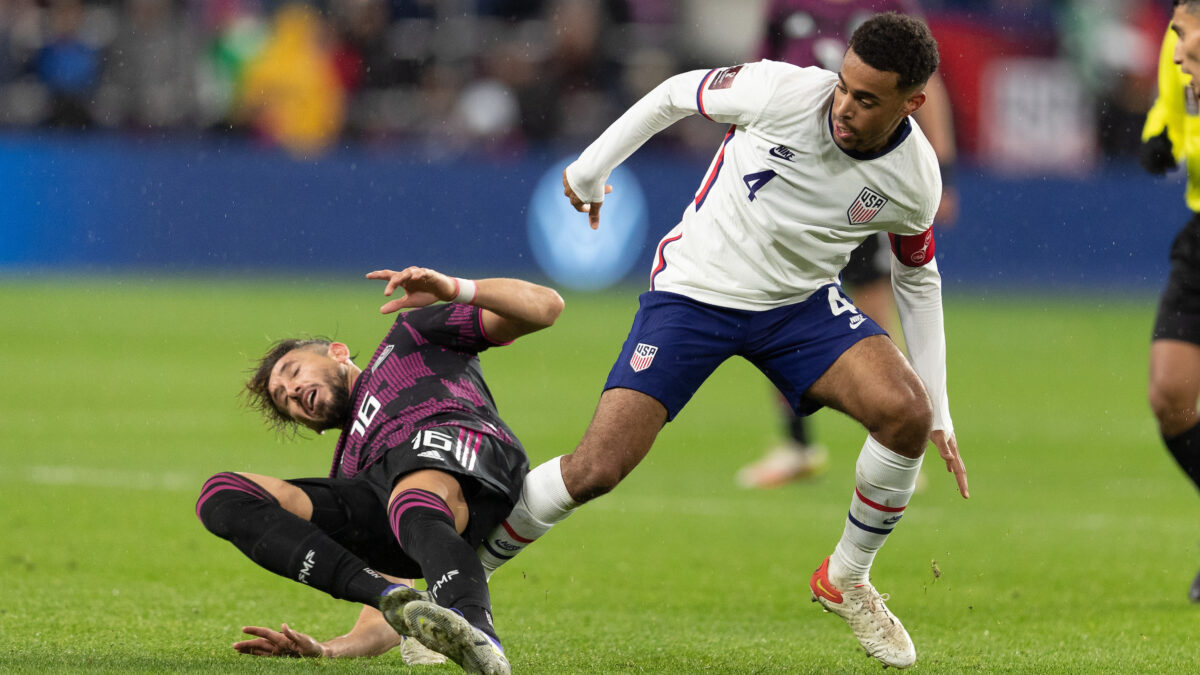 The third time beating Mexico was apparently the charm the U.S. men’s national team needed to finally leapfrog its arch-rival in the FIFA World Rankings.

The Americans moved up to 12th place in the November rankings, which were released on Friday. Mexico slid from ninth to 14th place after posting a pair of losses to the USMNT and Canada in the November Concacaf World Cup qualifiers, marking El Tri’s lowest ranking since 2018.

Canada reached a new historic mark by climbing up eight spots to 40th in the latest rankings, tied for the highest ranking the Canadians have ever achieved in the FIFA rankings. The last time Canada was ranked as high as 40th was 1996. Canada moved ahead of Costa Rica to be the third-highest ranked Concacaf team behind the USMNT and Mexico.

The top two spots in the FIFA World Rankings remained the same, with Belgium holding onto the top spot and Brazil standing firm in second place. England edged ahead of France for the third spot.

Canada sits atop the Concacaf Octagonal World Cup qualifying standings through eight rounds after its November wins against Costa Rica and Mexico, with the USMNT one point back in second place. Mexico is in third place, tied on points with surprising Panama.

The USMNT and the rest of Concacaf have concluded their competitive schedules for the year, and will return to World Cup qualifying action in January, with the Americans set to host El Salvador on January 27 before visiting Canada three days later.

The USMNT will finish out its 2021 schedule with a friendly against Bosnia & Herzegovina on December 18 at Dignity Health Sports Park in Carson, California.