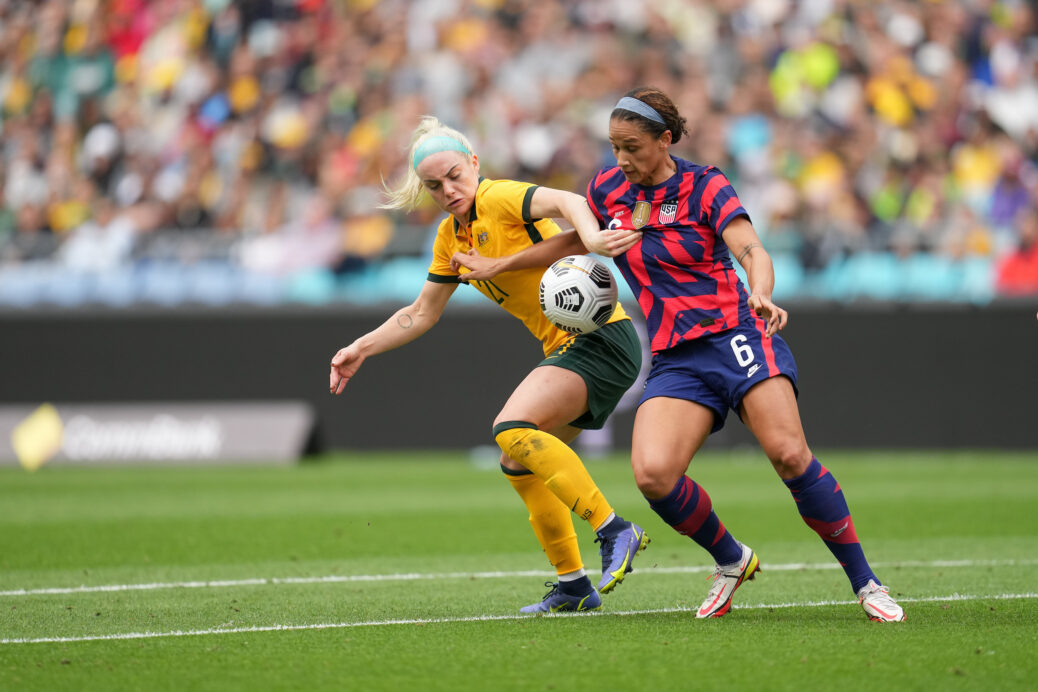 The U.S. women’s national team opened its two-game trip to Australia with a win on Friday, marking the second in a row over the Matildas.

It was not as dominant as the 3-0 final scoreline. As expected, the Australians made it competitive and the USWNT was lucky to not have conceded an equalizer at the end of the first half. American goalkeeper Casey Murphy and her eight saves went a long way in ensuring her international debut was a success.

Vlatko Andonovski’s starting XI was the youngest (average age of 26) since 2018, and all players were younger than 30-years-old for the first time since 2013.

Australia didn’t help its case with a first-minute concession to Ashley Hatch, but Rose Lavelle and Lindsey Horan found the insurance goals needed to make the scoreline look like a vintage one.

Friday marked the first-ever game where Horan was donning Carli Lloyd’s famous number 10 jersey, and probably did the legend proud with a no-doubter penalty to close the scoring.

Horan also drew the contact in order to set the opportunity up.

It is a good week to be Hatch. The 26-year-old scored her first-ever international goal just 24 seconds into the match. The National Women’s Soccer League Golden Boot winner and helped the Washington Spirit to a first-ever title last weekend, and marked her fourth-ever international appearance (first start) in style.

It was a fortunate play where the Aussies were caught napping, and Hatch’s finish insured an early lead for the Americans.

Margaret Purce and Lavelle combined to supply the second goal.

Purce got the ball well outside the box, drove it in, and offered a sitting chance for Lavelle who made no mistakes with the one-timer finish.

Andonovski is definitely making the most of having a relatively younger camp, but came into Friday’s game with some limited options. Sophia Smith missed the game due to concussion protocols, Catarina Macario was out with a groin injury, and no reason was given for Abby Dahlkemper’s absence.

As far as some more of the newer faces who factored into the game, Emily Fox started the game at left-back but came out at halftime after a busy performance.

Emily Sonnett switched from the right to cover for Fox, and Sofia Huerta finished the game on the right side.

Morgan Weaver came on for Hatch in the 74th minute, Bethany Balcer came on for Purce in the 78th to both earn their USWNT debuts. Ashley Sanchez also made her first appearance when she came in for Lynn Williams in the 83rd.

USWNT fans will need to go back to their Olympic sleeping habits to catch the series closer, and perhaps final game of the year on Tuesday. It takes place in Newcastle, making for a 4:05 a.m. EST start time.