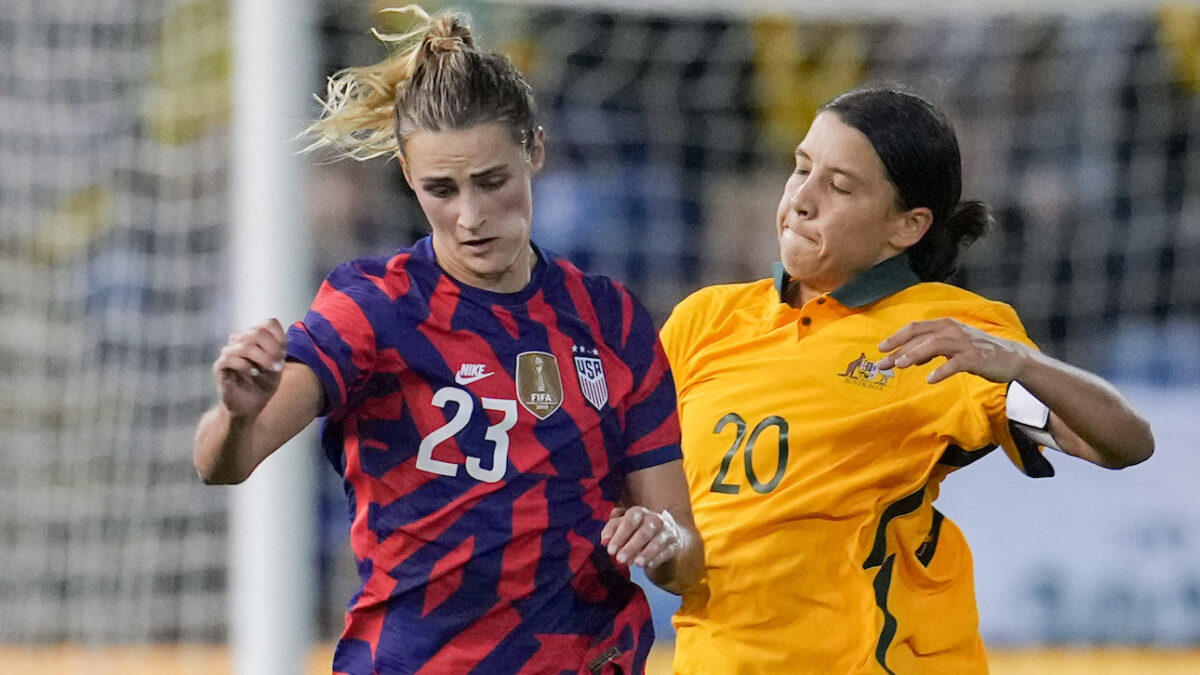 The U.S. women’s national team closed out 2021 with a 1-1 draw in Australia on Tuesday morning in a game that was far less competitive than the scoreline suggests.

Late chaos lifted the Australians to a stalemate in the form of an 88th-minute equalizer that American goalkeeper Casey Murphy had no chance of saving.

Australia’s superstar Sam Kerr held up the play at the edge of the box and created an opportunity for Kyah Simon, whose shot took a deflection and sailed in uncontested to shroud what was otherwise a promising performance from the regenerating Americans.

Head coach Vlatko Andonovski once again trotted out a younger lineup (average age of 26-years-old) and made only one change from Friday’s starting XI, which was Sofia Huerta starting for Emily Sonnett at right-back.

In a similar fashion to Friday’s 3-0 win, Ashley Hatch punished Australia for a poor opening sequence and slammed in a go-ahead goal in just the fourth minute.

Rose Lavelle forced a turnover, and Lynn Williams played a through ball to Margaret Purce who set Hatch up for a tap-in.

The trip to Australia was kind to Hatch and Purce, who notched their first and second-ever USWNT goals and assists respectively in the two-game series.

In all, the USWNT put seven shots on frame compared to Australia’s two and should have walked away with the win.

Both outside backs, Huerta and Emily Fox, had good showings and showed off their two-way abilities, and Murphy had another convincing performance in goal. Australia’s first opportunity was far more deserving of a goal than the eventual equalizer and Muprhy’s save likely prevented the complexion of the game from changing in the first half.

Like Friday, Catarina Macario, Sophia Smith, and Abby Dahlkemper were all on the injury report.

Andonovski used all of his available substitutions apart from goalkeeper Jane Campbell, which most notably meant the international debut of defender Imani Dorsey who came on for Fox in the 77th minute.

There are no more matches in 2021 for the USWNT, but there will be a January camp. The result moves the team to a final 18-2-5 line in all contests for the year.