Weah, Zimmerman and the players who boosted their USMNT stock the most in November 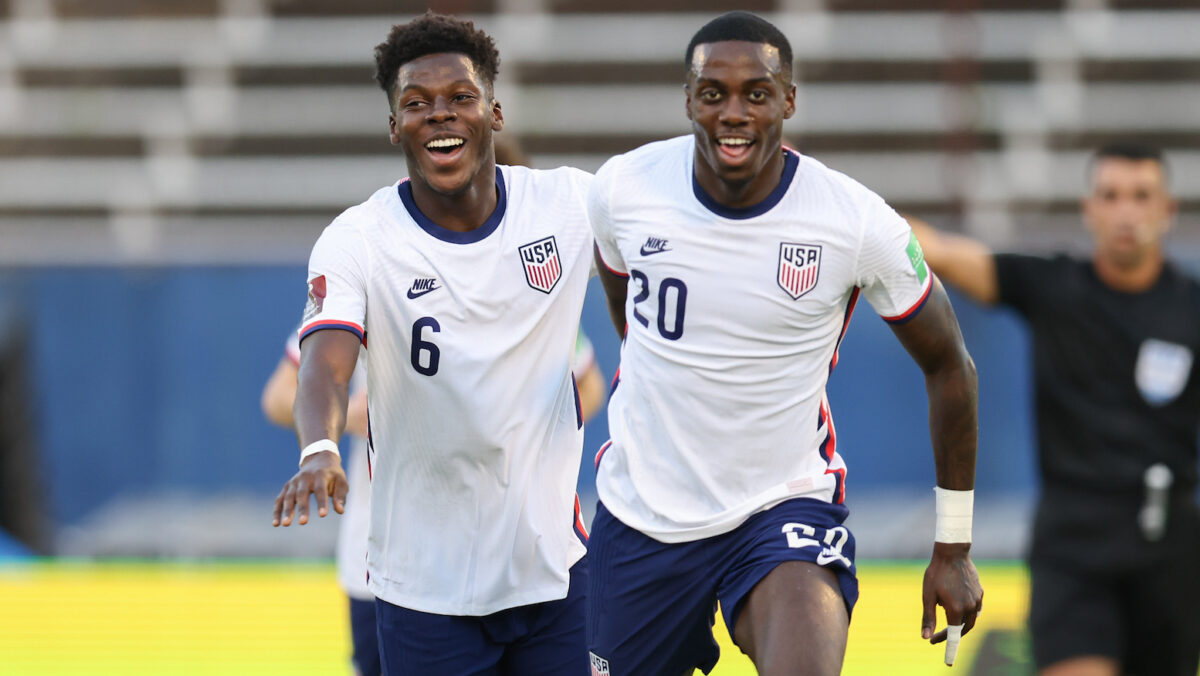 The four points secured during November’s World Cup qualifying made for a good month, even if the disappointment of Tuesday’s draw against Jamaica made it feel as though November didn’t go as well as it actually did.

The 2-0 win against Mexico was the high point for the Americans, and the best overall performance by the team since the Octagonal began, and even though there was a feeling of a major letdown against Jamaica in the wake of that masterpiece in Cincinnati, having a young team missing several key players earn a point on the road was a bigger positive than some have given it credit for being.

Just as important as the four points were the individual performances delivered by those players who made the most of November’s matches to either cement their status as starters, or make strong cases to be starters even as some missing pieces return to the picture.

With that in mind, here is a look at the USMNT players who boosted their stock the most in November:

Set up the winner against Mexico and scored a beautiful goal for the lone USMNT tally in the draw with Jamaica.

As impressive as those moments were, it was his persistent and effective attacking threats throughout the Mexico match, and in the first half of the Jamaica match, that helped him earn SBI Man of the Match honors and have him looking like a serious candidate to start even when the team returns closer to full health.

It’s rare that a player’s stock rises when they don’t play, but McKennie’s absence was so glaring in the Jamaica match that it made it easier to appreciate just how much he brings to the table.

As much as it shouldn’t really surprise anybody how good McKennie can be for the USMNT, especially given the form he was riding from Juventus, but his performance against Mexico was inspiring and helped further erase any lingering doubts about him after the September departure from the team. He is one of the cornerstones of the team, and November only served to remind anyone who may have forgotten.

Made the most of his chances in October to earn himself a starting role in November, Zimmerman emerged as the veteran presence in central defense, with an excellent performance against Mexico and solid effort against Jamaica.

It’s crazy to think that Zimmerman wasn’t initially called into the October qualifiers before John Brooks was sidelined with a back injury. Now, Zimmerman heads into 2022 looking like a real candidate to start, though players such as Brooks and Chris Richards will continue to challenge him.

His masterclass against Costa Rica in October led to heightened expectations for him this month, and the Valencia midfielder did not disappoint. He was rock solid against Mexico, putting in the important work to help complement McKennie and Tyler Adams perfectly.

Musah followed that up by being one of the few bright spots against Jamaica in a performance made all the more impressive by the fact he played the match with strep throat.

While a large segment of the USMNT fanbase was clamoring for the debut of Joe Scally, Yedlin stepped in for the injured Sergiño Dest and put in two strong shifts at right back in November. No stranger to being the starter at the position, Yedlin provided some good evidence to suggest he is still capable of handling the job when needed.

Did the most experienced player on the November roster do enough to potentially mount a challenge to Dest’s hold on the first-choice role? That would be a stretch, but considering where he once was in Berhalter’s pecking order, it is a testament to Yedlin’s perseverance that he has earned Berhalter’s trust and become a dependable player in the pool.

Which players impressed you the most in November? Who do you think helped their stock who didn’t make this list?