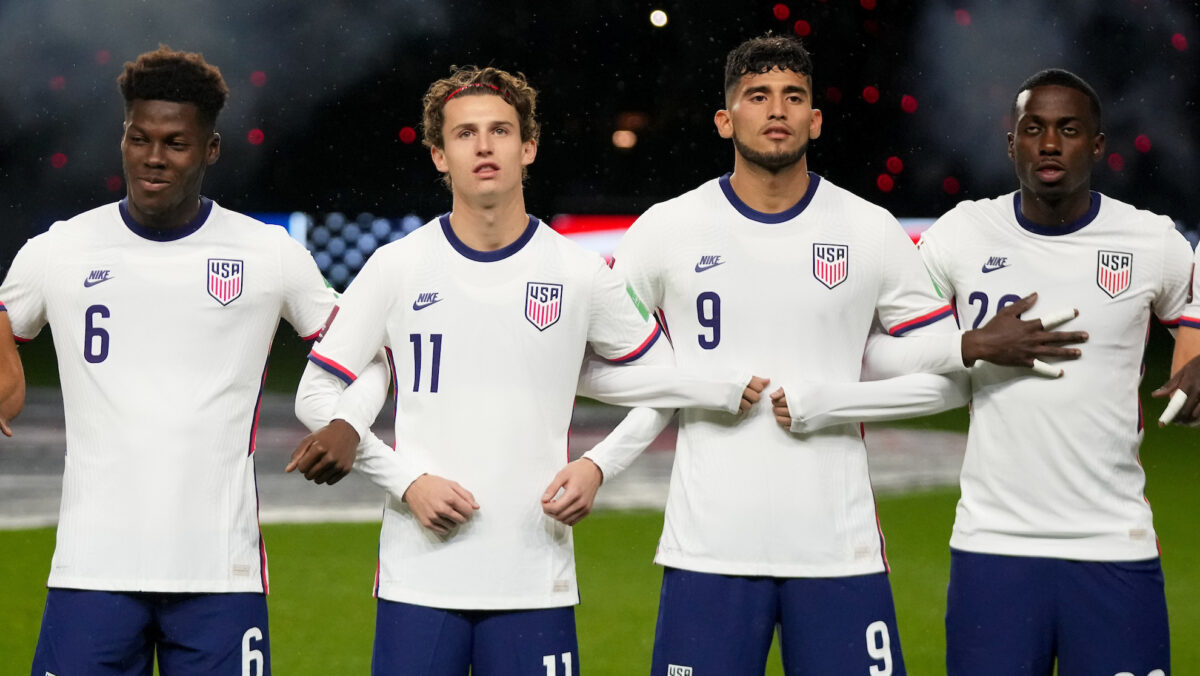 What can the U.S. men’s national team do for an encore after its convincing and satisfying 2-0 victory against Mexico on Friday? Another road win, and another big step toward qualifying for the 2022 World Cup would do nicely and it will be up to Gregg Berhalter to cook up the right lineup to topple the Reggae Boyz.

The option of sticking with the same lineup that beat Mexico isn’t on the table due to suspensions for Weston McKennie and Miles Robinson, and Berhalter’s changes may not necessarily be limited to those two now-vacant spots.

Fatigue could be a factor as the Americans play their second match in four days, with temperatures in Kingston, Jamaica potentially reaching the mid to high 80s with rain. Someone like Yunus Musah, who was excellent against Jamaica, but who hasn’t been earning regular minutes with his club, might not be a lock to start a second straight, while Berhalter could look for fresh legs at right back after Yedlin’s taxing shift chasing around Hirving Lozano on Friday.

Then there is obviously the big question of whether Christian Pulisic is an option to start against Jamaica. He was a super sub against Mexico, scoring the winning goal shortly after entering the match, and Berhalter could opt for keeping him in that role on Tuesday.

With all that in mind, here is a look at the lineup we could see the USMNT deploy against Jamaica on Tuesday, and the lineup SBI would like to see:

Zack Steffen is coming off an excellent match against Mexico, so why make a change in goal? Turner has started every road qualifier, and Jamaica won’t be pressing the may Mexico did so ball possession under pressure won’t be as much of an issue, which is something that worked in Steffen’s favor when Berhalter was choosing his starter for Friday’s match.

Berhalter really can’t go wrong with either choice, but another start for Steffen would officially cement him as the unquestioned starter for the rest of the Octagonal.

UPDATE- Gregg Berhalter confirmed on Monday that Zack Steffen will start vs. Jamaica

The Miles Robinson red card shakes things up in central defense, where Chris Richards should slide into the starting spot next to Walker Zimmerman, who is coming off an excellent match.

Given Jamaica’s speed, Berhalter could be tempted to go with a Mark McKenzie-Chris Richards tandem. McKenzie hasn’t been playing much for his club lately, but he has done well in road qualifying before, and he also has ties to Jamaica, which could provided some added motivation for him.

DeAndre Yedlin held his own on Friday, helping limit Hirving Lozano’s opportunities, but will Berhalter giving him a second straight start after making what was his first start of the Octagonal? If there is a concern about fitness level and Yedlin’s ability to recover, then Reggie Cannon would make sense as a player who has played in big matches before (though not in qualifying)

Weston McKennie’s suspension for yellow card accumulation opens the door for Berhalter to start either Kellyn Acosta or Gianluca Busio. Acosta has the World Cup qualifying experience edge, and well-suited to handle the physicality of the Jamaican midfield.

That being said, Busio faced Jamaica in the Gold Cup, and came into camp in good form as a regular starter for Serie A side Venezia, and he has a bit more of an attacking element to his game, which can help make up for the attacking flavor lost by McKennie’s absence.

If Berhalter decides two starts in four days is too much of a workload for Musah, who hasn’t been seeing regular minutes at Valencia, then we could see Acosta and Busio paired together in front of Tyler Adams, who is coming off another stellar performance.

Who should start: Aaronson, Pepi, Weah

Is Christian Pulisic ready to start, and will Berhalter risk starting him against a physical Jamaica side that will be sure to try and rough him up if he is in the starting lineup?

With three points in the bag from the Mexico match, Berhalter can afford to take it easy with Pulisic, and look to give him a more extended look off the bench, either as a halftime or 60th minute substitute.

Neither Aaronson or Pepi had their usual highly-productive games against Mexico, but both should be in the lineup against Jamaica, a team they can both have real success against give Jamaica’s defensive frailties.

As for the right wing, Tim Weah was SBI’s pick as Man of the Match against Mexico, and his mother is Jamaican so Tuesday should provide a motivating platform for the Lille speedster.

Paul Arriola should see time off the bench, as should Jesus Ferreira.