Who will, and who should the USMNT start vs. Mexico? (UPDATED) 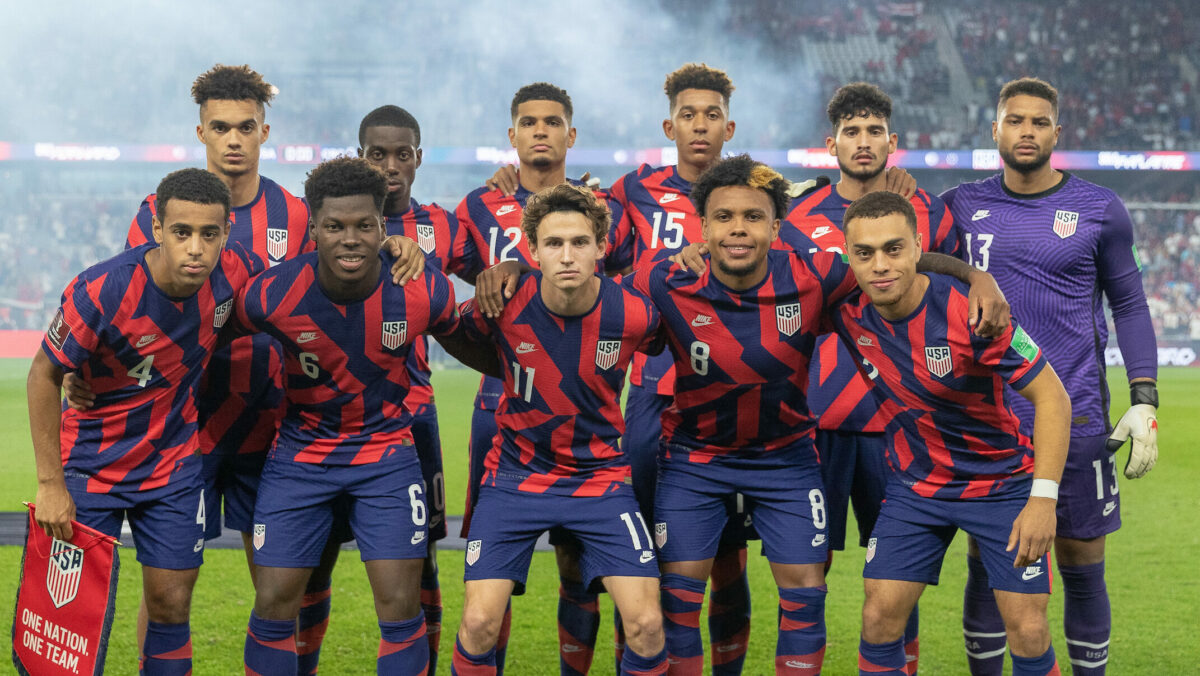 The match U.S. men’s national team fans have been waiting for is almost here, and the only thing left to figure out is which 11 players will take the field when the USMNT faces Mexico in Friday’s World Cup qualifier?

The injury absences of Gio Reyna and Sergiño Dest, coupled with the surprise omission of John Brooks, will mean we see a much different squad than the full-strength group that beat El Tri in the Concacaf Nations League final back in June. The sides met in the Gold Cup final a month later, but what we’ll see on Friday in Cincinnati is more likely to resemble the groups that squared off in Colorado.

Gregg Berhalter confirmed on Thursday that Christian Pulisic will not start for the USMNT against Mexico, citing the relatively short time from when he returned to action, and the fact he had only taken part in four training sessions with Chelsea before joining the United States for camp.

The Brooks omission has left things wide open in central defense, where Miles Robinson is expected to start in one of the two centerback roles. Walker Zimmerman and Chris Richards are in contention for the other starting spot, and we shouldn’t rule out the possibility of seeing a three-centerback setup at some point, though you would think Berhalter would have brought in more than four central defenders if he planned to go with three in the back.

Yunus Musah was outstanding in the October qualifying win against Costa Rica, and looked every bit like a player who could hold on to a starting role for a long time. Unfortunately for Musah, playing time at Valencia since then has been scarce, and he’s been limited to three substitute’s appearances in the past month.

That could open the door for someone like Gianluca Busio to step into the starting lineup, though Gregg Berhalter could choose to start Brenden Aaronson in central midfield and turn to someone like Paul Arriola or Tim Weah to play on the wing opposite Pulisic.

With all that in mind, here is a look at the lineup we could see the USMNT deploy against Mexico on Friday, and the lineup SBI would like to see:

Berhalter is going with Steffen once again, and it has to come down to Steffen’s superior passing ability and the expectation that Mexico will be looking to apply heavy pressure. Turner has had some hiccups with possession before, but he has been playing more regularly than Steffen over the past month, which made Berhalter’s decision a surprising one.

The John Brooks omission opens the door for either Walker Zimmerman or Chris Richards to get the nod against El Tri. We can see Berhalter going with Zimmerman’s experience over Richards’ upside.

The SBI preferred lineup chooses Richards, who has continued to polish his game as a regular starter in the Bundesliga, and his experience starting against Costa Rica should help him be prepared for Friday’s match if called upon.

Another big question is at right back, where DeAndre Yedlin, Reggie Cannon and Joe Scally are available. Scally’s inexperience should rule him out ahead of the two veterans, and while Cannon has made his way back to the starting lineup at Boavista, Yedlin gets the nod due to his showings in World Cup qualifying and continued steady playing time at Galatasaray.

Left back is Antonee Robinson’s spot, and what is really interested to consider is whether Scally could jump ahead of Sam Vines in the pecking order at the position even though Scally is a natural right back.

Weston McKennie and Tyler Adams head into the November qualifiers in good form, with McKennie playing some of the best soccer of his club career. The only real question is who joins them? Musah seems the easy choice, but his lack of playing time could make Berhalter consider going with Busio, who has experience playing against Mexico after coming off the bench for a good showing in the Gold Cup final.

Brenden Aaronson has spent more time on the wing for the USMNT, but you wonder if Christian Pulisic’s return to lead Berhalter to consider deploying Aaronson in central midfield, where he plays for Red Bull Salzburg.

The decision not to start Christian Pulisic is a sensible one, and risking losing him for an extended period of time again had to be weighing on Berhalter’s mind. Pulisic should still see some time, and could be very effective as a super sub.

Brenden Aaronson starts on the left wing once again, leaving the right wing as a toss-up between Paul Arriola and Tim Weah. Arriola has the edge in experience, having faced Mexico in big matches on multiple occasions. His defensive work rate could be key to a USMNT setup that will surely be trying to press Mexico all over the field. That said, Weah is the better attacking threat, and should get a chance off the bench if he doesn’t start.

The striker position is Pepi’s and Pepi’s alone, with Berhalter’s decision to leave Josh Sargent, Jordan Pefok and Daryl Dike off the roster making it clear who he sees as the top choice striker. Jesus Ferreira has been called in, and gives the USMNT a different type of option for the striker role, and we shouldn’t rule out Berhalter partnering Pepi and Ferreira given their chemistry with FC Dallas.