Zack Steffen to start vs. Jamaica, but Berhalter undecided about other USMNT lineup decisions 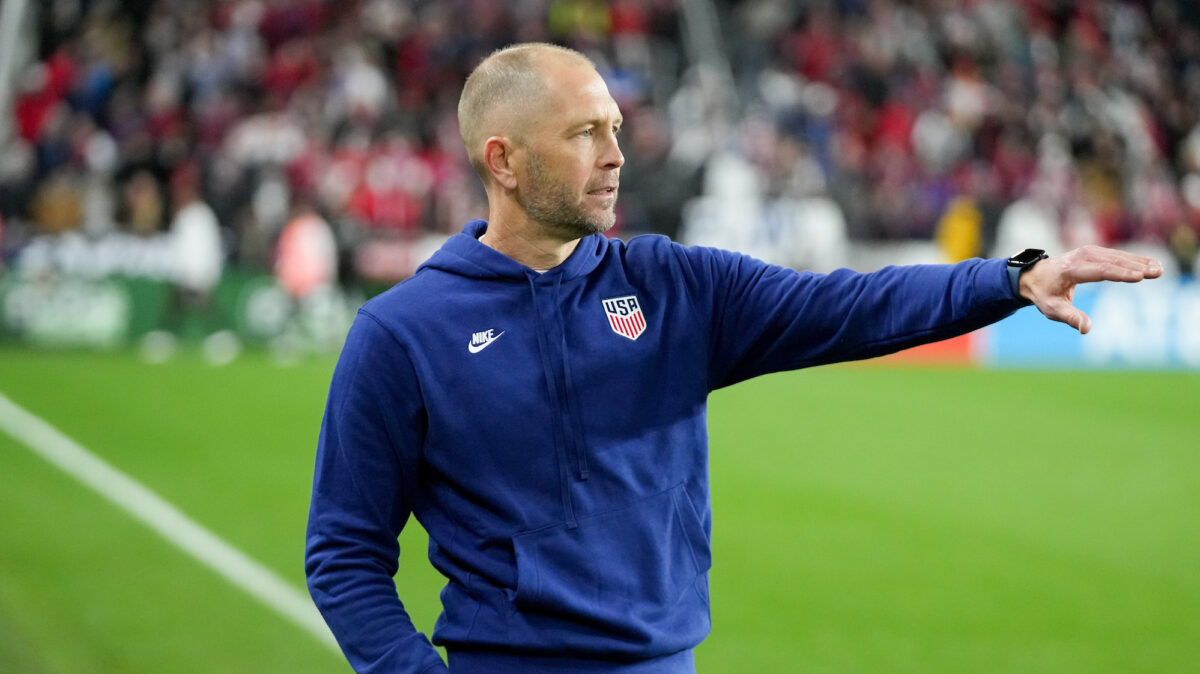 Zack Steffen’s strong showing in net against Mexico has helped him earn a third straight World Cup qualifying start, but there wasn’t a ton else Gregg Berhalter had decided on as of Monday afternoon ahead of Tuesday’s World Cup qualifier against Jamaica.

Berhalter addressed the media on Monday, and aside from confirming that Walker Zimmerman would start in central defense, and Steffen would start again in goal, the USMNT coach still had some things to figure out regarding the team that will start in Kingston.

Weston McKennie and Miles Robinson are out due to suspensions, and Berhalter has a variety of options to replace them.

“It’s next-man-up mentality. Either Mark McKenzie or Chris Richards will play at center back. Both of them have qualifying experience. And either Kellen (Acosta) Gianluca (Busio), or Sebastian (Lletget) will play in midfield. So we have options there with guys that have World Cup (qualifying) experience.”

Berhalter confirmed that Steffen would start once again following his four-save performance in the win against Mexico, staying ahead of Matt Turner in the race for the starting goalkeeper role.

“When you look at the choice of Zack to play in the Mexico game, you could infer that he’s ahead of Matt. And that would be normal to infer,” Berhalter said. “But what I’d say is that it’s also up to Zack keeping his form. We’re not hesitant to change goalkeepers. That’s not something we’re averse to. And we know that the competition is really tight, and they’re pushing each. I think that’s a good thing. And you add Sean Johnson into the mix, and other goalies have been around. Ethan Horvath, how he performed in Nation’s League. We want competition for spots.

As for Christian Pulisic’s potential inclusion in the starting lineup, Berhalter didn’t rule the possibility out completely, though it sounds more likely he plays a super-sub role again like he did when he scored a goal off the bench in Friday’s win against Mexico.

“If we do start him, how much time can he play? What does that look like for the game and getting the result of the games?,” Berhalter said. “So for us, it’s still up in the air. What I’d say is that he’s come along really well fter the game. He trained yesterday. He’ll be full and training (Monday), so we’ll see.”