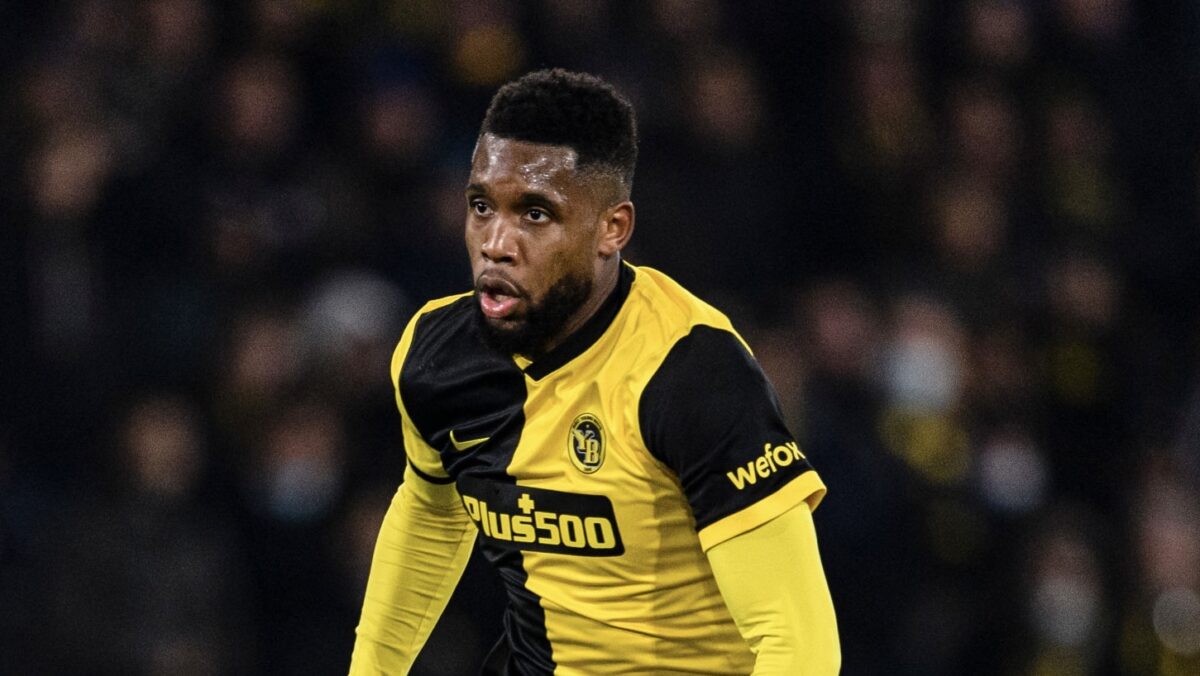 Swiss side Young Boys desperately needed a victory on Wednesday and U.S. men’s national team striker Jordan Pefok was at the forefront of the club’s first win since October 23.

Pefok scored his seventh league goal of the season as David Wagner’s side downed Lugano, 3-1, in Bern on Wednesday evening. The 25-year-old stepped up in the 63rd minute and scored from the penalty spot, equalizing for the hosts after a sluggish first half. Pefok’s goal helped provide momentum for Young Boys, which scored a pair of late goals through substitute Wilfried Kanga to claim a seventh league win out of 14 matches. Pefok’s good run of form continued for Young Boys, which is a promising sign ahead of five additional matches this month.

Timothy Weah claimed his third start out of the past four matches for French side Lille, assisting on the opening goal in a 2-1 win over Rennes. Weah connected with midfielder Xeka, watching as the 27-year-old broke the deadlock in what ended up being Lille’s first league triumph since October 3. Weah created the most chances (2) and won five of his eight duels, continuing to play with confidence following his strong November window with the USMNT.

Christian Pulisic played his first 90 minutes for Chelsea since May, helping Thomas Tuchel’s side grind out a 2-1 road league win over Watford. Pulisic fought to get something going in the offensive end for Chelsea, but struggled to register a shot on goal or win half of his one-on-one battles. It was a positive sign to see the USMNT star go the distance in what will be a busy December schedule in all competitions.

Mark McKenzie also went the distance this week as Belgian side Genk crashed out of the domestic cup competition. McKenzie played 90 minutes for the second match out of the past three, but was unable to help Genk advance past Club Brugge after losing 5-3 in a penalty kick shootout. The USMNT defender has continued to fight for regular minutes this season and will have six additional opportunities before the end of the calendar year.

Elsewhere, Luca De La Torre continued to start for Heracles, playing 90 minutes in a 2-1 road defeat to Feyenoord. Christian Ramirez registered one assist as Aberdeen picked up a Premiership win at home while Joel Sonora found the back of the net in a lopsided victory for Argentina side Banfield.

Christian Pulisic started and played 90 minutes in Chelsea’s 2-1 win over Watford on Wednesday.

Zack Steffen dressed but did not play in Manchester City’s 2-1 win over Aston Villa on Wednesday.

Lynden Gooch did not dress in Sunderland’s 1-0 loss to Oldham Athletic on Wednesday.

Tanner Tessmann started and played 90 minutes in Venezia’s 4-0 loss to Atalanta on Tuesday.

Weston McKennie did not dress in Juventus’ 2-0 loss to Salernitana on Tuesday (McKennie is out injured).

Bryan Reynolds dressed but did not play in AS Roma’s 1-0 loss to Bologna on Wednesday.

Andrija Novakovich came off the bench and played 17 minutes in Frosinone’s 1-1 draw with Cremonese on Tuesday.

Tim Weah started, registered AN ASSIST, and played 80 minutes in Lille’s 2-1 win over Rennes on Wednesday.

Nicholas Gioacchini came off the bench and played four minutes in Montpellier’s 3-1 win over Metz on Wednesday.

Erik Palmer-Brown did not dress in Troyes’ 2-0 win over Lorient on Wednesday.

Yunus Musah started, scored A GOAL, registered AN ASSIST, and played 90 minutes in Valencia’s 3-0 win over CD Utrillas on Thursday.

Matthew Hoppe did not dress in Mallorca’s 2-0 win over Gimnastica Segoviana on Wednesday.

Mark McKenzie started and played 90 minutes in Genk’s 5-3 penalty shootout loss to Club Brugge on Wednesday. The teams were tied 3-3 after 90 minutes.

Owen Otasowie did not dress for Club Brugge.

Christian Ramirez started, registered AN ASSIST, and played 84 minutes in Aberdeen’s 2-0 win over Livingston on Wednesday.

Tyler Boyd dressed but did not play in Rizespor’s 1-0 loss to Ankaraspor on Wednesday.

Haji Wright did not dress in Antalyaspor’s 4-0 win over Amed Sportif on Tuesday.

Joel Sonora came off the bench, scored A GOAL, and played 20 minutes in Banfield’s 4-1 win over Independiente on Tuesday.

Alan Sonora did not dress for Independiente.

Sebastian Saucedo started and played 45 minutes in Pumas’ 1-0 loss to Atlas on Thursday.