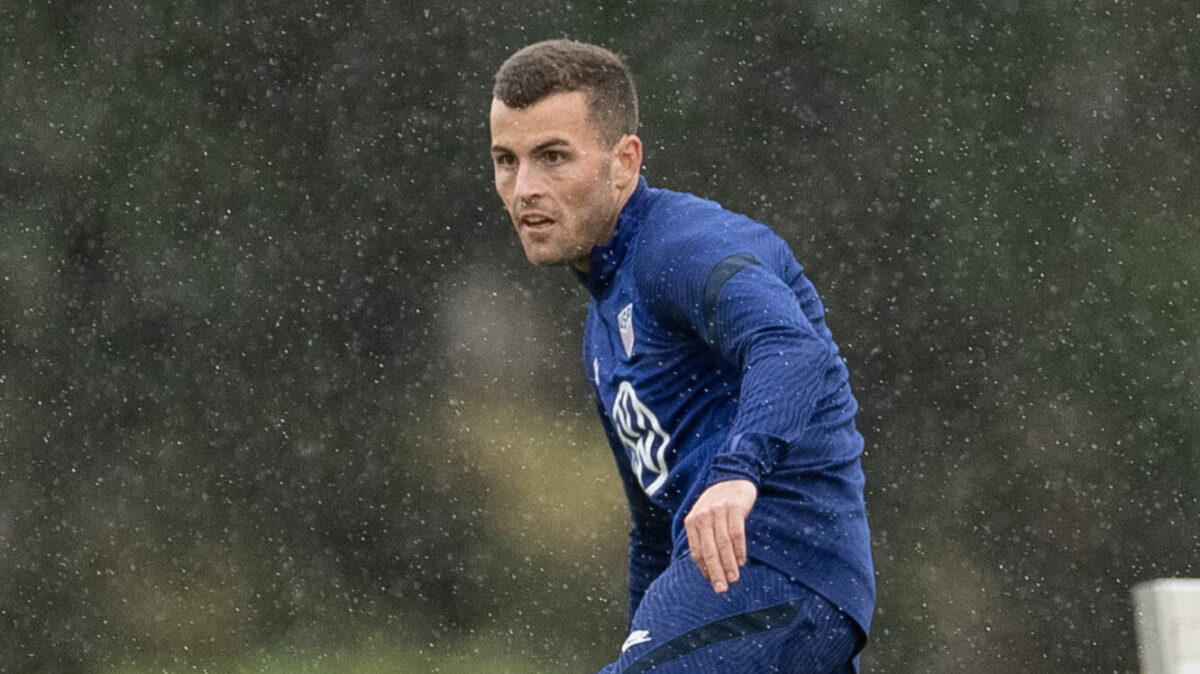 Brooks Lennon has been waiting a while for his chance with the U.S. men’s national team, but that wait hasn’t been due to lack of interest from Gregg Berhalter.

The attack-minded right back has had some past call-up attempts rejected by Atlanta United, forcing Lennon to wait for his opportunity, and his first real chance will come on Saturday when the Americans take on Bosnia and Herzegovina (8 p.m. FS1, TUDN).

USMNT head coach Gregg Berhalter confirmed on Friday that Lennon will start at right back after an impressive showing in camp, and mentioned Lennon’s name first when asked which players had shown well in camp.

“You can tell he’s played the amount of games in Major League Soccer that he has. He has that experience to him, even though he’s a young player, and that’s fun to see in the fullback position,” Berhalter said. “I think he’s a solid, solid fullback. He’s done a good job in camp, really embracing the ideas, the concepts, and has done a good job of that. He’s going to start the game (Saturday). I’m really excited to see how he performs.”

Lennon began his professional career playing as a winger, but a positional change during his time at Real Salt Lake led him to a shift to right back, which he continued to play after making the move to Atlanta United before the 2020 season.

This past season Lennon really settled into a groove, showing considerable improvement on the defensive side of his game as he became a more well-balanced fullback prospect.

“I think I’ve improved a lot defensively, I think, since I made the transition, to right back,” Lennon said. “In Atlanta we play a lot with wingbacks, that’s something I’ve really focused on and tried to improve, to get myself into camp. So I’m really happy with my progression in my defensive responsibilities.

“Gregg does see me as a right back with this group, so obviously, he’s seen the improvement of my defensive role and I’m proud that I was able to do that.”

The USMNT currently features Sergiño Dest as the top right back in the player pool, with DeAndre Yedlin and Reggie Cannon among the other options along with Shaq Moore and younger prospects like Bryan Reynolds and Justin Che. Lennon is 24, with five seasons in MLS and almost 150 matches played, giving him the combination of experience and attacking quality that should help him in the crowded field at the right back position in the USMNT pool.

The positional shift may surprise some who remember Lennon as a hot-shot winger prospect who initially began his career in the Liverpool system before returning stateside and signing with Real Salt Lake. It wasn’t a change Lennon could have predicted when he was a top youth national team prospect, but he helped turn the change into a career-defining adjustment and the fact he is set to make his USMNT debut as a starting defender shows how far he has come.

“The transition for me, initially was I didn’t have a choice,” Lennon recalled of his position switch at RSL. “It was a guy went down when I was playing for Real Salt Lake and things go certain ways in life and in your career, and sometimes you have to make a change and I took it with open arms and did everything I could to learn as quickly as possible.

“I think I’ve improved so much since I took on that right back roll,” Lennon said. “Continuing to learn every day, just putting my head down, working as hard as I possibly can, and hopefully nothing but good things will happen.”