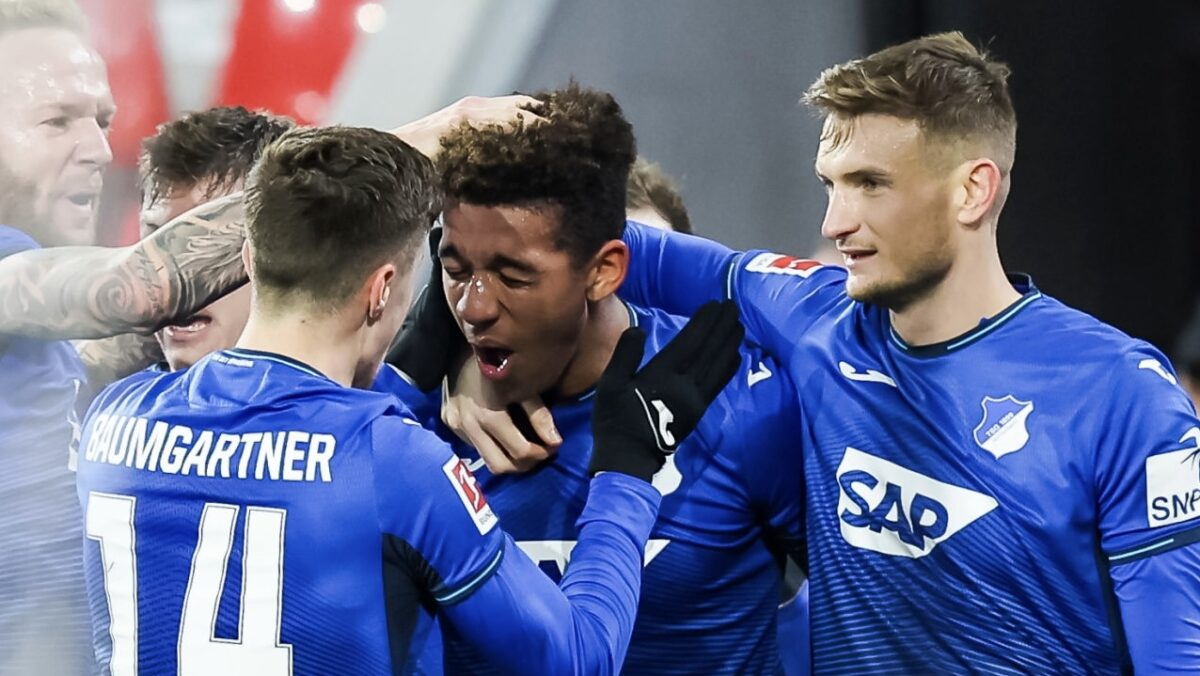 Chris Richards’ first Bundesliga goal couldn’t have come at a better time for Hoffenheim, with the American defender playing the hero in Saturday’s league action.

Hoffenheim earned a 2-1 victory at Freiburg with Richards heading home a 94th minute winner off of a corner kick before celebrating with his teammates. It was a fourth-straight league win for Hoffenheim, which jumped to fourth place in the league table following the day’s action.

The visitors had to dig deep after seeing a third minute lead vanish later in the first half. David Raum needed only three minutes to open the scoring for Sebastian Hoeness’ side, but Freiburg equalized in the 21st minute through Nico Schlotterbeck’s goal.

With both teams pushing for a late winner, it was the U.S. men’s national team centerback who delivered. Raum’s corner kick was hammered home by Richards, beating Freiburg goalkeeper Mark Flekken to the top-left corner.

It was Richards’ first senior goal in his 36th career appearance between Bayern Munich and Hoffenheim.

Hoffenheim would hang on for an important three points, moving one point behind third place Bayer Leverkusen with only two matches left to play this calendar year. Richards has now started in each of the last four matches for Hoffenheim and 15 in total this season in Germany.

Richards and his Hoffenheim teammates will next travel to Leverkusen on December 15 before hosting Borussia Moenchengladbach on Dec. 18 in their final match of 2021.