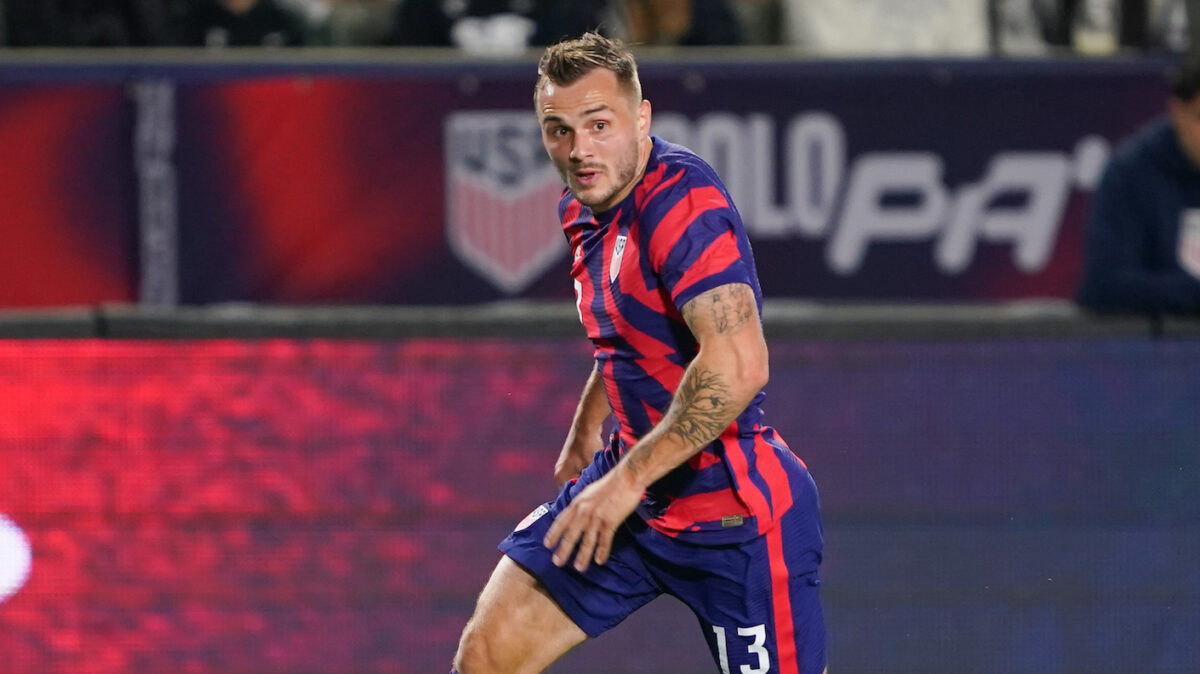 For Seattle Sounders winger Jordan Morris, the road back to the U.S. Men’s National Team has been a long one, 728 days to be exact.

In February Morris tore his ACL in his left knee, all but ruling him out for a majority of World Cup Qualifying and dampening his chances of making the 2022 World Cup squad, but the 27 year-old winger worked his way back to fitness in just eight months and showed in the USMNT’s 1-0 win over Bosnia and Herzegovina Saturday, that he can still contribute at a high level.

“We were pleasantly surprised with him in camp,” USMNT head coach Gregg Berhalter said after Saturday’s win. “Our expectations were that he wasn’t going to be as fit as he was, but he’s trying to work off that rust and he’s doing a great job.”

It was a hard-fought victory for the USMNT to round out their 2021 campaign and in the first half Morris had one of the best chances on the night, heading a cross from Jesus Ferreira on frame and directly at Nikola Cetkovic, the Bosnia and Herzegovina goalkeeper.

“What you see with Jordan is the speed and the ability to get behind the opponent’s backline,” said Berhalter.

The header was Morris’ lone goal-scoring opportunity, but he drove at the Bosnian defense on numerous occasions during his 78 minutes on the field, showing signs of the player that earned 39 caps as a staple in the USMNT winger pool.

Since Morris was last called into the national team in November of 2019, Christian Pulisic is still the preferred starter on the left wing, but the pool of quality wingers for manager Gregg Berhalter to select for his squad from has deepened significantly.

Brenden Aaronson, Tim Weah and Gio Reyna, when fit are all in contention to start opposite Pulisic, with domestic options Paul Arriola and Jesus Ferreira also featuring in World Cup Qualifying matches this cycle.

Following his sharp return to the national team in this camp, Morris’ first chance to stake a claim at winger for the second half of World Cup Qualifying is in January as the USMNT prepares to return to qualifying with matches against El Salvador, Canada and Honduras.

Berhalter stopped short of confirming that Morris will be part of the full January roster, but he did say Morris will be in the January pre-camp for out-of-season MLS players and European players that have been granted releases from their clubs.

“I’m excited to see what he can do in January,” said Berhalter. “Hopefully it ends up being with the qualifying team, but we’ll see.”