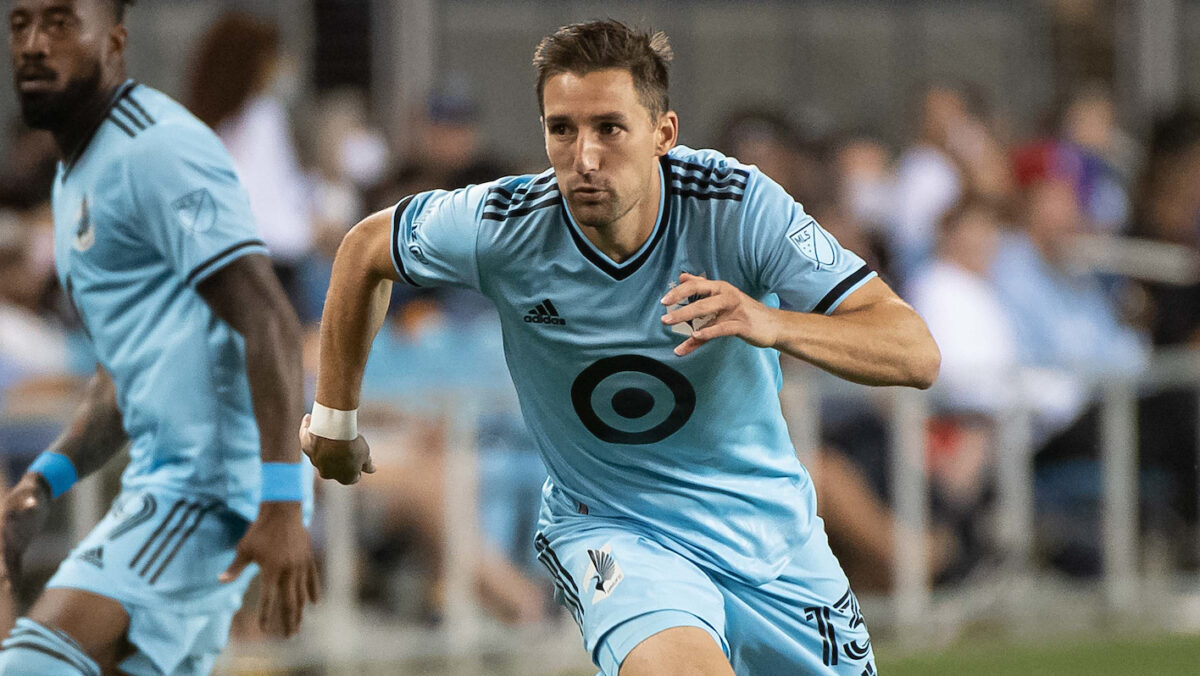 Austin FC struggled with scoring goals in its inaugural MLS season in 2021, but bolstered its options for 2022 with a veteran presence coming to town.

Finlay was traded to the Loons in 2017 during Minnesota United’s inaugural MLS season, registering 95 appearances and recording 19 goals across his four-and-a-half season tenure in St. Paul. Prior to his move to the Western Conference, Finlay was a former first round draft pick by the Crew in 2012 following a stellar collegiate career at Creighton University.

In total, Finlay has made 245 appearances during his MLS career, recording 49 goals and 42 assists. He’s also earned three caps with the U.S. men’s national team.

Austin FC scored 35 goals in 2021, the fewest in the Western Conference.

Ben Sweat is on the move for the third time in his MLS career, staying in the Western Conference for 2022.

Sporting KC announced Tuesday the signing of the free agent defender, locking him up through the 2023 MLS season with a player option for 2024. Sweat, 30, recently played with Austin FC in its inaugural season in 2021.

Sweat has made 89 starts in his MLS career, playing previously for the Columbus Crew, New York City FC, and Inter Miami. The left back was a former first round draft pick by the Crew and should provide added veteran experience to Peter Vermes’ backline in Kansas City.

Sporting KC finished second in the Western Conference during the regular season, but was eliminated by Real Salt Lake in the second round of the MLS Cup Playoffs.

C.J. Brown finished his playing career as one of the Chicago Fire’s best players and will now return to the club as an assistant coach.

Brown spent the 2021 season as the technical director and head coach of Chicago House AC in the National Independent Soccer Association (NISA). He also served as an assistant coach for the U.S. under-23 men’s national team in the 2020 Concacaf Men’s Olympic Qualifying Championship.

The Fire will be seeking a first playoff appearance since 2017.

The San Jose Earthquakes retained one of their longest-tenured players for 2022.

Paul Marie signed a new contract with the Western Conference club on Monday, remaining in California for the new MLS campaign. Marie’s deal also comes with an option for 2023.

The 26-year-old French defender made a career-high 22 appearances for the Quakes last season. His role with the club has increased over the past three seasons after being a first round draft pick by the Quakes in 2018.

Matias Almeyda’s side missed the playoffs in 2021, earning 41 points in 34 regular-season matches.

Richey, 29, joins the Fire after spending the 2021 season with the Seattle Sounders, where he featured in MLS play and in the USL Championship with the Tacoma Defiance. A Washington native, Richey has also played with both the Vancouver Whitecaps and FC Cincinnati during his MLS career.

The Fire now have three goalkeepers signed through 2022 including Homegrowns Gabriel Slonina and Chris Brady.