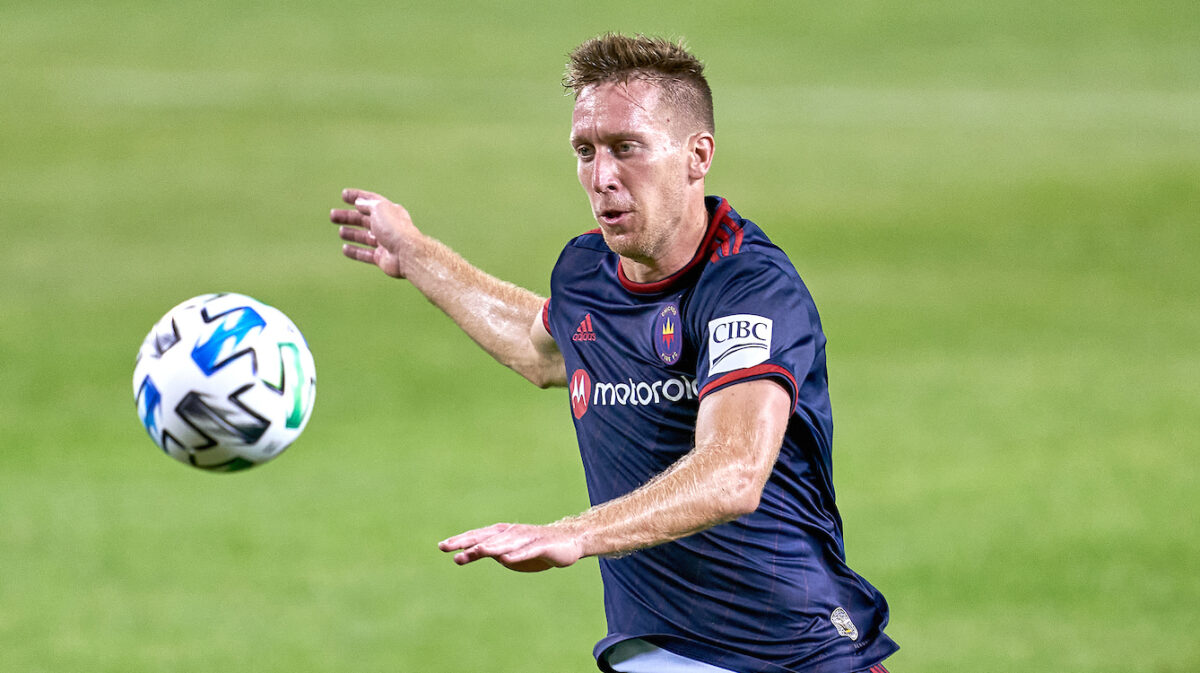 Robert Beric and Jan Gregus headlined the players chosen in Stage Two of the 2021 MLS Re-Entry Draft on Thursday.

Beric, the former Chicago Fire forward, was selected by Sporting Kansas City while Gregus could be headed to the San Jose Earthquakes after being chosen by the Western Conference club. Beric and Gregus were two of six players chosen in Thursday’s Stage Two, meaning they would have to agree to terms with their new clubs in order to play there.

Former FC Dallas midfielder Bryan Acosta was also selected in Thursday’s action, heading to the Colorado Rapids, should a deal get completed. Acosta joins both Beric and Gregus as the three former Designated Players chosen this week.

Atlanta United added veteran leadership to its midfielder on Thursday with the signing of longtime MLS midfielder Osvaldo Alonso.

Alonso signed one-year deal with the club, which includes a club option for 2023. A 13-year MLS veteran with the Seattle Sounders and Minnesota United, Alonso has lifted six trophies in his career, including the 2016 MLS Cup.

The 36-year-old moved to MLS in 2009 with the Sounders and featured for the Western Conference club over 10 seasons. Alonso has totaled 368 appearances between regular season and playoff action the last 13 seasons, being a key player with the Sounders during their successful period.

He played alongside Atlanta United head coach Gonzalo Pineda from 2014-15 and for him during 2017-18 when Pineda was an assistant coach for the Sounders.

Internationally, Alonso has earned 17 caps with the Cuban national team.

The Philadelphia Union added a promising young talent to the mix on Thursday ahead of the 2022 MLS season.

Julian Carranza was acquired by the Union on loan from Inter Miami, in exchange for the club’s natural second-round draft pick in the 2022 MLS SuperDraft. The 21-year-old will occupy a Young Designated Player spot on the club’s roster and comes to Philadelphia with an option to make his loan permanent.

Carranza signed with Inter Miami  in July 2019 from Banfield in the Argentine Primera Division, becoming one of the first two players signed by the then-expansion side. He scored three goals in 41 appearances for the Eastern Conference club, with two of those coming in a 3-2 win over rivals Orlando City in August 2020.

A former academy player with Banfield, Carranza totaled 11 goals and two assists in 48 appearances for the club. Carranza has previously appeared for Argentina’s Under-17 and Under-23 men’s national teams, but has yet to debut for the senior team on the international level.

Orlando City retained another key piece of its roster this week, re-signing defender Ruan to a new contract.

Ruan was signed to a two-year deal on Thursday, which includes an option for 2024. The 26-year-old finished the 2021 campaign with 24 appearances for the Lions, and helped the club register a new record nine shutouts this season.

The Brazilian defender joined the Lions on loan ahead of the 2019 MLS season following two seasons in Brazil’s Serie B division. Since then, Ruan has appeared in 80 matches, scoring a pair of goals and adding 13 assists for the Eastern Conference club.

His highest recognition came in 2020 at the MLS is Back Tournament, being named to the tournament’s Best XI.

The New England Revolution retained free-agent goalkeeper Brad Knighton for a club-record 12th season, signing the veteran to a one-year contract on Thursday.

Knighton, a North Carolina native, has amassed 81 regular season appearances and totaled a 32-26-20 record during his time with the Revolution. He is one of five Revolution players to start at least 50 league games in goal for the club and is a veteran presence behind starting goalkeeper Matt Turner.

Knighton, 36, is in rare company as one of only five players to spend at least 10 seasons in a Revolution uniform along with Diego Fagundez, Shalrie Joseph, Matt Reis, and Chris Tierney. In 2022, Andrew Farrell will join the group as the sixth player to spend 10 seasons in New England.

Bruce Arena’s side returns to action in the 2022 Concacaf Champions League with a Round of 16 series against Haitian side Cavaly AS.