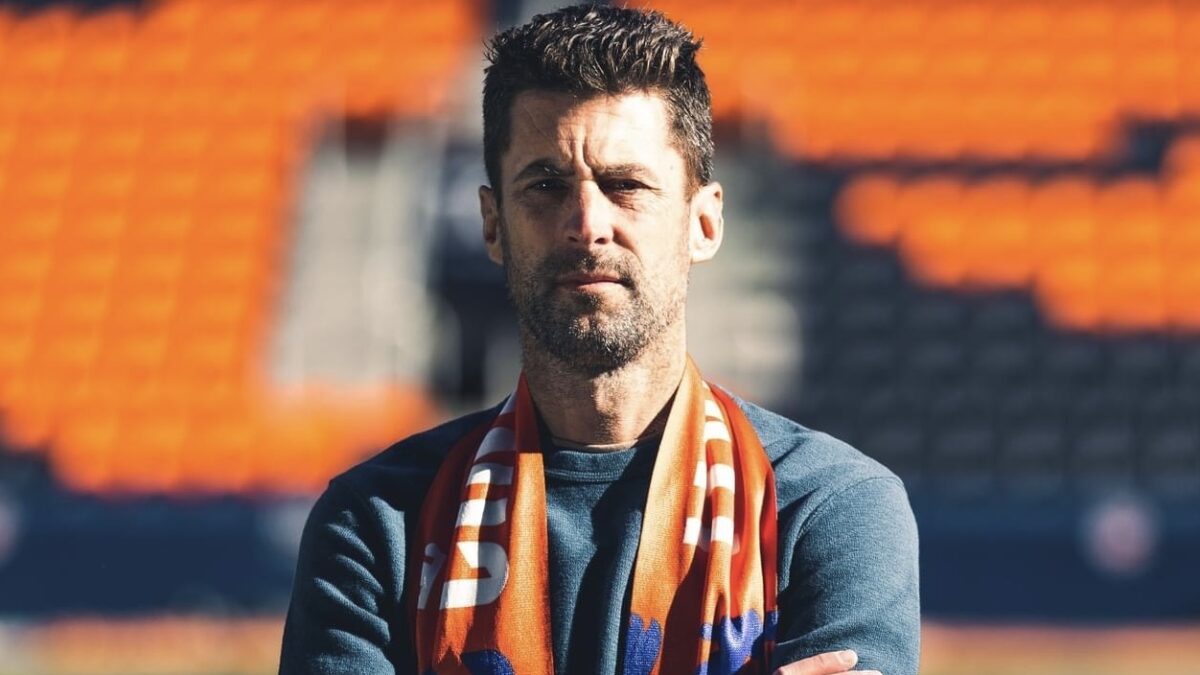 As of Tuesday, FC Cincinnati’s head coaching search is over and Pat Noonan has been deemed the man for the job. Alongside FCC leadership, also freshly-hired GM Chris Albright delivered the announcement at TQL Stadium.

Noonan, 41, had a 10-year playing career and brings nine years of domestic coaching experience to Cincinnati which was a major point of emphasis in Alrbight’s search. Noonan’s resume includes stops at LA Galaxy, U.S. Soccer, and the Philadelphia Union, all as an assistant.

He represents Cincinnati’s fourth full-time head coaching hire in as many years since joining MLS and is looking to be the first to have any amount of success for the three-time Eastern Conference cellar resident.

That fact doesn’t faze the first-time head coach, whose team still has ways to go before it will be ready to contend.

“The past is the past,” Noonan said. “That has no influence on our future.”

Three players who weren’t guaranteed to be defending the MLS Cup next year have been retained by New York City FC.

Brazilian striker Héber’s extension goes through 2022 with an option for a one-year extension. The 32-year-old had a 15-goal debut with NYCFC in 2019 but suffered an ACL tear last year and was on the mend for the majority of 2021.

Midfielder Nicolás Acevedo’s extension runs through 2025 with a one-year option. Acevedo joined the team in 2020 and has made 15 starts across the two seasons.

Fellow midfielder Gedion Zelalem has been extended through 2022 with two possible one-year options in 2023 and 2024. The 24-year-old German’s time in NYC also dealt with injuries this season and was only able to make seven starts.

The Seattle Sounders made a pair of roster signings on Tuesday, adding forward Sam Adeniran and midfielder Obed Vargas as first team players.

Both players join the First Team after playing frequently for USL side Tacoma Defiance during its 2021 campaign. Adeniran signed a one-year deal with club options for 2023 and 2024, while Vargas signed a four-year deal with a club option for 2026.

“We are pleased to sign Sam and Obed to the First Team,” said Sounders FC General Manager & President of Soccer Garth Lagerwey. “Sam has earned an opportunity after a record-breaking year with Tacoma Defiance in 2021. Obed’s signing continues the player development pathway we have in place through our Academy and Tacoma Defiance. We are excited to see how these two young players contribute in 2022 and beyond.”

Adeniran, 23, a Texas native, came to Tacoma Defiance in March 2021 via German side Atlas Delmenhorst. The forward tallied 13 goals in 30 appearances, breaking the previous club record of 12 goals held by Justin Dhillon set in 2019. He most notably scored a hat trick against Orange County SC on October 10, winning USL Championship Player of the Week.

Adeniran also made two appearances for the Sounders in 2021 via Extreme Hardship, including a start against Austin FC on July 23 that saw Seattle start five teenagers in an eventual 1-0 victory.

The 16-year-old Vargas joined the Sounders academy at 14-years-old from Cook Inlet Soccer Club in his native Alaska. After signing a USL contract with the Defiance in May 2021, Vargas tallied one assist in 28 appearances for Defiance this season. He became the third-youngest player to play in an MLS match after totaling 77 minutes in the Sounders victory over Austin FC.