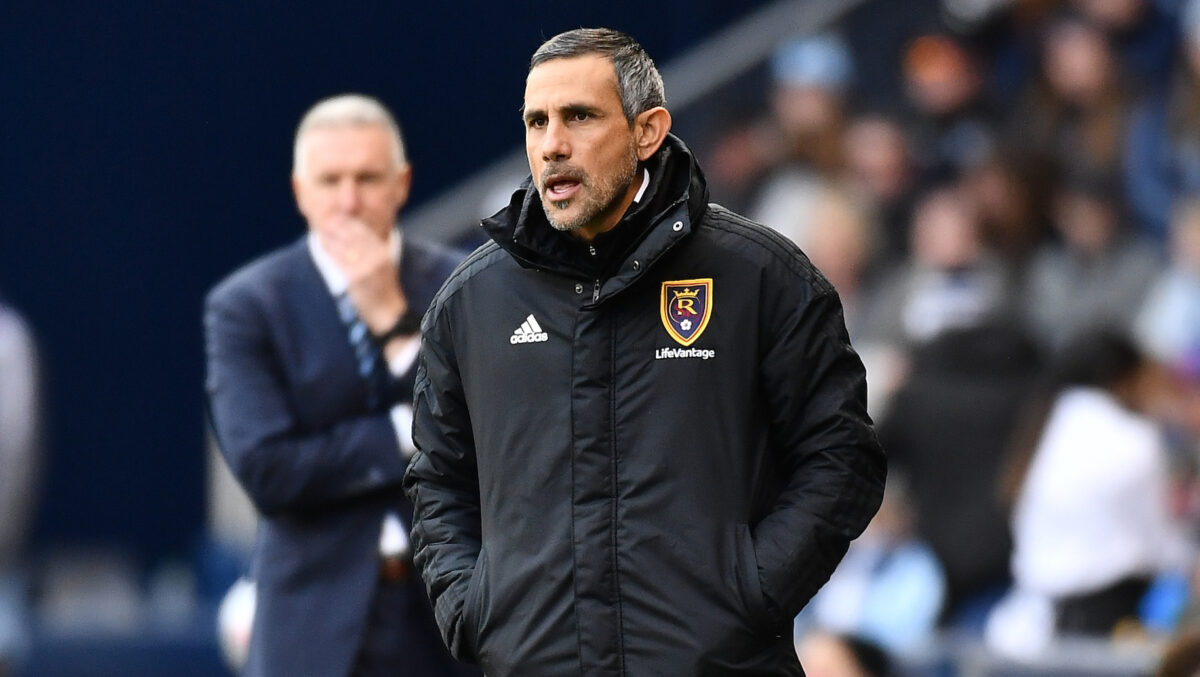 Pablo Mastroeni helped guide Real Salt Lake to a Western Conference Final this fall and was rewarded with a permanent role as head coach of the club.

RSL announced Monday that Mastroeni has been named permanent head coach after serving on an interim basis since August. Mastroeni took over for Freddy Juarez in August and went on to post an 8-1-8 record, including a pair of MLS Cup Playoff victories over the Seattle Sounders and Sporting Kansas City.

Mastroeni helped lead RSL to 55 goals scored in 2021, including 25 in road matches, both of which were the second-most by the club in franchise history. The 45-year-old helped lead RSL to its 11th postseason berth in 14 years as the seventh and final Western Conference Playoff team.

Upset victories over the Sounders and SKC on the road propelled RSL to a Western Conference Final berth against the Portland Timbers, however the club fell 2-0 at Providence Park to the eventual MLS Cup finalists.

RSL will be returning 20 players from its 2021 roster, including 10 from the club’s academy and homegrown pipeline.

Charlotte FC continued its roster building ahead of its debut MLS season, signing its first player under the new Under-22 initiative.

Internacional forward Vinicius Mello signed a four-year contract with Charlotte FC on Monday, which also includes a club option for 2026. The 19-year-old will occupy an international roster spot and becomes the latest player acquired over the last few days.

Mello made his senior debut for the Brazilian Serie A club in February 2021 and since has made 13 appearances in total. Since 2020, the young Brazilian has played in 28 games for the Internacional U-20 side, scoring 15 goals.

On the same day the Chicago Fire transferred out one Designated Player, the club re-signed one to a new contract.

The 30-year-old was originally acquired by the Fire from Argentina side Club Atlético Velez in February 2020. He’s made 43 appearances in his first two seasons with the Fire and should play a key role in Ezra Hendrickson’s midfield in 2022 and beyond.

Prior to making the move to MLS, Giménez made 235 appearances across all competitions while playing in Argentina. In addition to Velez Sarsfield, he spent time with Estudiantes, Godoy Cruz, Atlético Tucumán and Club Almirante Brown during a 10-year stretch.

The Fire missed the MLS Cup Playoffs this season.

The Chicago Fire will have not Ignacio Aliseda to call on for the 2022 MLS season after the club transferred the young forward away on Monday.

Aliseda will join Swiss Pro League side and Fire partner club Lugano on January 1, 2022 after joining the club on a permanent transfer. The 21-year-old was originally acquired by the Fire in February 2020 and went on to total five goals and three assists in 43 appearances for the club.

The Fire will now have an open Designated Player spot due to Aliseda’s departure from MLS.

Prior to moving to MLS, Aliseda spent two seasons with Defensa y Justica in Argentina, making 38 appearances across all competitions. He’s earned two caps with the Argentina Under-23 men’s national team.

Sporting Kansas City retained depth at the goalkeeper position on Monday, re-signing Kendall McIntosh to a new contract for the 2022 MLS season.

The Western Conference club also announced that McIntosh’s deal will come with an option for 2023. McIntosh signed for SKC in January 2020 after being selected in the MLS Re-Entry Draft last December.

The 27-year-old McIntosh featured extensively for Sporting KC II in the USL Championship during his first season with the club, posting three shutouts in 13 appearances.

A California native, McIntosh boasts six years of professional experience across MLS and the second-division USL Championship. He spent the 2020 campaign with the New York Red Bulls following a four-year stint in the Portland Timbers organization from 2016-19.

Tim Melia remains the No. 1 goalkeeper for Peter Vermes’ side, but McIntosh should fight for the back-up role.