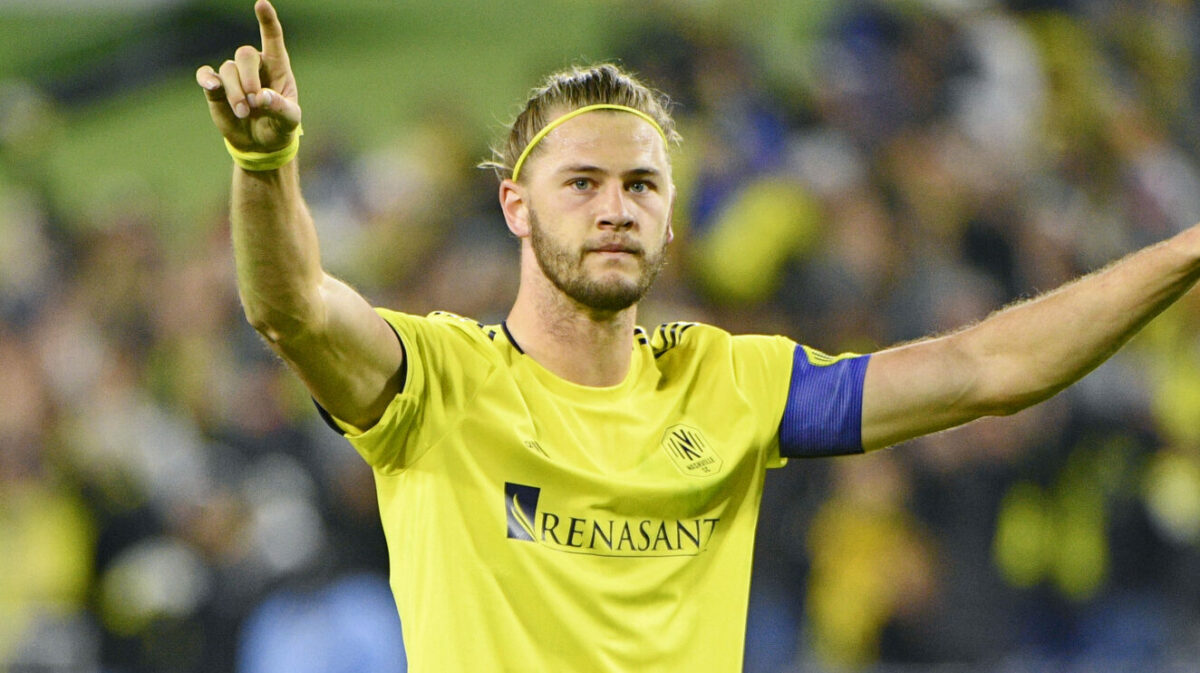 Walker Zimmerman excelled once again for Nashville SC during the 2021 MLS campaign and finished with one of the league’s top honors because of it.

Zimmerman was named MLS Defender of the Year on Wednesday, earning the individual award for the second-consecutive campaign. The Nashville SC centerback is the third player in league history to win the award in consecutive seasons, joining Carlos Bocanegra and Chad Marshall on that list.

Zimmerman earned 30.97% of the votes, beating out Yeimar Gomez Andrade and Miles Robinson for the achievement. The 28-year-old helped Gary Smith’s side post a joint league-leading 13 shutouts this season and go through an entire campaign at home without a single loss (eight wins, nine draws).

Nashville SC earned the No. 3 seed heading into the MLS Cup Playoffs, before eventually falling to the Philadelphia Union in the semifinal round on penalty kicks. On the international level, Zimmerman has started in each of the last five World Cup Qualifiers for the USMNT, giving him 21 career caps for his country.

Vanni Sartini helped lead the Vancouver Whitecaps to their first MLS Cup Playoffs appearance since 2017 and the Italian head coach was rewarded with a permanent contract heading into the new year.

Sartini was signed to a two-year deal by the Whitecaps on Tuesday, which removes the interim tag from his title. A native of Florence, Italy, Sartini posted a 7-2-5 record with the Whitecaps since taking over for Marc dos Santos earlier this season.

The Whitecaps conceded one goal or less in 12 of the 14 matches that Sartini was in charge of and earned 26 points over that span, the second-most in the Western Conference.

“These last three months have completely changed my life,” added Sartini. “When the club gave me the chance to be the head coach in August, I didn’t know how long I was going to last but I knew that I had to give everything and make the most of the opportunity. I am fortunate to be surrounded by a great team and I’m so honored, but also so excited, to help grow this club and continue this journey. Everyone now knows we are a good team, there are certain standards that need to be met, and the best is yet to come.”

Sartini will also return with the same staff that he finished the 2021 MLS season with, including assistant coaches Ricardo Clark and Michael D’Agostino, goalkeeper coach Youssef Dahha, and first team support staff including Jon Poli, Luke Summers and Andrew Foster.

The Whitecaps clinched a playoff berth this fall before losing to Sporting Kansas City 3-1 in the first round.

St. Clair’s new contract will run through 2024 and includes a club option for 2025, the Loons announced. The 2019 draft pick originally spent most of 2020 on loan with USL side San Antonio FC, but was eventually re-called to the Loons near the end of the season.

A Canadian international, St. Clair went on to feature in 16 combined matches for the Loons in 2020, registering eight clean sheets and helping the Western Conference club reach the Conference Final.

St. Clair has only made four starts in 2021 due to Tyler Miller retaining the No. 1 job. The 24-year-old contributed 12 saves in 450 minutes of action, but was unable to help the Loons avoid an early playoff exit this fall in Portland.