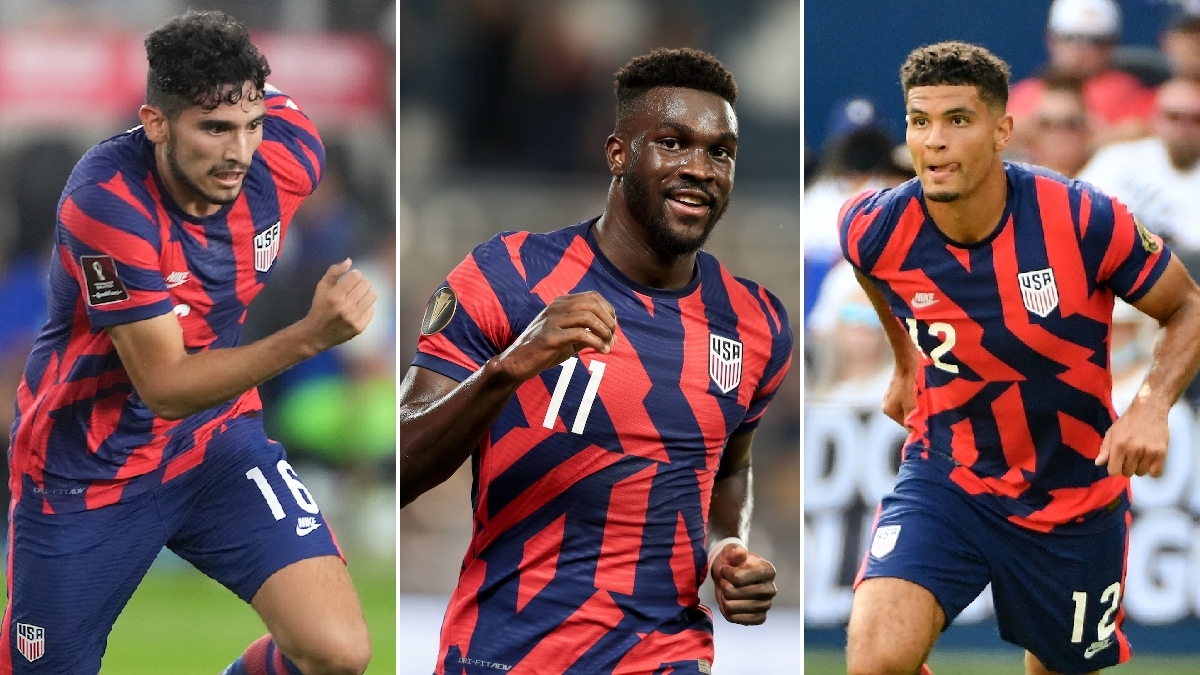 The December U.S. men’s national team camp is fast approaching and it’s time to consider the possibilities Gregg Berhalter will look into as he molds his group for the friendly vs. Bosnia and Herzegovina on December 18.

The camp will be mostly MLS-based players, but it will be interesting to see if Berhalter takes a look at someone like Sebastian Saucedo, who plays in Mexico (though UNAM Pumas is still alive in the Liga MX playoffs), or consider European-based players who are also in their domestic league winter breaks like Emmanuel Sabbi.

Berhalter could also leave those players who reach the MLS Cup final out of the camp, which leaves players such as Sean Johnson, James Sands, Leon Flach and Aaron Herrera out of the mix.

Even without those aforementioned players, the December camp should have a good number of new faces to go along with the MLS-based regulars who have been part of the USMNT setup all year.

Here is a look at what the December USMNT squad could look like:

Turner would be the likely starter against Bosnia, but Johnson’s involvement remains a question since he could wind up reaching the MLS Cup final, which would limit him to a week of camp.

Tyler Miller is coming off a solid season for Minnesota United, and at 28 he’s at a good age to offer some competition to the group.

Robinson and Zimmerman could very well be your starting tandem for the next set of World Cup qualifiers, but there are plenty of questions beyond that and this camp should be a good chance to look at some new faces.

DeJuan Jones isn’t naturally left-footed, but he was arguably the best left back in MLS in 2021 and his speed and ability to pass with his left foot should give him an edge over a younger left-footed prospect like Kevin Paredes, who should also be on the USMNT radar.

Auston Trusty makes the cut as a true left-footed centerback, and his growth as a regular starter for the Colorado Rapids should put him on Berhalter’s radar. The 23-year-old has a way to go to challenge the European-based central defender options, but as a younger MLS central defender, Trusty is one to watch.

The Lletget-Acosta-Roldan trio is a safe bet to be set in stone as key figures in this camp, but there should be some new faces in the mix, with Mihailovic earning a look after his breakout season with CF Montreal.

Polster is a very interesting prospect because of the need for more defensive midfield options and the growth Polster showed under Bruce Arena in 2021. He is also someone who could play in the right back/defensive midfielder hybrid role that Berhalter has tried in the past.

Flach is another interesting deep-lying midfield prospect, who could earn a look if Berhalter doesn’t decide to bring back a familiar face in Jackson Yueill.

Sebastian Saucedo could absolutely earn a look if Pumas isn’t still in the playoffs (and allowed him to play, which is permission he would need since the December camp and friendly aren’t in an official FIFA window.

Dike was outstanding in the final months of the MLS season, and deserves a look, and with him and Pepi in the mix, Berhalter can focus his attention on trying to find viable wing options.

Sabbi is an intriguing one, as he has the versatility to play anywhere across the front three in the attack, though Odense would have to release him for the camp, which wouldn’t be a given.

Gyasi Zardes missed the end of the MLS regular season, and even if he’s recovered from the MCL sprain he suffered on October 22, Berhalter could choose to let him rest, or come in and train without actually taking part in the friendly.

What MLS is light on is fresh winger prospects, with Jonathan Lewis someone Berhalter has brought in on multiple occasions. Brooks Lennon is another interesting wing option to consider, as is Rubio Rubin, who can play anywhere along the front three in the USMNT’s 4-3-3 system.

What do you think of this projected squad? Who are you happy to see included? Who is missing that you feel should have made the list?