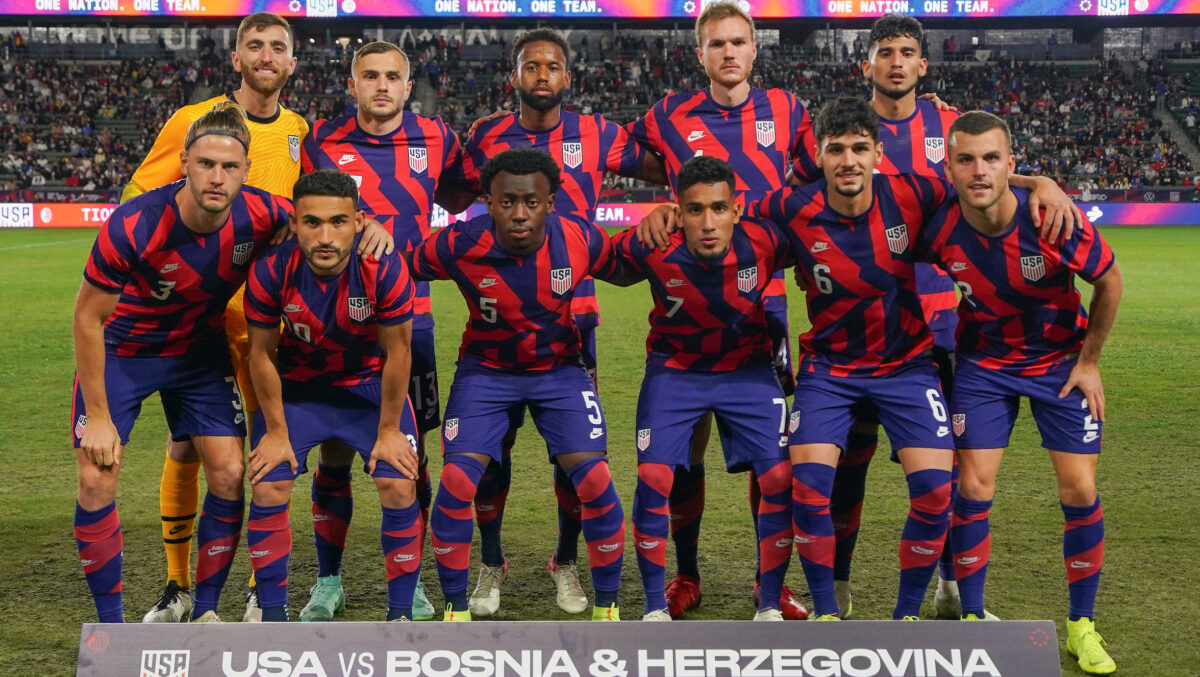 The new year is almost hear, and 2022 is shaping up to be a very important one for the U.S. men’s national team, making the opening camp of the year key to set a good tone.

The recent December camp provided an opportunity for some new faces to impress, and while some of those newcomers should take part in the January camp, the focus of the next group will be squarely on preparing the USMNT’s MLS contingent for the upcoming World Cup qualifiers toward the end of January.

That means we will see the return of of some players who skipped the December camp in order to rest, or because of MLS playoff commitments. That includes Miles Robinson, Daryl Dike, Sean Johnson and James Sands.

What will be interesting to see is what new faces Berhalter calls in, and what, if any, foreign-based players he is able to bring in for the first half of January. Emmanuel Sabbi is a particularly interesting prospect based in Denmark, and the Danish League doesn’t return to action until February. There is also Johnny Cardoso, who showed well in the December win against Bosnia and Herzegovina, and who could take part in the January camp and return to Brazil in time for the start of Internacional’s new campaign.

Either way, the group convening for the January camp will be mostly MLS-based players, with Gregg Berhalter focusing on building up fitness for the key players expected to play important roles in qualifying.

This January camp will be different from past editions because of those qualifiers, and the fact that the USMNT’s European-based contingent will be rolling in by the third week of January ahead of the January 27 qualifier vs. El Salvador. That gives those new faces and fringe options a good two weeks of camp to try and impress Berhalter and force their way into the full squad. Given the deep pool of European-based options, that task is becoming tougher and tougher for MLS-based players to pull off.

With that in mind, here is a look at what the January USMNT squad could look like when the squad convenes on January 6 in Arizona (Keep in mind this squad is different from the squad that will be formed around January 22-23 when the USMNT’s first-choice European-based players arrive for qualifying):

The easy picks here are Turner and Johnson, with Johnson coming off his MVP showing in the MLS Cup final, but the big question is who will Berhalter call in as the third goalkeeper? He brought in some youngsters in Gabriel Slonina and John Pulskamp in December, and could be tempted to give Slonina a longer look, but this could also be a good chance to bring back Hamid and see where he stands at the moment.

The five centerbacks listed here are a good bet to be the group, especially if Berhalter decides Aaron Long is doing well in his recovery.

The fullback spots will require a bit tougher a process to settle on options. At right back, Lennon showed well in the December camp and friendlies and should be back, assuming Atlanta United allows it. Aaron Herrera is coming off a career year with Real Salt Lake and should get the nod, especially with Kyle Duncan in the process of completing a transfer to Belgium in January.

At left back, you have DeJuan Jones making this list, though if Kevin Paredes is healthy he could get the nod instead after reportedly impressing in the January camp.

The first three names on our list are locks to be in the group, but after that we could see any number of variations. Mihailovic and Polster had outstanding MLS seasons, and Mihailovic is someone Berhalter has stated is on his radar. Bassett scored the winner in the December friendly vs. Bosnia & Herzegovina and should merit a longer look.

A few wild cards to consider are Paxton Pomykal and Leon Flach. Pomykal has endured a long road to recovery after injuries derailed his progress, but Berhalter could be tempted to give him a look as he searches for more midfield creativity. Flach is a very intriguing defensive midfield prospects, and Berhalter could very easily call him ahead of Yueill in order to have a closer look after seeing Yueill in the December camp.

The striker position is a bit crowded with Pepi, Dike and Zardes all capable of taking part in the camp. There are plenty of transfer rumors surrounding both Pepi and Dike, so we could see one or both leave camp early, or be left out altogether as they prepare potential January moves.

Where Berhalter has some scarce options is on the wings, where Jordan Morris and Paul Arriola are clear choices, but natural wing threats aren’t easy to find beyond that. Chris Mueller and Caden Clark are two potential options who are ruled out due to their moving to Europe.

Jonathan Lewis is an old Berhalter favorite, and he showed some good things with the Colorado Rapids in 2021, and Rubio Rubin can play any of the forward positions in Berhalter’s system and is coming off an impressive first season with Real Salt Lake.

What do you think of this projected squad? Who are you happy to see included? Who is missing that you feel should have made the list?