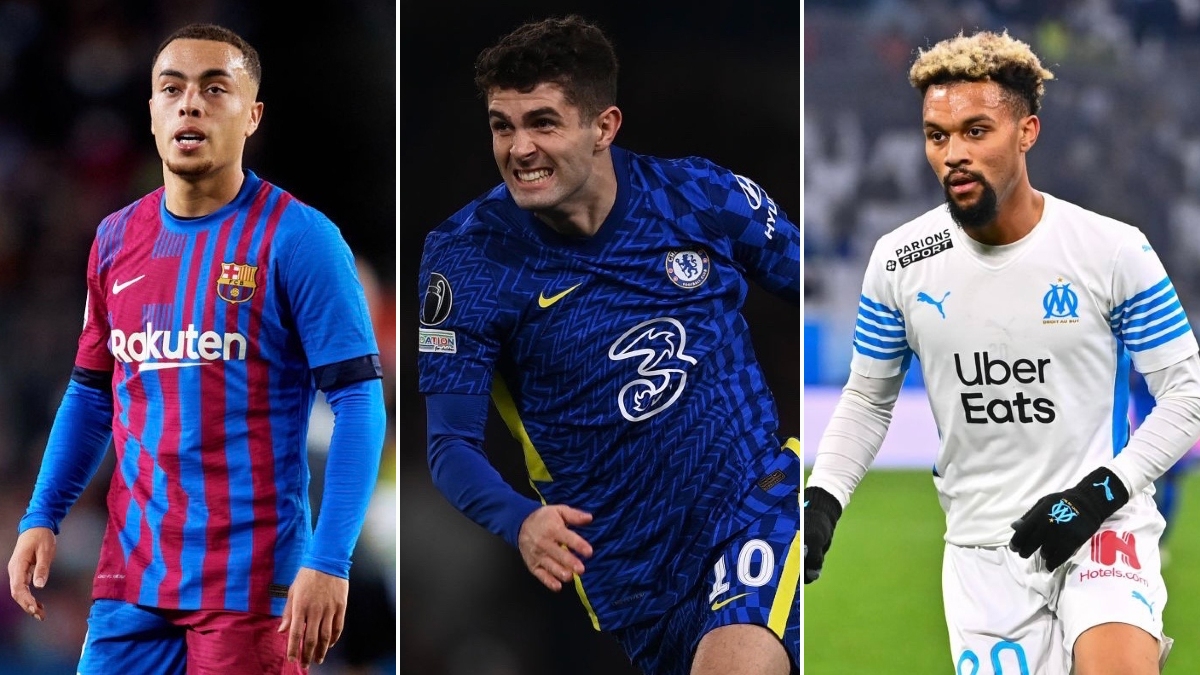 The winter transfer window in Europe is shaping up to be a busy one on both sides of the Atlantic for American players, and we could see several high-profile U.S. men’s national team players make moves in January.

The summer window is traditionally the busier of the two, but with the World Cup less than a year away, we could see some player eying an earlier move in order to have time to adjust to new surroundings .

American players being linked to transfer moves is no new thing, in many cases it is simply the rumor mill at work, and some media outlets pushing stories they know will draw the voracious readers in the American soccer fanbase. The difference these days is that there is actually increasing interest in American players, so there is more and more legitimate transfer chatter to go along with the glorified fiction.

The search for consistent playing time should help driving the quest for January moves, and the number of USMNT regulars who are struggling for consistent time is something to be concerned about, though if the right moves take place in January we could see that worrying trend alleviated.

Here is a look at the top Americans Abroad who could be poised for winter transfer moves:

Christian Pulisic may have made his third straight Premier League start for Chelsea on Boxing Day, but the American forward remains linked with a possible exit from Stamford Bridge.

Pulisic has two goals and two assists in 14 appearances for the Blues this season, with injuries forcing him to miss a large chunk of time to start the season. However, the 23-year-old is back and fit for Thomas Tuchel’s side, but that may not stop a move if the right type of offer came along. Pulisic has never backed down from the fight for minutes though, so it shouldn’t be assumed he is ready to pack up and leave Chelsea just yet.

Sergino Dest looked destined to play a regular role for Barcelona this season, but since Xavi Hernandez’s hiring as manager, the USMNT right back has taken a back seat in Spain.

Dest has been linked with Bayern Munich, Chelsea, and AC Milan this winter, after dropping to the bench over recent weeks. Barcelona is currently on its winter break in La Liga, giving Dest a chance to recover from the groin injury that sidelined him before the break. Given Barcelona’s financial woes, selling several players is a move the Catalans are expected to make, and Dest could fetch more than the $25 million Barcelona paid for him a year ago.

Weston McKennie continues to be linked with a move away from Juventus this winter despite playing regularly under manager Massimiliano Allegri. Aston Villa and Tottenham have been linked with the USMNT midfielder, with Tottenham recently continuing its earlier pursuit of the 22-year-old.

Tottenham sporting director Fabio Paratici was at Juventus when McKennie was originally acquired by the Serie A club on loan and now seems interested in bringing the versatile midfielder to London, but realistically a McKennie move this winter seems unlikely considering how important a player he has become for Allegri.

No American player has seen their fortunes change more dramatically in 2021 than Brooks, who went from USMNT standout and key starter in Wolfsburg’s push to a top-four finish in the Bundesliga to being stuck on the Wolfsburg bench and out of the USMNT picture.

Brooks only made two league appearances in the month of December, while also being an unused substitute in Wolfsburg’s group stage finale in the UEFA Champions League. The veteran defender’s contract with Wolfsburg is set to expire in June 2022 and reportedly there has been no agreement over a new deal heading into the new year. Could Wolfsburg look to unload him in January to secure a fee? It would likely be up to Brooks, who is likely to prefer waiting to the summer to hit the open market as a free agent.

Bryan Reynolds hasn’t found many minutes under Jose Mourinho at AS Roma and is reportedly on the wish list of two European clubs this winter.

Hull City and Club Brugge have both reportedly expressed interest in acquiring Reynolds on loan this winter, giving the young American defender a chance to get on the pitch regularly since his move from FC Dallas. Reynolds remains a long-term option for AS Roma if he can continue his individual development, but for now just needs to play in order to prove his worth at both the club and international level.

Cameron Carter-Vickers has made an impressive start to his loan spell with Scottish Premiership side Celtic and is reportedly linked with a permanent transfer to the club this winter.

]Carter-Vickers has been a regular starter under manager Ange Postecoglou, recently helping Celtic win the Scottish League Cup Final over Hibernian. Tottenham isn’t likely to give him up cheaply, especially after extending his contract last summer in hopes of securing a good fee, but his play in Scotland should have Celtic ready to consider a deal.

After a failed attempt to leave Boavista in the summer, Cannon will be eying an exit once again, and his club may not object given its financial woes.

Cannon has earned more playing time over recent weeks, helping Boavista to back-to-back wins in league and cup competitions. There was interest from multiple clubs in England over the summer, and it won’t be a surprise if that is where he winds up heading in January.

Marseille forward Konrad De La Fuente made the move to France with hopes of kickstarting his senior career in Europe, but now could be on the move to play more frequently elsewhere.

The Ligue 1 club is reportedly open to loaning out De La Fuente this winter, five months after acquiring the USMNT winger permanently from Barcelona. De La Fuente, 20, has registered two assists in 19 combined appearances for Marseille this season, but is still searching for his first competitive goal for the club.

Owen Otasowie’s summer move to Club Brugge looked like a perfect deal for both parties, but it has been anything but for the young midfielder.

Otasowie has yet to make his senior debut for the Belgian side in league play, mainly being with the Under-23’s since his arrival at the club. The 20-year-old also was given a one-week break by Club Brugge to return to his family in England, continuing what has been a tough transition for the former Wolves player.

It has been a frustrating time for Hoppe during the first half of the La Liga season, but the Mallorca forward could be on the move in January to help him earn more playing time.

Hoppe’s been on the sidelines due to a muscular injury, but prior to that, only made two appearances for Mallorca since his permanent transfer from German club Schalke. Spanish second-division side Malaga has been linked to a potential loan for Hoppe.

Which of these players are you most eager to see make a move? Are there any players on this list you hope stay put? Is there anyone not listed that you think could use a winter transfer move?