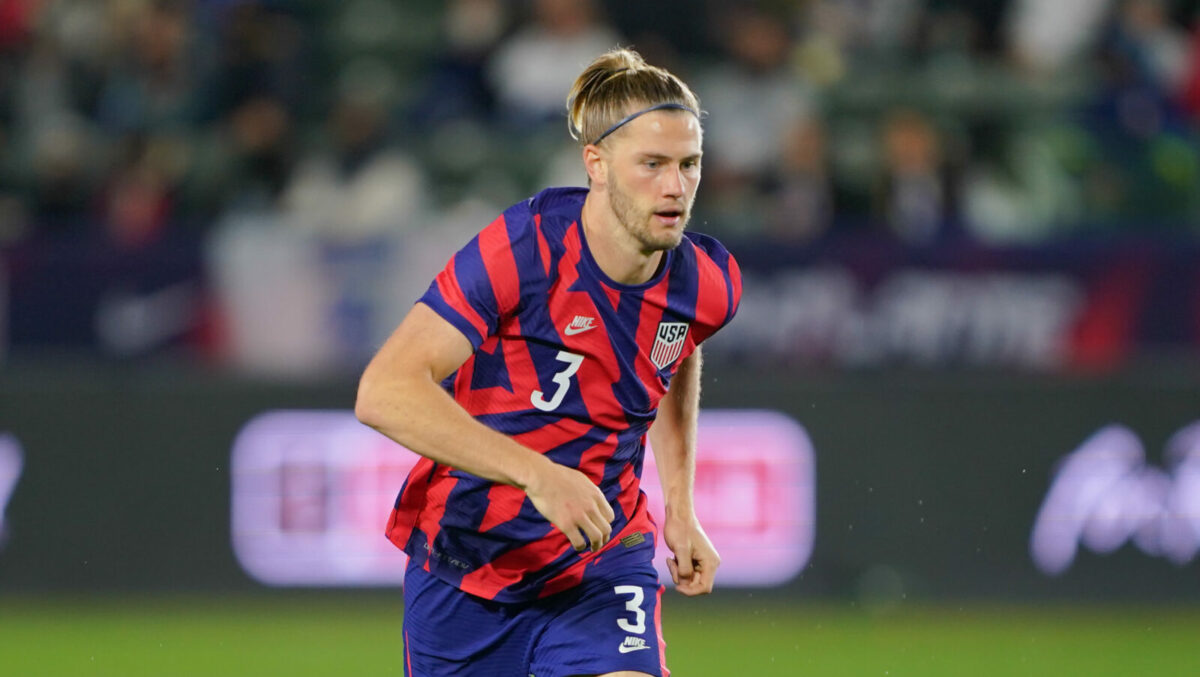 Nashville SC defender Walker Zimmerman has been one of the U.S. men’s national team’s most improved and best performing players of 2021. That was on full display once again in the USMNT’s final match of 2021.

A first-half red card left Bosnia and Herzegovina a man down, and set up in a defensive shape for much of the match, but the visitors still created chances and present challenges, and Zimmerman did his best to help stifle those, turning in a dominant display in central defense to earn SBI Man of the Match honors.

Zimmerman led the USMNT in duels won with 11 of 15. He recorded four interceptions and six clearances, took one shot and won eight of nine aerial duels. His defensive stability allowed the USMNT to keep pushing in the second half for 20-year-old Cole Bassett’s game-winning goal in the 89th minute.

The Man of the Match performance was a fitting conclusion to 2021 for Zimmerman, who won his second straight MLS Defender of the Year award while also breaking through and grabbing a prominent role in the heart of the USMNT defense.

Originally slated to be a starter in the Concacaf Gold Cup before an injury cut short his tournament, Zimmerman worked his way back into the USMNT picture in the fall and proved to be a dependable option for Berhalter, who started him in four of five World Cup qualifiers in October and November.

Zimmerman beat out Cole Bassett, Jordan Morris and Johnny Cardoso for SBI USMNT Man of the Match honors on Saturday.

What did you think of Zimmerman’s performance? What USMNT player impressed you the most on Saturday?