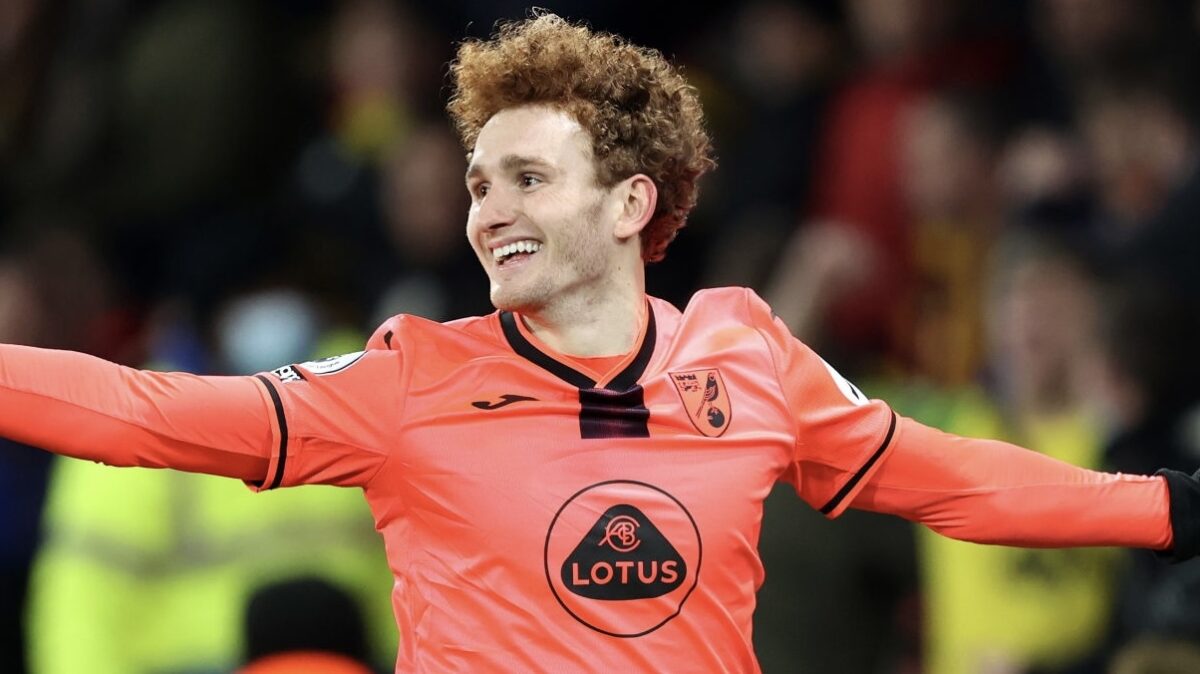 Josh Sargent finally scored his first English Premier League goal, and he broke his drought in the most breathtaking way possible.

Sargent scored a pair of goals on Friday, first with an incredible scorpion-kick finish, then popped in a header to double Norwich’s lead. Norwich sealed a 3-0 win over Watford with an own goal from Juraj Kucka in the third minute of second-half stoppage time.

And, to boot, Sargent scored the brace on the same day that USMNT coach Gregg Berhalter left Sargent off the roster for upcoming World Cup Qualifying matches.

The opening goal is one of the most impressive finishes in the Premier League this season. Sargent kept on his toes as Teemu Pukki earned possession on the end line, then sent it across. The pass was well behind Sargent, but a heads-up touch sent the ball off the crossbar and in the net for Sargent’s first league goal in 19 appearances this season.

Sargent struck again in the 74th minute. He rose over a defender to meet a cross from Milot Rashica and headed the ball into the lower left corner.

Norwich supporters chanted “USA!” as Sargent left the pitch. He finished the match with 12 of 18 duels won, a team-leading three of five tackles won, one interception and four of five aerial duels won.

It was the Canaries’ second win in a row after Norwich defeated Everton 2-1 in its previous match. The Canaries sit 16th in the Premier League with 16 points, safe from relegation for the moment, two points ahead of Watford. Watford and 18th-place Newcastle, however, hold two games in hand.

Sargent’s two-goal masterpiece came just minutes after of the announcement of the USMNT roster for upcoming World Cup qualifiers, which didn’t include Sargent, who has not been called into a camp since September due to his goal-scoring struggles.

Sargent will be hoping to build some momentum into the second half of the season as he tries to make a case for a spot on the USMNT roster for the 2022 World Cup. If his club form picks up, he is an intriguing prospect because of the limited USMNT options at striker. Sargent played a total of 116 minutes in World Cup Qualifying, having been called into the squad for the first three qualifiers.

Sargent’s move from Werder Bremen to Norwich City landed him with a chance at playing in the Premier League, but Sargent has struggled so far as Norwich tries to escape relegation. Sargent did score two goals for Norwich in a Carabao Cup win over Bournemouth this season, but his last league goal came for Werder Bremen in the 2. Bundesliga on July 31, 2021.