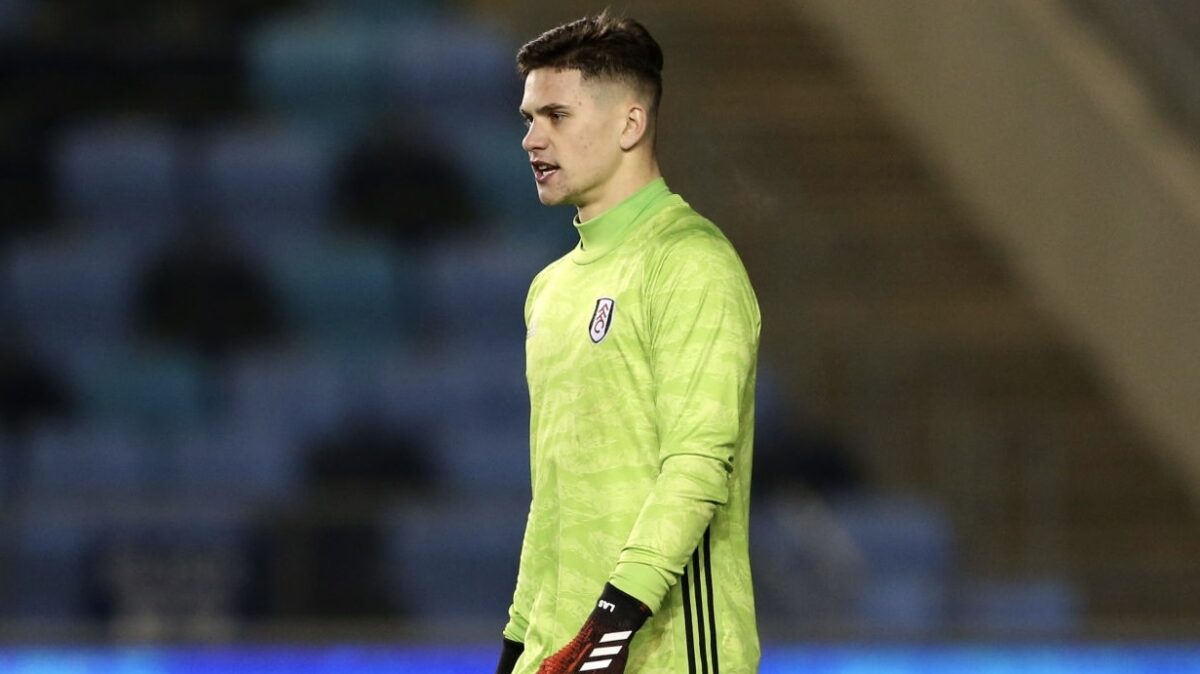 While many young American talents are heading overseas for the next chapter of their careers, one is returning to MLS with hopes of sparking his.

Goalkeeper Damian Las has made the move to Austin FC, signing with the Western Conference club on Tuesday. Austin FC acquired Las’ Homegrown rights in a trade with the Chicago Fire, which saw both teams swap their second round draft picks in the 2022 MLS Draft.

“I couldn’t be more excited to join Austin FC,” said Las. “Everything I’ve heard about the Club, its vision, and the unbelievable support it has throughout the city is incredible. I can’t wait to get started in the Verde and Black.”

Las made the move back to the United States from English Football League Championship side Fulham. The Illinois native joined Fulham in September 2019 and appeared for both Fulham’s Under-18 and Under-23 sides.

As a U.S. youth national team player, Las featured for both the Under-15 and Under-17 national teams. Las recorded three shoutouts in five matches at the 2019 Concacaf U-17 Championship on the way to helping the Americans qualify for the 2019 FIFA U-17 World Cup.

Here is a closer look at Tuesday’s MLS news:

Felipe Hernandez is one step closer to returning to action for Sporting Kansas City after being reinstated by MLS on Tuesday.

Hernandez was suspended by the league back in October 2021 due to his violation of the league’s gambling integrity rules and standards of conduct. The midfielder did not play the remainder of the 2021 MLS season as Sporting KC was eliminated in the first round of the MLS Cup Playoffs.

“The reinstatement is subject to certain ongoing conditions, including Hernandez’s continued abstinence from gambling,” a league statement read. “MLS and Sporting Kansas City will continue to ensure that he receives support and counseling as necessary.”

The 23-year-old Colombian will be entering his fourth MLS season with SKC after making his club debut in 2019. Hernandez has totaled one goal and three assists in 26 combined league appearances to date.

Ulises Segura will not be a part of Austin FC’s plans going forward after the midfielder’s contract was bought out by the club on Tuesday.

Segura will no longer occupy a senior roster spot or count against Austin FC’s 2022 salary budget. The 28-year-old was acquired by Austin FC ahead of its expansion campaign in a trade with D.C. United, but missed the entire season after undergoing knee surgery.

Segura, a Costa Rican international, has 69 MLS appearances under his belt from his time with D.C. United. He scored five goals and added three assists during his time in the Eastern Conference.

Sorenson has signed a two-and-a-half-year contract with the first team, which includes options for 2024 and 2025. The 19-year-old U.S. youth national team player joined the club’s academy in 2019 and becomes the 18th Homegrown player in Union history.

“Anton is a promising young player and a natural left-footed defender that will be a valuable addition to our backline,” said Union sporting director Ernst Tanner. “He is an attacking-minded outside back who looks to play forward quickly in transition. His mentality, aggression, and physical skills provide a platform for Anton to become a valuable player as he develops further.”

Sorenson made 12 appearances in 2020 for USL affiliate Union II, scoring his first professional goal in September of that year. He has been training with the first team this winter during the early stages of preseason camp.

MacNaughton signed a two-year contract with TFC, which includes options for 2024 and 2025. The 26-year-old spent the past three seasons with Pacific FC, earning 59 combined appearances, and registering five goals and one assist.

“Lukas played a key role in Pacific FC’s CPL championship in 2021 and we are very excited that he will now join Toronto FC,” TFC head coach and sporting director Bob Bradley said.