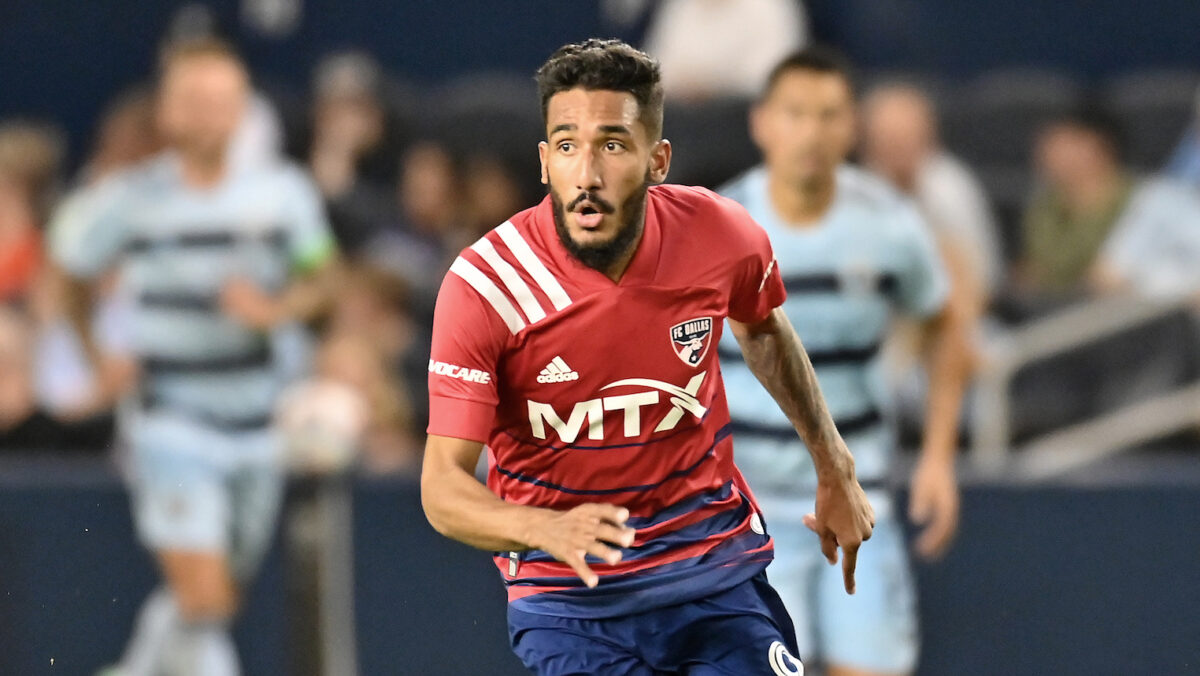 Jesus Ferreira’s career-best year with FC Dallas earned him a new multi-year contract, with the American forward occupying a Young Designated Player spot on the roster.

FC Dallas announced the signing Tuesday, locking Ferreira up to a new four-year contract with a club option for the 2026 season. Ferreira, a former Homegrown player signing, scored eight goals and registered nine assists in 26 league appearances in 2021.

In total, Ferreira has made 81 MLS appearances since debuting in 2017 and tallied 18 goals and 16 assists. He debuted for the club in 2017 as a 16-year-old, which continues to make him the youngest player in club history to debut for the first team.

Ferreira should have a larger role with FC Dallas in 2022 following Ricardo Pepi’s transfer to FC Augsburg.

Here’s a closer look at all of Tuesday’s MLS news:

The Houston Dynamo bolstered their attacking front with the most expensive signing in club history on Tuesday.

Sebastian Ferreira joined the club as a Designated Player in a transfer from Paraguayan side Club Libertad Asunción. Ferreira’s MLS contract will run through the 2025 season, and includes an option for 2026.

The Paraguayan forward joins the Dynamo after two years with Libertad, where he won two league scoring titles and led the club to the 2021 Apertura championship last May. He scored 34 goals and registered 12 assists in 79 appearances for the club during his time there.

“Sebastian is a high-potential attacker with an impressive scoring record in South America and LigaMX,” said Dynamo general manager Pat Onstad said. “He also possesses the tenacity and selflessness that we are looking for in Houston Dynamo FC players. Our top priority this offseason was to sign a forward who can be a difference maker and it’s a huge credit to Ted Segal and the rest of the ownership group to provide us the resources to make the largest player acquisition in club history.”

Ferreira, a former Paraguay youth national team player, has yet to debut for the senior national team, despite being called up on a pair of occasions.

The Dynamo will look for a bounce-back campaign in 2022 after failing to make the playoffs for the fourth-straight year.

The Philadelphia Union locked up a key piece of their backline Tuesday, signing centerback Jack Elliott through the 2024 MLS season.

Elliott’s new contract also includes a club option for 2025. Elliott, a former fourth round pick by the Union in 2017, has become a rock in Jim Curtin’s back line over the past two seasons.

“Over his five seasons with the Union, Jack has developed and proven himself to be one of the best defenders in Major League Soccer,” said Union Sporting Director Ernst Tanner. “His combination of size and skill has been a key component to the team’s continued growth and success, consistently leading the Union to be one of the top teams with the fewest goals allowed in the league. Recently, Jack showed his positional versatility and helped us overcome unprecedented challenges to make the deepest playoff run in our club’s history.”

Elliott made 33 league appearances for the Union in 2021, scoring two goals and adding two assists. Elliott’s efforts in the backline helped the Union allow the second-fewest goals scored in the Eastern Conference in the 2021 season.

Overall, Elliott has made 131 career appearances for the Union, registering eight goals and three assists.

The Union now have Jakob Glesnes and Elliott locked up for the next few seasons.

Eric Dick is back in the Western Conference after signing a one-year contract with Minnesota United on Tuesday.

Dick was selected by the Loons in Stage Two of the MLS Re-Entry Draft earlier this winter and now has earned himself a spot on Adrian Heath’s roster. The Kansas native is a former first round pick back in 2018, but only has one start to his name in MLS play.

Dick has made 29 appearances in the USL, with 21 of those appearances coming with the Swope Park Rangers. He’s also played for the Tulsa Roughnecks, Indy Eleven, and Phoenix Rising.

Kamohelo Mokotjo is on his way out of MLS after FC Cincinnati exercised their one offseason Buyout of a Guaranteed Contract on Tuesday.

Mokotjo will no longer occupy a spot on the team’s roster or count against the 2022 salary budget. The midfielder was acquired by the Eastern Conference club in August 2020 and went on to make 22 appearances.

FC Cincinnati will look to earn a first-ever MLS Cup Playoffs berth in 2022.