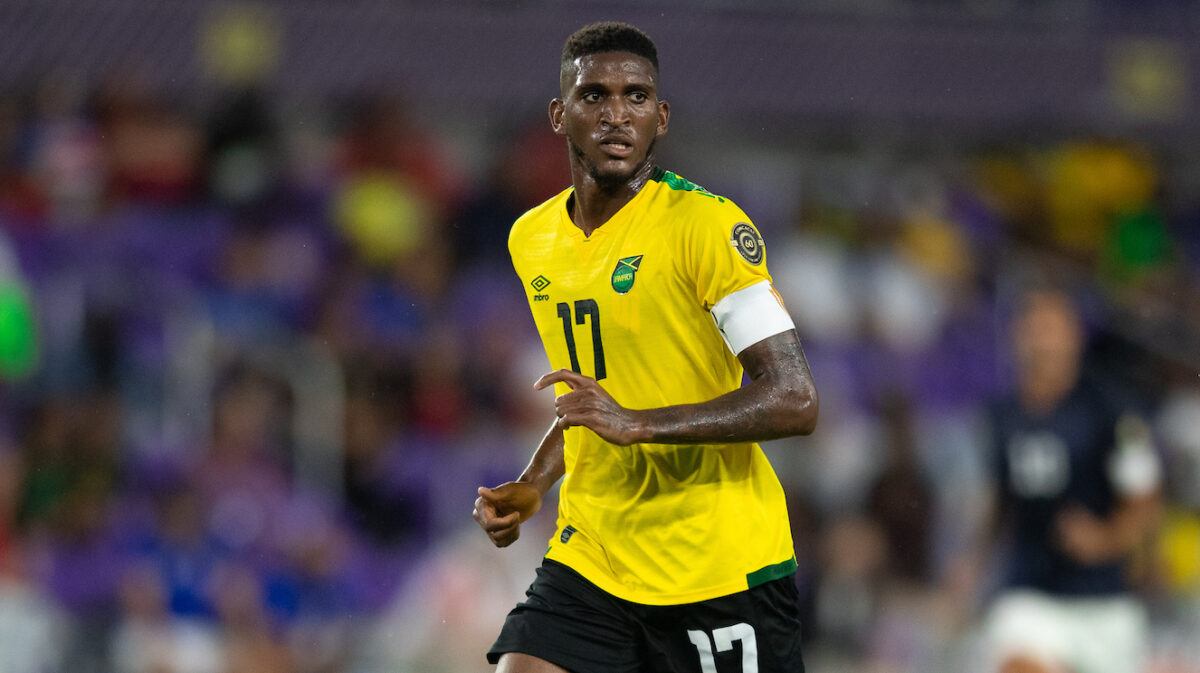 The Eastern Conference club announced Sunday it has signed Lowe to a two-year contract running through the 2023 MLS season, with a club option for 2024. The center back will bolster the club’s backline, which has lost Leandro Gonzalez Pirez and Ryan Shawcross in the last week.

“Damion is a capable center back who has proven himself at the international level for Jamaica and we’re happy to welcome him at Inter Miami,” said Chief Soccer Officer and Sporting Director Chris Henderson.” I’ve known Damion for a long time and I’m sure he’ll welcome this challenge to break into MLS while helping us achieve our objectives. We’re looking forward to continuing to solidify our backline with this signing.”

Lowe, 28, has been a regular for the Jamaican national team since making his senior international debut in 2016. Overall, he has earned 41 caps for the Reggae Boyz, competing in World Cup Qualifiers, the Concacaf Gold Cup, the Concacaf Nations League, the Caribbean Cup, and more.

At club level, Lowe’s most prominents stints came in Norway with IK Start and Egypt with Al Ittihad. The defender totaled 80 appearances between those two clubs while also appearing in the USL for Phoenix Rising, Tampa Bay Rowdies, and Minnesota United.

Inter Miami failed to make the playoffs in 2021, but hopes for better success in Phil Neville’s second season in charge.

Here’s a closer look at all of this weekend’s MLS news:

Alexandre Pato will be returning to MLS in 2022 after signing a one-year contract with Orlando City on Saturday.

The Lions announced the re-signing Saturday, keeping Pato in the squad for a second campaign. The Brazilian forward will be a needed figure on the field after losses of Nani, Chris Mueller, and Daryl Dike in the club’s attack this offseason.

“Pato’s ability is proven and we know the untapped potential in what he can bring to our team,” said General Manager and EVP of Soccer Operations Luiz Muzzi. “He’s been working hard to return to top form and we’re looking forward to him having an impactful year for the Club. We’re excited for him to return and play an important role both on the field and in the locker room this season.

The 32-year-old suffered an injury in Orlando City’s season opener in 2021, which forced Pato to the sidelines for most of the campaign. Pato only made five appearances for the Lions, including an appearance in a 3-1 MLS Cup Playoffs loss to Nashville SC.

Rodrigo Pineiro hasn’t been able to force his way into the mix at Nashville SC and now is set to head out on loan to earn minutes elsewhere.

Chile first division side Union Espanola announced Saturday that Pineiro will join the club on a season-long loan from the MLS club. Pineiro, 22, joined Nashville from Danubio FC in Uruguay’s first division in February 2021 and was signed through the 2023 season as part of the league’s U22 Initiative.

The Uruguayan youth international was limited to just 10 minutes in a pair of substitute appearances though under Gary Smith during the 2021 campaign. He did not appear in the final 27 matches of the season and will now open a spot on the roster due to his loan.

Pineiro will join Alistar Johnston and Jhonder Cadiz as one of the latest Nashville first team players to depart the club.

The 26-year-old signed a two-year free agent deal with Charlotte FC, making the move from Minnesota United where he spent 2021 at. Zendejas registered three clean sheets last season while on loan from the Loons with USL Championship side El Paso Locomotive.

He’s also been on the roster of both Nashville SC and Sporting Kansas City during his MLS career.

“We’re excited to welcome Adrian to Charlotte FC to complete our goalkeeping group for 2022. He’s gained good experience playing in the USL Championship and has proven he can step in when called upon in MLS play,” Charlotte sporting director Zoran Krneta said. “We wanted to provide goalkeeper coach Andy Quy with a strong, well-rounded group of four goalkeepers and this signing, along with the drafting of George Marks will help provide that healthy competition as we start preseason this week.”