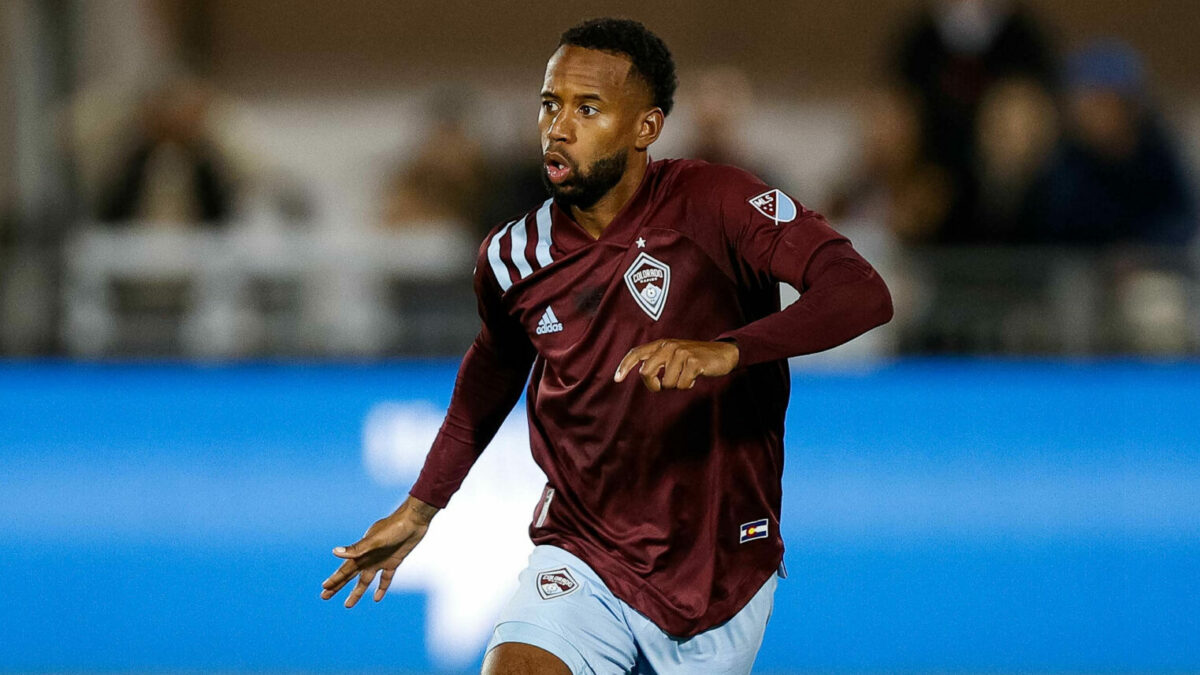 Los Angeles FC made its first major player move since the hiring of Steve Cherundolo as head coach, and it features the arrival of a U.S. men’s national team regular to bolster the LAFC midfield.

Kellyn Acosta is heading to LAFC after acquired in a trade with the Colorado Rapids on Friday. In exchange, the Rapids will receive a total of $1.1 million in General Allocation Money ($550,000 in 2022 and $550,000 in 2023) and could receive an additional $400,000 in GAM if Acosta reaches certain performance-based objectives.

“Kellyn is a player that has all the attributes necessary to play how we want in the midfield,” LAFC co-president and general manager John Thorrington said. “He provides versatility and ability to help our team immediately. He is in his prime, a fixture in our National Team, and offers the MLS experience we sought in the off-season.”

The 26-year-old Acosta helped the Rapids clinch the top seed in the Western Conference in 2021, starting 21 matches, scoring one goal and registering two assists in over 1,700 minutes played. Since debuting in MLS in 2013, Acosta has totaled 196 regular season appearances.

Acosta claimed the Rapids “pushed me out” of the club while offers from foreign clubs were on the table in a tweet Friday afternoon in reply to an excerpt from an SB Nation article. The article stated that interest from Europe didn’t build while the Rapids tried negotiating an extension with Acosta.

Acosta followed that comment up in another tweet with a parting message for Rapids fans: “Regardless of the matter, I enjoyed my time in Colorado and was with a great group of players and staff. We achieved things most wouldn’t believe. Wishing them the best moving forward. I’m excited for my next adventure!”

Here is rundown of all the news from around MLS on Friday:

Diego Chara has been the heartbeat of the Portland Timbers midfield for several seasons and the veteran was rewarded with a multi-year contract extension on Friday.

Chara’s new contract will run through 2024, keeping him with the Timbers through what would be his 14th overall season with the club. Chara is the club’s all-time leader in games played (310), games started (306) and minutes played (27,203) in MLS regular season action.

He’s also recorded 12 goals and 27 assists during his career, helping the Timbers win the 2015 MLS Cup. Chara has also been named an MLS All-Star in 2019 and was named to the league’s Best XI in 2020.

“The role that Diego Chara has in this team is immeasurable. He is our captain and leader, and we couldn’t be more excited to have him with us for the next three years,” said head coach Giovanni Savarese. “We’re incredibly thankful for his commitment and ongoing hard work to this team.”

The Timbers will look for similar success in 2022 after reaching MLS Cup in 2021.

The Columbus Crew added more veteran leadership to their defensive corps on Friday with hopes of returning to the MLS Cup Playoffs in 2022.

Jalil Anibaba signed a one-year contract with the Crew on Friday, which includes an option for 2023. Anibaba, 33, can feature in Caleb Porter’s side as a center back or full back and makes the switch from Nashville SC to the Crew.

Anibaba has made 240 regular season appearances in MLS since joining the league in 2011. He’s contributed seven goals and 14 assists with stops at the New England Revolution, Chicago Fire, Sporting Kansas City, Houston Dynamo and Nashville SC.

“Jalil is a veteran player with more than a decade of experience in MLS, and his addition to our roster will help bolster the backline,” Crew president and general manager Tim Bezbatchenko said. “Jalil is a leader on and off the field, and we’re pleased that a player with the breadth of his experience in MLS chose to sign with the Crew, and we look forward to having him join our team.”

Anibaba will join a Crew defensive unit led by center back Jonathan Mensah.

Ndenbe joins the Western Conference club from French second tier side Guingamp on a permanent transfer. Ndenbe signed a two-year contract with SKC, which also includes a club option for 2025.

Ndenbe, 21, is a Belgian youth international, representing his country in several youth national teams and recently featuring at the Under-21 European Championship. Prior to his move to Guingamp in 2020, Ndenbe played for Oostende in the Belgian Pro League.

McVey joins from Swedish top-flight club Elfsborg on a two-year deal, which includes an option for 2025. The 24-year-old has also featured as a full back in Sweden, previously playing for Sweden’s u-17 and u-18 national teams.

McVey made 42 appearances for Elfsborg from 2017-21, including five UEFA Conference League qualifying matches this season. Aside from his Allsvenskan experience, he’s also featured on loan at Swedish second division club Dalkurd in 2019.

Inter Miami will look to rebound from a disappointing season in 2021.

The signing of Kei comes after some impressive performances in the academy. He led RSL’s U15 team to win the first-ever MLS Next Cup championship by scoring five goals in five games. Kei also had six goals in six games with RSL’s U17 team.

Kei was born in Ivory Coast and lived in Brazil before his family relocated to San Diego. He was called up to a youth national team training camp in February 2019.

Kei became the youngest player in American team sports history when he entered a match for Real Monarchs on October 8, 2021. Kei was 13 years, eight months and nine days old at the time.