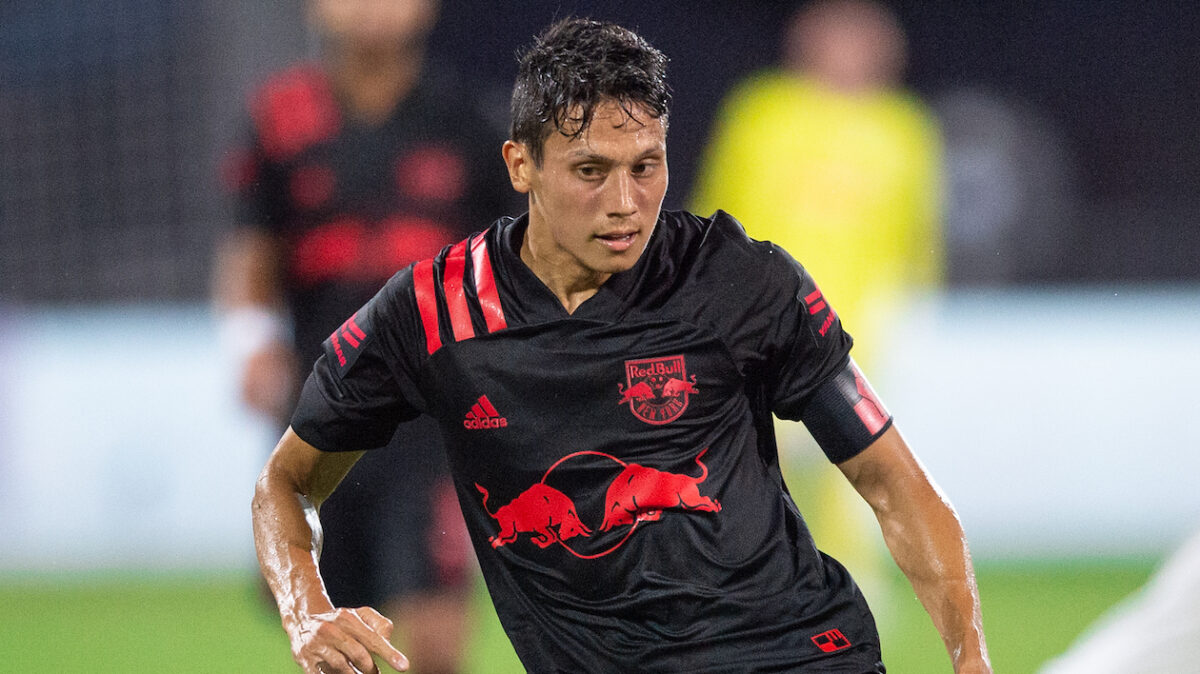 Major League Soccer’s free agency period is in full swing, and one of the more surprising free agent moves of the winter materialized on Tuesday, with one team’s captain leaving for a new challenge.

Long-time New York Red Bull midfielder Sean Davis completed a free agent move to Nashville SC, the club announced on Tuesday. The 28-year-old inked a three-year contract with an option for a fourth in 2025 and is set to give Nashville an upgrade ahead of its third MLS campaign.

“Sean is a tremendous leader who contributes so much on and off the field,” Nashville GM Mike Jacobs said in a statement provided by Nashville. “He has the ability to impact games on both sides of the ball, and we are so excited to add him to our group.”

In all, the 28-year-old amassed 207 appearances and scored seven goals across all competitions as a Red Bull. Davis will join Dax McCarty and Anibal Godoy in the midfield corps of Gary Smith’s squad.

Here are some other news items that emerged around MLS on Tuesday:

Rodolfo Pizarro is headed back for a second stint with Liga MX side Monterrey.

Inter Miami announced Tuesday that Pizarro has been loaned to Monterrey for the entire 2022 calendar year. His loan agreement also includes an option for the Mexican side to purchase Pizarro outright.

“This loan gives the Club more options to continue managing our roster. We are working tirelessly to acquire the right players that will help us attain our objectives moving forward. We’re glad to have found an opportunity for Rodolfo to continue developing in Mexico and wish him well during his loan,” said Inter Miami CF Chief Soccer Officer and Sporting Director Chris Henderson.

The 27-year-old Pizarro was signed by Inter Miami as a Designated Player in February 2020, being reunited with his former coach Diego Alonso. However, the Mexican international failed to live up to major expectations under Alonso or Phil Neville, recording seven goals and 12 assists in 46 regular-season appearances.

Inter Miami failed to make the playoffs in 2021 and now enters an important year under Neville and sporting director Henderson.

FC Cincinnati’s striker group was likely rounded out on Tuesday with the signing of Dominique Badji, who comes in fresh off a five-goal season with the Colorado Rapids.

The 29-year-old’s new contract runs through 2022 with club options in 2023 and 2024. Badji will feature alongside Brazilian designated player Brenner and Brandon Vazquez in the upcoming campaign, where the Orange and Blue looks for its first winning season.

“We’re excited to add a player of Dominique’s quality and character to the group,” said FCC GM Chris Albright said in a club-issued statement. “He is a proven goalscorer in MLS, and his elite pace and work rate fit well into what we’re trying to build here.”

Badji will hope to lead FC Cincy to an improved campaign in 2022 after the club finished last in the Eastern Conference last season.

D.C. United announced that it has completed a transfer for Brendan Hines-Ike from Belgian side K.V. Kortrijk.

The 27-year-old defender debuted with D.C. on loan last year and scored in his debut before closing out the year with 13 appearances, and will remain in Black and Red through 2023 with options in 2024 and 2025.

Hines-Ike will hope to help Hernan Losada’s squad improve defensively after D.C. United conceded the third-most goals in the Eastern Conference in 2021.

Inter Miami made a roster addition on Tuesday, acquiring 20-year-old midfielder Bryce Duke in a trade with LAFC.

In exchange, LAFC received $100,000 in General Allocation Money plus conditional increases if performance bonuses are met. Duke also signed a Homegrown player contract with Inter Miami in a separate transaction.

Duke made 25 appearances for LAFC in the past two seasons, as well as 12 in his loan stint in the USL with the Las Vegas Lights in 2021.

Minnesota United will have a newcomer in 2022.

The club announced it has signed Bongokuhle Hlongwane, a 21-year-old forward from Maritzburg of South Africa’s top-flight league.

Hlongwane can play across all three positions on the front line and has registered eight goals and six assists across 56 appearances so far in his professional career. The youngster will appear as U-22 initiative signing on the Loons’ roster.

Minnesota United was eliminated from the first round of the MLS Cup Playoffs last fall, losing to the Portland Timbers 3-1.

FC Dallas right back Ema Twumasi, who the club drafted in 2018, is staying with team. Twumasi signed a new contract through 2024 with options for the 2025 and 2026 seasons, the club announced Tuesday.

Twumasi made 19 starts and 23 appearances for FC Dallas in the 2021 season, making it a breakout season for the Ghanaian. He had only made seven appearances in 2018 and 2019 since being drafted out of Wake Forest. Twumasi also spent parts of those seasons on loan to Austin Bold and Oklahoma City Energy.