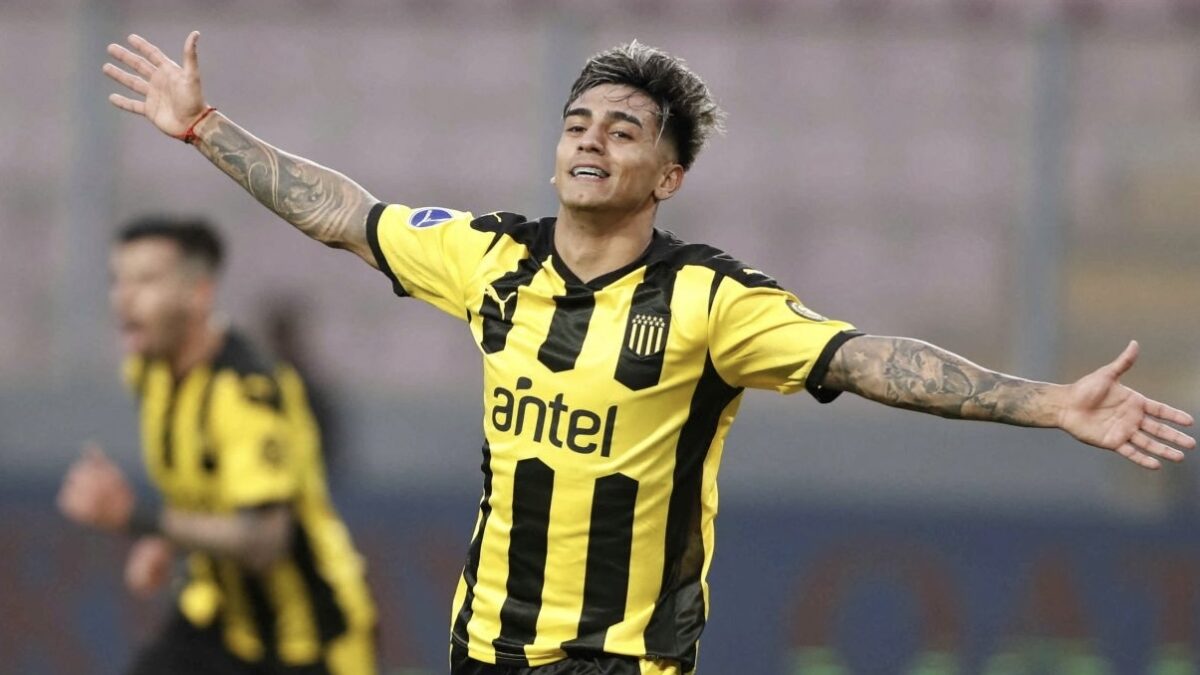 Orlando City made a major splash in hopes of bolstering its attack for the 2022 MLS season.

Penarol and Uruguayan forward Facundo Torres has signed with the Lions, the club announced. He joins the Eastern Conference club as a Young Designated Player and signed a four-year contract with the club.

“We’re thrilled to have Facundo join us at Orlando City. He is an exciting player with a bright future,” said Orlando City SC Chairman Mark Wilf. “We will continue to work with our technical team to bolster the roster and build a championship-caliber team for our Club and community.”

The 21-year-old Torres, who can play as a striker or winger, has recorded 16 goals and 15 assists in 71 appearances across all competitions for Penarol.  Internationally, Torres has been capped 10 times for Uruguay across Copa America 2021 and Conmebol World Cup qualifiers.

He previously completed for Uruguay at various youth levels.

Orlando City was eliminated in the first round of the MLS Cup Playoffs in 2021 and has since lost forwards Nani, Daryl Dike, and Chris Mueller this offseason.

Here is a closer look at Monday’s MLS news:

Gabrielsen, 29, joins the Western Conference club on a two-year contract with an option for the 2024 season. Gabrielsen has played in Norway, Denmark, and France in his club career, scoring 14 goals and adding 10 assists.

“It’s a privilege to have the opportunity to join Austin FC and play at Q2 Stadium,” said Gabrielsen. “It’s an ambitious club, in a great city, with the best support in Major League Soccer. I can’t wait to contribute.”

Gabrielsen is a two-time Norwegian league champion and has spent most of his career with Molde FK. The veteran centerback has totaled 299 combined appearances at club level, with 171 coming at Molde.

Inter Miami continued to shake up its defensive options, agreeing to a permanent transfer of Nicolas Figal to Boca Juniors.

The 27-year-old returns to his native country and joins Leandro Gonzalez Perez as the second former Inter Miami defender to join the Argentine Primera Division this offseason. Cristian Makoun was also transferred out this offseason while Ryan Shawcross announced his retirement.

Figal appeared in 45 matches for Inter Miami after joining the Herons for their inaugural season from Independiente.

The departure of Figal opens up an international roster spot for Inter Miami as Sporting Director Chris Henderson continues to build out their roster ahead of the 2022 season.

Degenek signed a two-year contract with the Crew after most recently playing for Red Star Belgrade of the Serbian First Division. His contract also includes two option years for 2024 and 2025, and Degenek will occupy an international roster spot.

“Milos is a center back who brings championship experience and leadership to our squad,” said Columbus Crew president and general manager Tim Bezbatchenko. “In addition to winning domestic and continental titles at the club level, Milos has earned valuable experience with the Australian National Team, including the 2018 World Cup. We believe his attributes will serve him well in our league and look forward to seeing him make an impact in our team.”

Degenek played for Red Star Belgrade during the 2018 season, and again from 2019-2021. He totaled 132 appearances for the club in league play during that time, helping the club win three-consecutive league titles and a domestic double in 2021.

He’s also played in Germany, Saudi Arabia, and Japan during his club career and has earned 33 caps for the Australian national team to date. The Crew adds Degenek to a centerback corps which features Jonathan Mensah, Jalil Anibaba, and Josh Williams.

Tzionis, 20, signed a two-year deal with SKC, which includes an option for 2024. The Cypriot winger has earned 13 caps for the Cyprus national team and is still waiting to score his first goal for his country.

Tzionis came up through the Omonia Nicosia ranks and debuted for the first team in 2017. In his four-and-a-half seasons with Omonia, Tzionis scored 12 goals in 65 appearances for the first division club.

He led Omonia Nicosia to the Cypriot First Division title and Super Cup in the 2020-21 campaign.