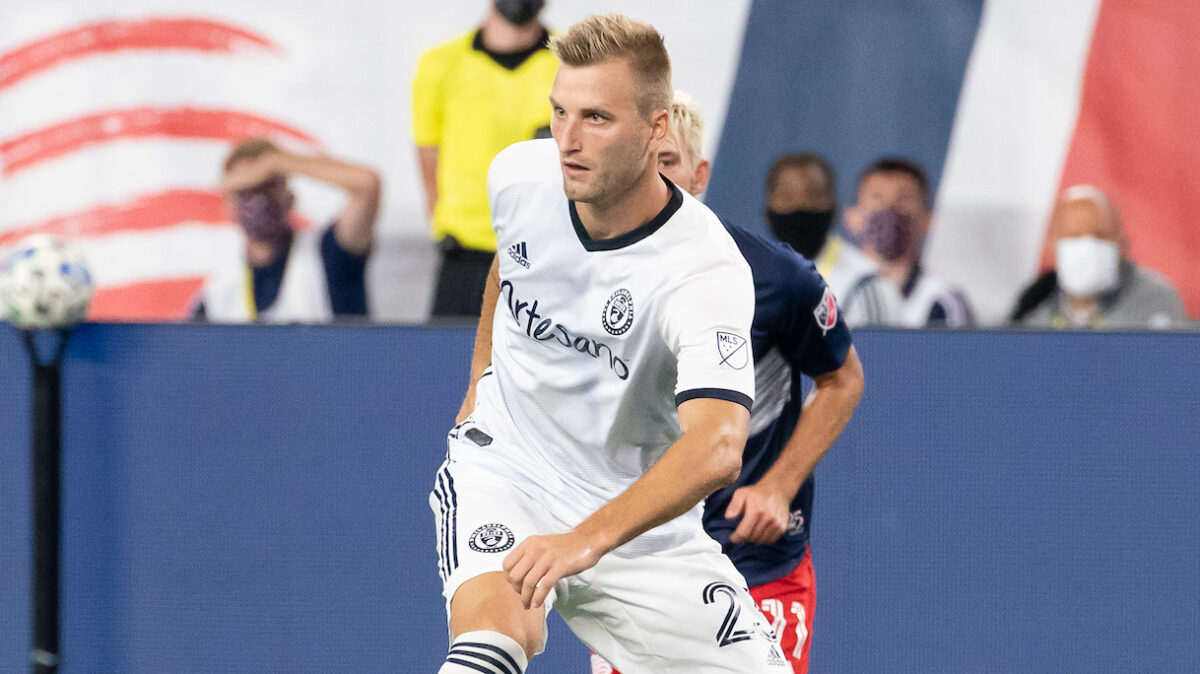 The Chicago Fire needed striker help heading into the 2022 MLS season and Ezra Hendrickson’s side filled that void on Saturday with a player who has a track record of scoring in Major League Soccer.

Kacper Przybylko joined the Fire in a trade with the Philadelphia Union on Saturday, making a move for the first time in his MLS career. In exchange, the Union received $1.15 million in total General Allocation Money, which will be divided into $575,000 in 2022 and $575,000 in 2023. Przybyłko is now under contract with the Fire through the 2023 campaign.

“We’re very pleased to add a player of Kacper’s caliber to our roster,” said Fire sporting director Georg Heitz. “Going into the offseason, we wanted to sign a top attacking player with MLS experience and Kacper has been one of the most effective goal-scorers in this league over the last three seasons. With his physical attributes and knack for scoring goals, we believe that he will be a great addition as we continue to build a talented roster for 2022 and beyond. We look forward to welcoming him and his family to the Club.”

The 28-year-old joins the Fire after spending the past three seasons with the Union, where he notched 35 goals and 14 assists in 83 appearances. Since making his MLS debut in April 2019, Przybyłko’s 35 goals are tied for the third-most in the league.

Przybylko won the Concacaf Champions League Golden Boot in 2021, helping the Union reach the semifinals for the first time in their history.

The Fire failed to make the the playoffs in each of the last four MLS seasons.

Crew signs Will Sands after trade with NYCFC

The Columbus Crew added youth to their roster Friday after adding defender Will Sands in a trade with New York City FC.

Sands, the brother of NYCFC and U.S. men’s national team midfielder James, was acquired by the Crew in exchange for $50,000 in GAM. Sands signed a one-year MLS contract with the Crew, which includes two option years for 2023 and 2024.

Sands has also represented the U.S. under-17 and under-19 men’s national teams.

The 26-year-old joins the Galaxy after totaling 17 goals and 21 assists in 225 games played for Toronto FC. Notably, Delgado was part of the treble-winning Toronto FC side that claimed the Canadian Championship, Supporters’ Shield and MLS Cup in 2017 under current L.A. Galaxy head coach Greg Vanney.

The Galaxy will push for a bounce-back season in 2022 after failing to miss the playoffs for a second-consecutive year.

McCarthy joins the Western Conference club on a one-year deal, which includes an option for 2023. The 29-year-old makes the move from Inter Miami, where he spent the last two MLS seasons.

The veteran goalkeeper has registered seven clean sheets in 42 league appearances. McCarthy originally came into the league with the Philadelphia Union after a stellar collegiate career at La Salle University, where he finished his career as the program’s leader in saves, shutouts, and games played.

“John brings great MLS experience to our club and will provide depth to our roster,” LAFC co-president & general manager John Thorrington said in a release. “We expect he will help our team both on and off the field.”

The 21-year-old Torres, who can play as a striker or winger, has recorded 16 goals and 15 assists in 71 appearances across all competitions for Penarol.

Internationally, Torres has been capped 10 times for Uruguay across Copa America 2021 and Conmebol World Cup qualifiers. He previously completed for Uruguay at various youth levels.

Orlando City was eliminated in the first round of the MLS Cup Playoffs in 2021.