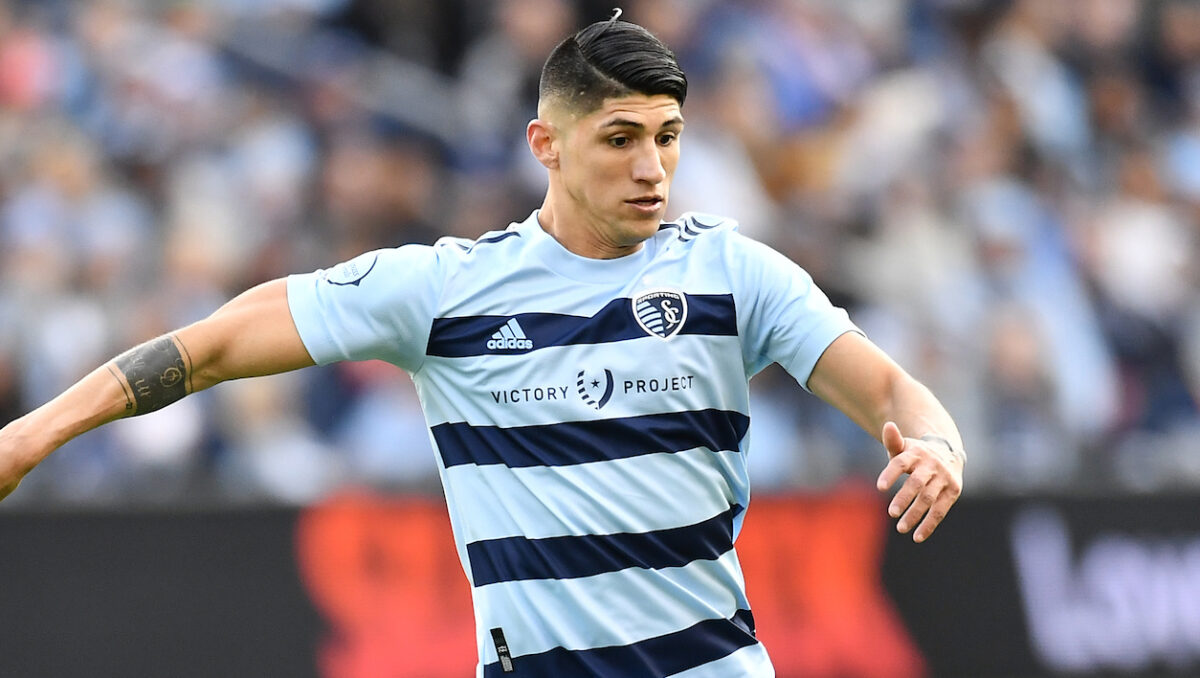 Alan Pulido is a key piece of Sporting Kansas City’s attacking front, but the Mexican international will not see the field in 2022, leaving a major hole in Peter Vermes’ squad.

Sporting KC announced Tuesday that Pulido will undergo knee surgery later this month, ruling him out for the entire 2022 season. Pulido originally underwent knee surgery in October, but will now undergo a second procedure and is expected to be sidelined nine-to-12 months.

The 30-year-old heads into the final two years of his contract with SKC, which is set to expire in 2023. Pulido scored eight goals and registered three assists in 22 combined appearances for the Western Conference club in 2021.

Pulido has contributed 14 goals and eight assists in 34 combined league outings for SKC over this two seasons in MLS. His absence will now force a larger role on Johnny Russell and Khiry Shelton in the SKC attack this season.

Here is a closer look at all of Tuesday’s MLS news:

Diop’s deal will take him through the 2022 MLS season, and includes a club option for the 2023 campaign. The 28-year-old originally trained with Inter Miami for much of 2021 after previously spending three-and-a-half seasons with CF Montreal.

“Clément is an experienced professional and we’ve seen his talent firsthand as he trained with Inter Miami since September. We’re happy to have him officially join the team and add to our already strong goalkeeper group,” said Inter Miami chief soccer officer and sporting director Chris Henderson.

Diop has totaled 82 combined MLS appearances during his career, spending time with both CF Montreal and the L.A. Galaxy. The Paris-born goalkeeper represented France with several youth national teams before switching his allegiance to Senegal in 2017.

Inter Miami now has three goalkeepers signed for 2022, with Diop joining Drake Callender and Nick Marsman on the roster.

Minnesota United retained a veteran presence in its backline on Tuesday, re-signing Brent Kallman to a two-year deal.

Kallman has spent his entire professional career with the Loons since he first joined the club in 2013. The center back has made 87 MLS appearances in six seasons for Minnesota United, scoring four goals and adding one assist.

Kallman’s return to the club gives Adrian Heath eight defensive players signed for the 2022 MLS season. The Loons reached the MLS Cup Playoffs last fall, but were eliminated by the Portland Timbers in the first round.

Minnesota United opens its 2022 league schedule on Feb. 26 at the Philadelphia Union.

Ryan Shawcross will not be returning to Inter Miami in 2022 after announcing his retirement Tuesday.

Shawcross, 34, joined Inter Miami in Feb. 2021, but was reduced to only 12 appearances before suffering a season-ending back injury in August. The England native played 16 seasons as a professional player, totaling over 400 matches with Stoke City and captaining the club since 2010.

Prior to his move to Stoke City, Shawcross also spent time with Manchester United and Royal Antwerp. The center back also earned one cap for the England national team, appearing in a friendly against Sweden back in 2012.