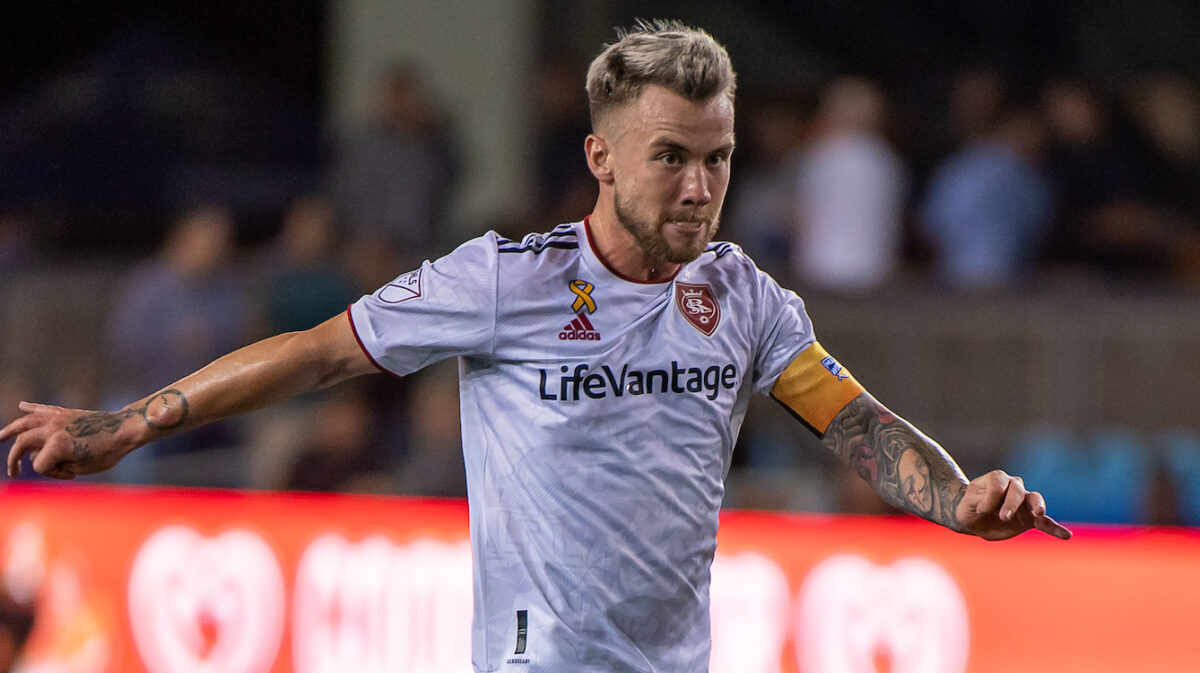 The Seattle Sounders filled their third and final Designated Player spot on Thursday, bringing in one of MLS’ more recent productive attacking stars.

Albert Rusnak joined the club on Thursday, signing a two-year deal with the Sounders, which includes a club option for 2024. The 27-year-old Slovakian has totaled 41 goals and 39 assists in five seasons previously with Real Salt Lake.

“We are very excited to welcome such a quality player like Albert to Seattle,” said Sounders FC General Manager & President of Soccer Garth Lagerwey. “At 27, he is in the prime of his career and already knows our league very well. We’re confident his addition puts our roster in a very good position to succeed in 2022.”

Rusnák is coming off a 2021 season where he scored a career-high 11 goals to go along with 11 assists, while starting all 34 MLS regular season games for RSL. Prior to his move to MLS, Rusnak played with Dutch Eredivisie side FC Groningen for three seasons.

Rusnak will join a lively Sounders attack which already features Raul Ruidiaz, Jordan Morris, and Nicolas Lodeiro. The Sounders were eliminated in the first round of the MLS Cup Playoffs in 2021, losing to Real Salt Lake at Lumen Field in a penalty shootout.

Here’s all of Thursday’s MLS news:

Espinoza ranks third in club history with 335 appearances, while also playing a part in three U.S. Open Cup titles. The midfielder has totaled 12 goals and 43 assists during his time with the club over two separate stints.

SKC was eliminated in the second round of the MLS Cup Playoffs in 2021.

Valencia joins from Deportivo Cali and has signed a three-year contract, which includes an option for 2025. The 25-year-old will occupy an international roster spot on Austin FC’s roster.

“I’m very excited to come to Austin,” said Valencia. “It’s such an amazing city, with great support for the Club and everything needed to compete for trophies. I want to thank Claudio and Josh for their support, and I look forward to all of the great moments ahead.”

A Colombia native, Valencia made 73 appearances in all competitions for Deportivo Cali, registering one goal and one assist en route to helping the club win two Colombian First Division titles. In addition, the midfielder spent time on loan with Cúcuta Deportivo in 2017 and two seasons on loan with Unión Magdalena in 2018 and 2019, helping Unión win promotion to the Colombian top flight for the 2019 season.

Austin FC failed to make the playoffs in its inaugural season in 2021, but will hope for better success in Josh Wolff’s second season in charge.

J.T. Marcinkowski will continue to play a leading role for the San Jose Earthquakes after re-signing with the club on Thursday.

Marcinkowski, a former Homegrown player with the Western Conference club, signed a new deal through 2024. The 24-year-old Marcinkowski, 24, earned the No. 1 job in San Jose in 2021 and ranked second in MLS with 129 saves.

“JT has quickly become a leader on the field and a role model in the community,” San Jose general manager Chris Leitch said. “Not only is he someone our academy players can look up to, but he’s developed into one of the best young goalkeepers in all of Major League Soccer.”

Marcinkowski has registered 10 clean sheets in 49 appearances with the Quakes. He’s appeared in three USMNT camps and previously represented the USMNT U-23 and U-20 national teams in competitive play.

Abu Danladi is back with Minnesota United after rejoining the club on a one-year deal on Thursday.

Danladi, a former No. 1 overall pick by the Loons in the 2017 MLS Draft, made a total of 67 appearances with 11 goals and six assists to his name. The forward also played two seasons with Nashville SC, totaling three goals and one assist in 26 appearances for the club.

“I’m really pleased because I think we as a club, and Abu [Danladi], have a little bit of unfinished business,” said Loons head coach Adrian Heath. “Everybody knows I was really disappointed when we lost him [in the Expansion Draft]. There’s a top player there. I love him as a kid and he’s got great potential. People forget that he scored eight goals in his first year as a professional and if we can get him back to playing in that vein of form, then I know we’ve got somebody who can contribute for years to come.”

The 26-year-old will add some needed experience to the Loons attacking corps in 2022.